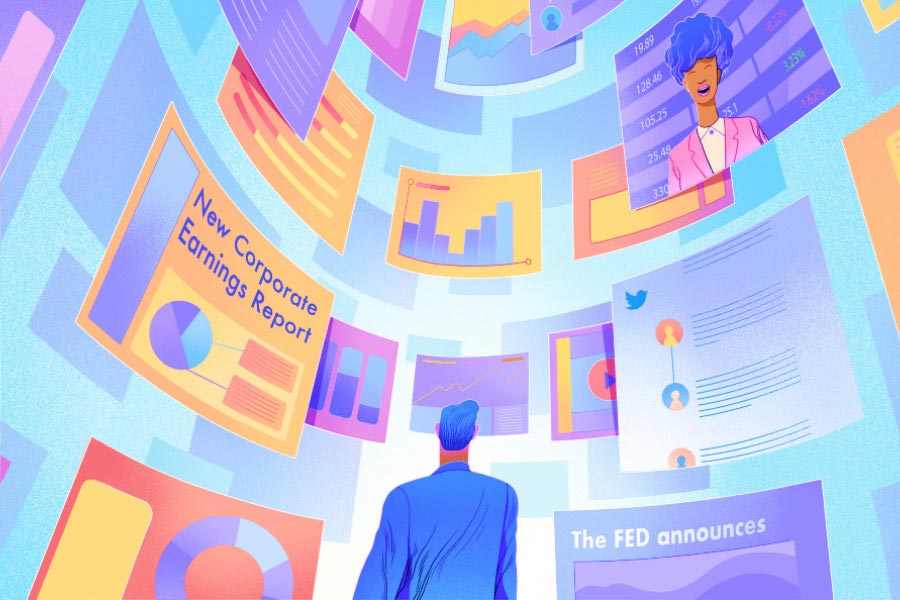 There's no shortage of financial news, to say nothing of the reaction to it. But how should you trade in response to such information?

Let's look at the four most common types of "news" moving the markets today and how you could position your trades to ride the ripple effects.

The release: Quarterly earnings reports can trigger some of the most volatile—and potentially profitable—periods for trading a company's stock. The key here is usually how the numbers compare with analysts' expectations. However, many companies appear to be conservative in their estimates ahead of their releases, which can often lead them to exceed expectations. In fact, in the first quarter of 2021, 86% of S&P 500® Index companies reported better-than-expected earnings, according to the financial research firm FactSet.

The response: Consider waiting to trade on earnings until after the company-hosted call, during which officials may talk about the underlying health of the business, revise their outlook for future earnings, or reveal other data not made available in the earnings release. For example, when social media giant Twitter posted better-than-expected first quarter earnings in April 2021, its stock still plunged more than 15% after its forward-looking guidance fell short of expectations (see "Sudden drop," below).

Traders who tried to get ahead of Twitter's earnings announcement (E) on April 29 may have suffered significant losses when the company's less rosy revenue outlook caused the stock to plummet in after-hours trading.

Examples provided are for illustrative purposes only and not intended to be reflective of results you can expect to achieve. Past performance is no guarantee of future results.

The release: U.S. government agencies periodically report various data on the health of the economy. Generally speaking, the most tradable are:

The response: Again, be mindful of expectations when trading in response to economic data. Many news sites report economists' consensus outlook ahead of time, and the market will often move—at least initially—based on whether the numbers are better or worse than the median estimates. However, sentiment can change once investors have had a chance to dig into the details, so beware of trading on the data too soon.

The release: Tracking the Federal Reserve and the direction of monetary policy isn't just about trading on rate hikes or cuts. While those decisions—made by the Fed's rate-setting Federal Open Market Committee (FOMC)—are important, they are often widely telegraphed by Fed officials ahead of time. What's most influential is the FOMC’s forecast for interest rates and other policies moving forward.

The response: Traders should keep an eye on the statement that accompanies the Fed's rate decision after each of its eight scheduled meetings every year; even slight changes in wording from meeting to meeting can lead to significant market moves. Similarly, changes to the Fed's dot plot—which represents the view of each voting member for the federal funds rate target range—can influence stock prices. Traders also should look for changes in tone when Fed Chair Jerome Powell holds a press conference after each FOMC meeting. Following the June 2021 meeting, for example, stocks fell after Powell said Fed officials were "talking about talking about" tapering—a reference to a potential slowdown in the pace of the central bank's monthly bond purchases since the pandemic began.

The release: Unscheduled policy announcements can have a dramatic impact on stock prices. Unfortunately, by the time actual legislation is approved—if it's approved at all—it's usually already baked into valuations. The Biden administration's $2 trillion infrastructure proposal, for example, helped boost industrials in the first half of 2021, but subsequent compromises reduced the scope of the proposal—and with it, investor enthusiasm for the sector.

The response: Those looking to capitalize on potential policy shifts should heed the adage, "Buy the rumor, sell the news." That is, consider entering a trade around the time the policy is announced—when expectations are often at their peak—and exiting before that blue-sky proposal is inevitably brought down to earth.

General rules of the road

In addition to the tips above, it can be helpful to try the following tactics:

And remember: Letting a little time elapse after news breaks can bring clarity—and even a complete reversal in an individual stock or the broader market—so don't jump the gun if you aren't feeling confident in your reading of the latest news. 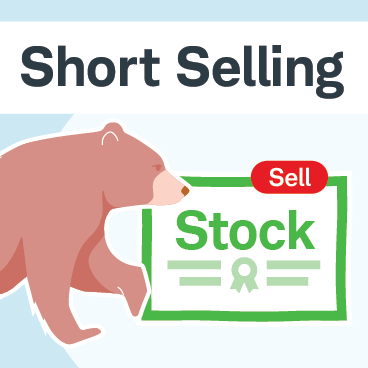 Short Selling: Can You Profit from Falling Stocks?

Watch to learn how short selling, or shorting, a stock allows investors to sell a stock high, buy it low, and pocket the difference.

All corporate names are for illustrative purposes only and are not a recommendation, offer to sell, or a solicitation of an offer to buy any security. The policy analysis provided by the Charles Schwab & Co., Inc., does not constitute and should not be interpreted as an endorsement of any political party.

Investment returns will fluctuate and are subject to market volatility, so that an investor's shares, when redeemed or sold, may be worth more or less than their original cost. Unlike mutual funds, shares of ETFs are not individually redeemable directly with the ETF. Shares of ETFs are bought and sold at market price, which may be higher or lower than the net asset value (NAV).