January 15, 2016
A graphic designer retires for health reasons and then discovers a fulfilling second career working with chemotherapy patients.

My career path has taken a couple of bends and twists. I used to be a graphic designer, and then I had to retire for medical reasons. Having had cancer myself, I found an opportunity to work with people who had chronic illness. Eventually that led to me working in an art therapy program with people who are receiving chemotherapy in a major cancer center.

I visit each patient and ask them if they would like to engage with me, and I’ll show them some samples of what we might do or get their ideas of what they would like to do. And then if they would like to participate, I go get my stuff and I sit down with them, and we set up and we start having fun. It could be anything. It’s largely for distraction on their part. It’s to make them feel better about themselves. It’s about the therapeutic value of having someone sit across from you and talk. And I just—I love that.

In my first job, I was really dealing with one project after another after another. I had to produce something that looked as perfect as it was going to get. In this job, the product is not the important thing. The product is a means to an end. And that end is making someone feel better.

I decided that I could live on a little bit less in order to be able to help other people. So maybe I don’t go to the theater as often as I would have, but that’s okay with me. And my husband and I have always been cognizant about saving money. [And I] continue to put as much money as I can into our investment accounts because I know that it’s important and we’re going to need that as we get older.

I would advise people who are already retired or are considering retirement now to look for avenues in which they are following their heart and their interests, something that gives them purpose in their lives. 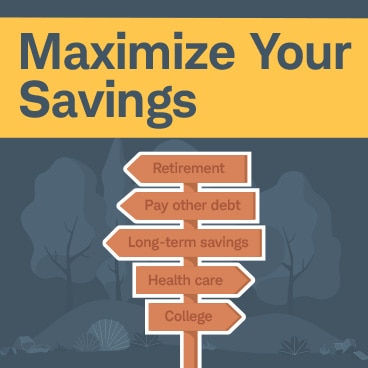 How to Prioritize Your Savings

How should you save money? There is a hierarchy most people can consider following, starting with saving for retirement. 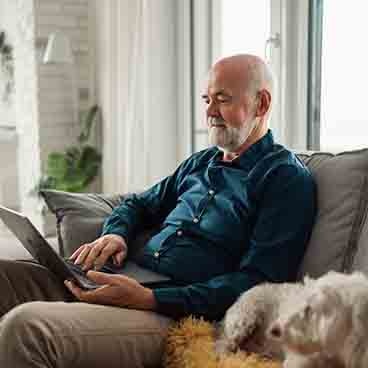 How to help ensure you pay your fair share once you're no longer working.

Data contained herein from third-party providers is obtained from what are considered reliable sources. However, its accuracy, completeness or reliability cannot be guaranteed.