Is Market Volatility Keeping You on the Sidelines? Consider Dollar-Cost Averaging

July 8, 2020 Carrie Schwab-Pomerantz
Dollar-cost averaging is a great way to stay on track during times of market volatility.

I have money sitting in a low-interest savings account that I've been planning to invest but I keep procrastinating. Should I take the plunge now or wait to see if the market falls more? I understand the concept of buying low but it makes me nervous to invest so much now if the markets go down more.

This is a great question and I’m so glad to be able to respond. Recently I’ve been hearing from many investors like yourself who are caught off base and not sure how to react. And given the extraordinary volatility of the markets (in fact, March 2020 was the most volatile month in the stock market's history), this hesitancy is completely understandable.

But as someone who has lived through other crises, from the technology blow-up in 2000 to the 9/11 terrorist attacks to the Great Recession in 2008, I’d like to offer some perspective, a tactic, and hopefully some reassurance along the way.

A look back in time

First, some historical perspective about the stock market. A dollar invested in Treasury Bills in 1926 would be worth about $22 through the end of April, 2020. In contrast, a dollar invested in the large U.S. company stocks in 1926 would be worth about $8,368. Yes, the road to more riches in the stock market was much, much rockier, with lots of sometimes dramatic ups and downs, but the outcome was overwhelmingly positive long-term.

Dollar-cost averaging to the rescue

Which brings me to an approach I believe will help. I briefly mentioned this tactic, called ‘dollar-cost averaging,’ in last week’s column, but I’d like to go into more detail here.

Here’s how it works: Every month (or at any regular interval; for example, every two weeks if you're automatically adding money to your 401(k) from your paycheck), you invest a set amount of money, regardless of how the stock market is performing. The beauty of this approach is that when the markets are down and prices low, you're able to purchase more shares for your money. Conversely, when markets are up and prices high, you purchase fewer shares.

Here’s a hypothetical example. Let's say you invest $100 the first day of every month for six months in a fund whose value fluctuates wildly month to month: from $10 per share to $5, to $6, back to $5, to $8, and then back to $10. With dollar-cost averaging over this six-month period, you invest a total of $600 dollars and purchase just a tad over 89 shares, for an average cost of $6.73/share and an ending value of about $892. If instead you'd invested the entire $600 at the beginning of the six months, you'd have only purchased 60 shares, with a much higher average cost of $10/share that would be worth $600 at the end of the six months.

Of course, the results will vary depending on the real numbers. If the fund had continued to decline, which you state is your biggest fear, with dollar-cost averaging you'd have purchased even more shares over the six months.

On the other hand, if the fund had continued to go up every month, you'd have been better off investing all of your money at once instead of spreading it out. As I pointed out earlier, while the road can be rocky (particularly over the short term), over longer periods of time the stock market tends to rise. In this way, dollar-cost averaging isn’t a guarantee of the biggest profit, or an absolute protection against a loss, but it is a great way to stay the course during a volatile market.

An antidote to market timing

A built-in benefit of dollar-cost averaging is that it is an antidote to market timing. We all hear about people who want to find that perfect moment to invest and make a killing. And I hear you when you say that you don’t want to invest just to see your values go down. But at Schwab we have a saying that it’s time in the market, not timing the market, that matters. In fact, the length of time you invest matters much more than entering the market at the best time.

Let me share some more statistics that illustrate this point. Investments in stocks have outperformed cash over every 20-year period from 1926 to 2019, by a large margin. During these 90-plus years, the average ending wealth for an investor who put $2,000 a year in cash investments for 20 years is approximately $64,500. The average ending wealth for an investor who put their $2,000 a year in the stock market with perfect timing (always investing at the low) is approximately $175,000. And the most interesting data point of all is that the investor who put their $2,000 in the market on the first day of the year, without any thought for timing, would end up with approximately $162,000.1 In other words, they made almost as much as the perfect timer, and outperformed the procrastinator by a three-fold margin.

Let me repeat: perfect market timing (which in reality, even the experts can’t implement) doesn’t make nearly as much difference as consistency, year over year. And one of the easiest ways to do that? Dollar-cost averaging.

Invest for the long term

The biggest message I’d like to share is that investing in the stock market is a long-term endeavor. Although the volatility we've experienced lately has been extreme, dealing with volatility is part of investing. Because the stock market is very reactive to all sorts of external events, most of which we can’t predict, money you'll need within four to five years typically should not be in stocks. (Historically, the average time from the peak in an up market to the trough in a down market and back up again has been about three and a half years. The current COVID-19 downturn could be longer or shorter.)

To illustrate, let’s go back to our dollar-cost averaging example. It's possible the fund you purchased would continue to decline for many months. If you then needed the money and were forced to sell, you'd have to accept that loss and that could affect your ability to meet your financial goals. But if you're investing for a long-term goal, the temporary decline doesn’t matter as much. In fact, that temporary decline may give you the opportunity to purchase more shares, potentially setting you up for a bigger profit if the fund goes up.

Despite the wild gyrations of the last several months, the stock market remains the best place I know to build long-term wealth. Again, it's not a way for the average investor to make a quick profit. But for investors who have a long timeframe, the stock market is likely exactly where you want to be. Start slowly, but start now and continue to invest regardless of market conditions. Procrastination is not your friend.

1Schwab Center for Financial Research. Stocks are represented by the S&P 500® Index with all dividends invested, and cash investments are represented by the Ibbotson US 30-Day Treasury Bills. Indices are unmanaged, do not incur fees or expenses, and cannot be invested in directly. For additional information, please see Schwab.com/IndexDefinitions. Supporting documentation for any claims or statistical information is available upon request. The Schwab Center for Financial Research is a division of Charles Schwab & Company, Inc. 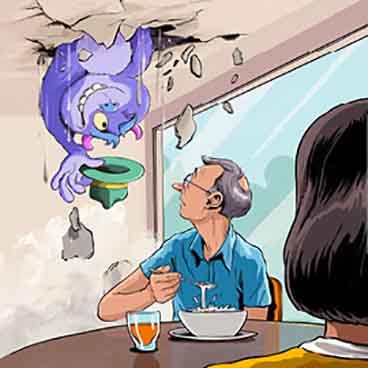 These unexpected expenses can derail your retirement. Here's how to get ahead of them. 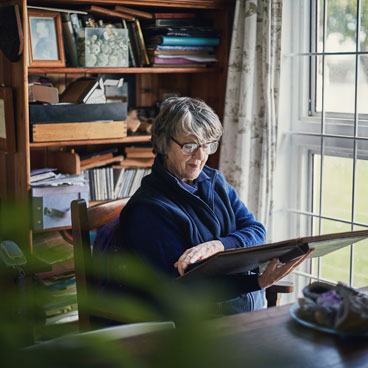 Suddenly Alone—Where Can You Turn for Help?

It's hard to focus on finances after losing a spouse. But there are resources to turn to for help and support. 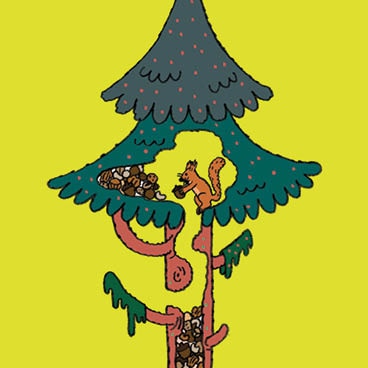 New Savings and Gifting Limits for 2022

How new contribution and exemption limits can help further reduce your taxes.