When Is the Best Time to File for Social Security?

February 11, 2020 Carrie Schwab-Pomerantz
Don't lose out on valuable benefits by collecting Social Security too early. Carefully weigh your options to get the best return on your money. 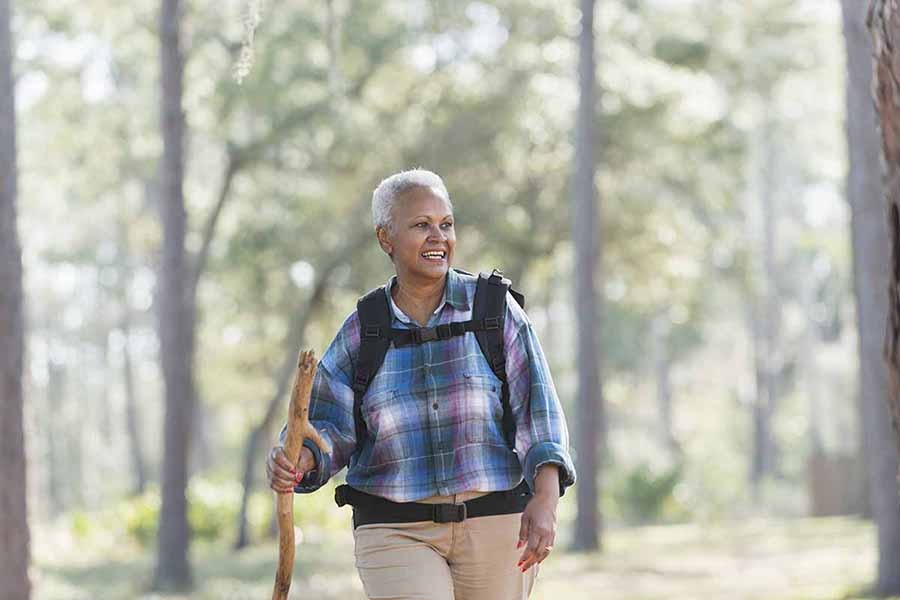 Editors' Note: This article is excerpted from The Charles Schwab Guide to Finances After Fifty, available in bookstores nationwide. Read more.

When is the best time to file for Social Security benefits? This straightforward question is among the hardest to answer. In fact, the entire Social Security system, which is intended to be fair and accessible, is mind-numbingly complex. The unfortunate result is that many retirees lose out on valuable benefits, generally because they choose to start to collect too early.

You are eligible to start collecting Social Security retirement benefits at age 62. However, by claiming as soon as you can, your benefits are permanently reduced. But if you wait until what the Social Security Administration calls your full retirement age (FRA), which is 66 for those born between 1943 and 1954, you’ll get a larger monthly benefit based on your work history, known as your primary insurance amount (PIA). If you were born after 1954 your FRA is somewhere between ages 66 and 67.

After you reach your FRA, assuming you continue to wait, your monthly benefit will continue to increase until you reach age 70— at which time you max out. The rationale is clear: You can get a smaller payment for a longer amount of time or a larger payment for a shorter amount of time. In theory these two balance out over time, at least when looking at data for millions of people. But when you’re thinking about what’s best for one person or one couple, the averages don’t apply. Once you understand how the system works, you are in a position to make the best decision for your own situation.

What the Numbers Tell Us

A comprehensive 2012 study by economists John Shoven of Stanford University and Sita Slavov of Occidental College identifies the conditions when it is most advantageous to delay Social Security benefits. They conclude that gains from delaying are greatest:

Think About Your Life Expectancy

According to the Social Security Administration, the typical 65-year-old today will live to around age 84, one in four will live to age 90, and one in ten will live to 95. Women have a slightly higher life expectancy than men, and the odds are even better that one person in a married couple will outlive the averages.

Then consider that for a person born between 1943 and 1954, delaying the start date from age 62 to age 66 increases benefits by roughly 33 percent. Delaying to age 70 results in an increase of 76 percent. But keep in mind that these figures don’t assume inflation increases.

A break-even analysis shows you how long you have to live to increase your overall benefit. For example, let’s say that you’re entitled to a $1,000 monthly benefit at age 66. If you start collecting benefits at age 62, your monthly draw will be reduced to $750. If you hold off until age 70, your monthly benefit will increase to $1,320. Take a look at the following chart.

Of course you can’t predict how long you will live. But if you’re healthy and longevity runs in your family, most likely you’ll increase your lifetime benefit by postponing your start date.

But according to the Social Security Administration, most eligible workers file for benefits before their FRA, with around 45% claiming at 62. So before you file for Social Security benefits, be sure to calculate your benefits over your anticipated life span.

Every year that you delay collecting Social Security between the ages of 62 and 70, your monthly benefit will increase between about 6 and 8 percent. If you were born between 1943 and 1954, and your FRA is 66, the numbers look like this:

Now compare these rates against the return you could get from a very low risk investment like U.S. Treasuries or an insured savings account. Clearly, the lower the prevailing interest rates, the more you stand to benefit over the long run by delaying Social Security. This is particularly true when you think about what economists call “real” interest rates, or the rate you earn after inflation.

As an example, let’s say you’re 64 and trying to decide whether to tap into your 401(k) savings or collect Social Security. If part of your 401(k) is invested in Treasuries, in 2020 you’re effectively earning no interest after inflation. You’ll get a better return by withdrawing those funds and allowing your Social Security benefit to grow.

Or let’s say that you’re considering buying a commercial annuity that will pay you for life. By instead choosing to delay Social Security, you are in effect buying an inflation- adjusted annuity from the U.S. government. The primary difference is that you most likely get a better rate. The lower the prevailing interest rates, the better the deal.

However, when the economy recovers and interest rates rise, this may not be the case. Shoven and Slavov conclude that delaying Social Security is most advantageous when real interest rates are 3.5 percent or lower.

Think About Your Income from Other Sources

If you don’t have enough savings and are dependent on Social Security income to pay for necessities, you may have no choice but to collect Social Security as soon as you can. But if you have savings or income from other sources, and can afford to postpone your start date, you will likely benefit by delaying.

Also realize that if you file for Social Security benefits before your FRA but you continue to work, and your earnings exceed certain limits, part of your benefit will be temporarily withheld. In 2022, if you file for benefits at age 62, $1 in benefits will be withheld for every $2 you earn above $19,560. In the year you reach your FRA, $1 is deducted for every $3 you earn above a higher limit, currently $51,960. Once you reach your FRA there is no earnings deduction, and you will get the money previously withheld in the form of a higher benefit.

If you are divorced but were married for at least ten years and are currently unmarried, you can still collect a benefit based on your ex’s record. Unfortunately, unmarried couples don’t have spousal rights under Social Security.

Working as a team, spouses have some choices that can significantly boost their combined benefit. A warning, though: These types of strategies can get very complex, and their effectiveness depends on a number of variables, including the difference in ages and earnings records between the two spouses.

With the first strategy, sometimes called the “62/70 split,” the lower earning spouse takes Social Security as early as age 62 and the higher earning spouse postpones filing until age 70 to maximize his or her benefit. With this scenario, the couple receives some Social Security income now (albeit at a reduced rate) and a higher survivor benefit later.

Alternatively, the higher earner could file for benefits at 70 and the lower-earning spouse could claim at their FRA. This strategy, allows the lower earner to collect a higher benefit compared to claiming at 62, while the higher earner’s benefits continue to grow. The couple could also claim at FRA/FRA or 70/70 depending on their objectives and when they need the income.

The only way to determine if any of these strategies will work for your family is by crunching the numbers. So if you’re married and want to maximize your joint Social Security benefits, I highly recommend that you consult with a financial advisor who has in-depth knowledge of the Social Security system.

Think About Your Tax Situation

What Uncle Sam gives, he also takes away in the form of taxes. Regardless of when you retire, up to 50–85 percent of your Social Security income may be taxable if your modified adjusted gross income (MAGI) reaches certain levels. Be aware that different sources of income from pensions, required minimum distributions, or investment income, for example, can impact the taxability of Social Security income. Qualified distributions from a Roth IRA or Roth 401(k), for example, do not, but Traditional IRA and 401(k) distributions do.

Bottom line? The most common error people make when it comes to Social Security is starting to collect their benefit too early. Yes, it’s tempting to take the money and run. But before you do, carefully weigh your options. On further scrutiny, you are likely to find that you will get the best return on your money by postponing and allowing your monthly benefit to increase. 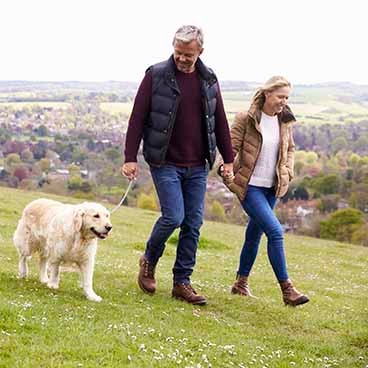 A Guide on Taking Social Security

You may be eligible to collect Social Security as early as 62, but waiting until age 70 yields greater benefits for most people. Here's how to decide. 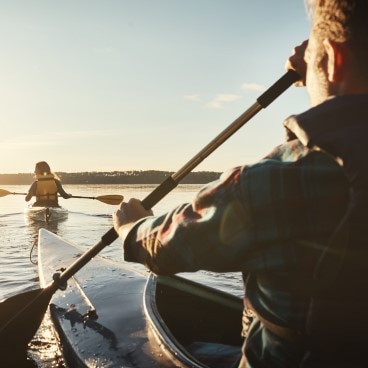 6 Things to Do If You're Nearing Retirement

Planning to retire in 10 years or less? Find out what you need to know and do for a smoother transition. 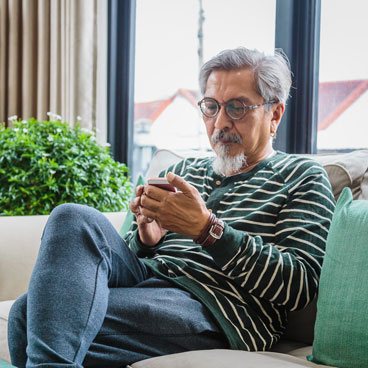 Should I File for Social Security Now or Later?

You don't have to file for Social Security the moment you retire. In fact, most people will benefit by waiting.