June 12, 2020
Learn about what a bull trap is and why they show up during bear markets.

Why do short-term rallies often occur during bear market cycles and what do they look like? We explain the mechanics behind bull traps and give an example from 2008. 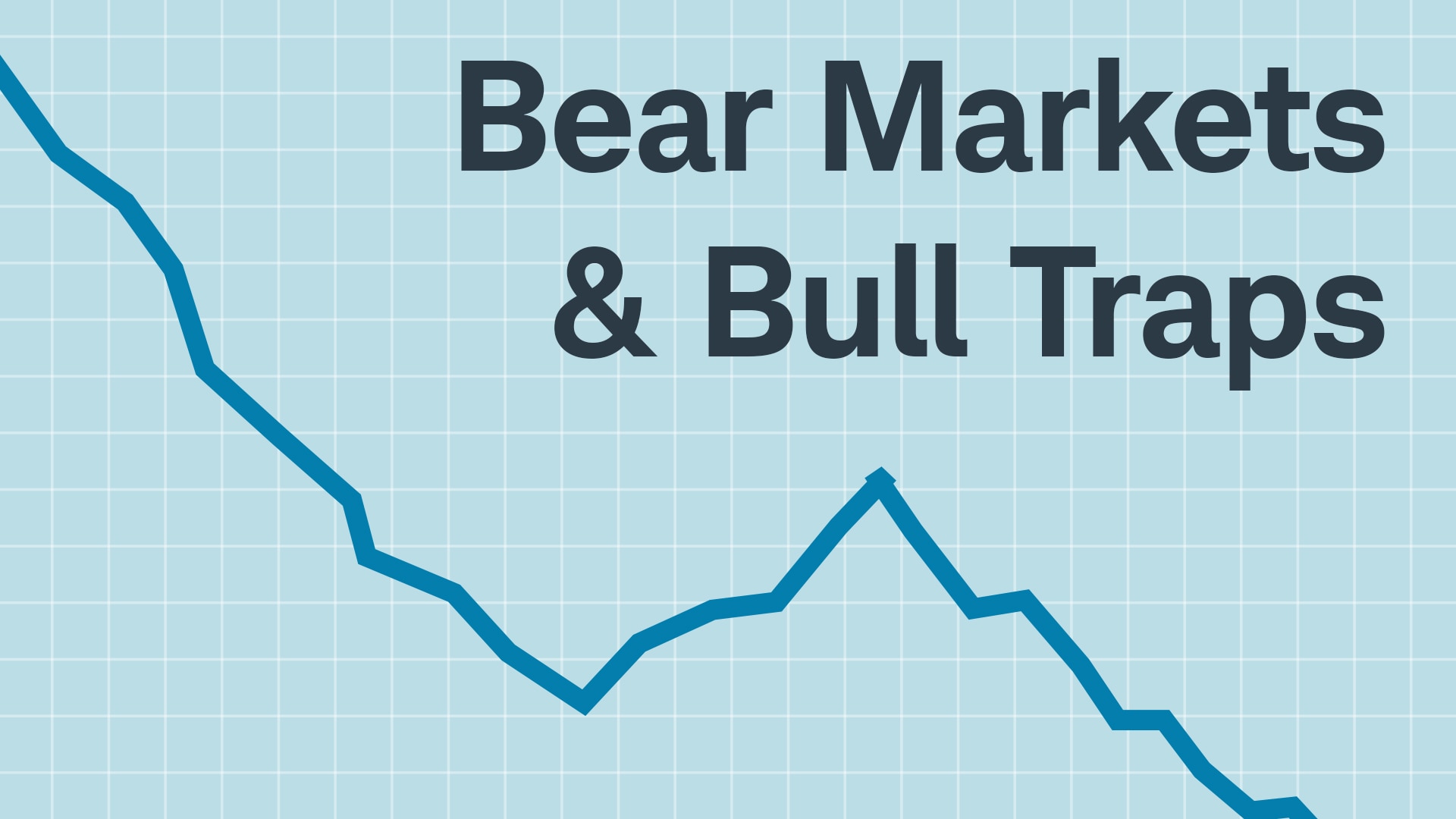 In falling markets, traders need to be on the lookout for what are called “bull traps.” A bull trap refers to a short-term rally during a downtrend that “traps” the bulls who mistook it for the start of a new uptrend. Short-term rallies are actually pretty common within bear markets.

As a matter of fact, some of the largest up days in history have occurred in during bear market cycles. Why does this happen? After a prolonged bull market, investors have been conditioned to “buy the dip.”  After a sharp decline, “dip” buyers step in and the market starts to rise a bit. This initial rally then encourages other investors who think the worst is over and become fearful of missing out—creating a cycle of yet more buying.

A temporary rise in prices may also force some short sellers to buy back shares to protect their profits, leading to even more buying. At some point, though, traders who held tight through the start of the downtrend will come to see this temporary rally as an opportunity to offload losing positions at a slightly better price.

These sales, combined with short sellers re-establishing their short positions at the higher prices, may send stocks back into their pre-rally downtrend. So what does a bull trap actually look like? Here’s a prime example from 2008. At the end of October, the S&P 500 had a large up day, which many traders took as a sign that the worst was over. But after a few more days of gains, peaking on November 4th, the sellers soon returned and pushed the market to even lower lows.

The S&P 500 ($SPX) dropped 25% from its November 4th closing high to its November 20th closing low. That’s a massive amount of market damage in less than three weeks. So how do you know if you’re looking at a potential bull trap? We’ll cover that in the next video.

S&P 500 consolidates only about 6% shy of a new bull market.

Stocks rebounded after a lower open throughout the day to round out the week after a strong payroll announcement, which could lead to larger Fed rate hikes come next month.

Stocks give back early gains ahead of Friday’s July labor report.