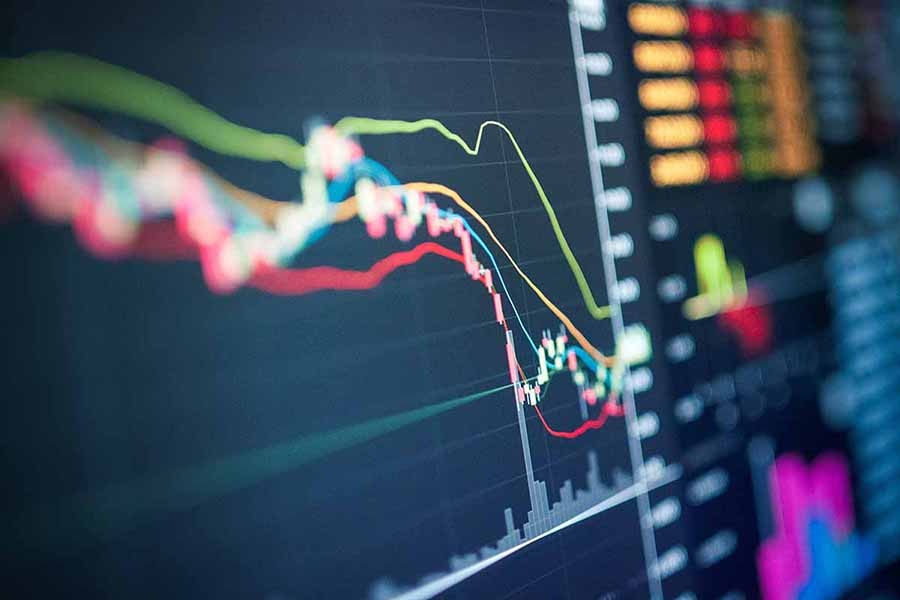 U.S. equities ended the day mixed, but the holiday-shortened week higher. Trading was subdued in today's abbreviated session, and a dormant economic calendar was unable to provide any sway. Equity news was also in short supply, but shares of Activision Blizzard fell in the wake of a report that mentioned Microsoft's $69 billion bid to acquire the video game maker could face some legal scrutiny from regulators. Meanwhile, the retail sector was in focus, as any data on how this year's Black Friday is shaping up was of heightened interest. Treasury yields diverged, and the U.S. dollar nudged lower, while crude oil prices declined, and gold traded higher. Asian and European stocks were mixed, as international markets continued to grapple with recent inflation data and its potential impact on monetary policy decisions.

Shares of Activision Blizzard Inc. (ATVI $73) saw pressure after Politico reported that the Federal Trade Commission is likely to file an antitrust lawsuit to block Microsoft's (MSFT $247) $69 billion takeover of the video game maker. If regulators decide to move forward with the case, it could come as soon as next month, according to people familiar with the investigation. Shares of MSFT dipped.

The markets also eyed any incoming sales reports from this year's Black Friday, as a record 166.3 million people are expected to shop over the long weekend, according to the National Retail Federation. The focus on the holiday shopping season came amid some disappointing results and warnings of sluggish sales from some retail behemoths like Target Corporation (TGT $163) and Macy's Inc. (M $24).

Q3 earnings season is in its final stages, and Schwab's Chief Investment Strategist Liz Ann Sonders discusses in her article, Disappearing Act: Earnings, how earnings weakness is starting to materialize across a broader swath of industries, with hits coming from a strong dollar, weaker demand, and aggressive monetary policy. You can follow Liz Ann on Twitter: @LizAnnSonders.

Read all our market commentary on our Insights & Education page, and you can follow us on Twitter at @SchwabResearch.

Market volatility continued this week amid the release of the rest of the October inflation picture, and stocks added to last week's rally that came in the wake of the softer-than-expected Consumer Price Index (CPI) data. Schwab's Liz Ann Sonders discusses in her latest article, Swing, Swing: Wild Week, how a better-than-expected October CPI report provided some relief and support for equities, but investors should be wary of low-quality leadership and, to some extent, crypto stress.

Inflation has been the driving factor behind the aggressive monetary policy from the Federal Reserve. The increase in bond yields and this year's rally in the U.S. dollar have fostered the choppiness in the markets. Schwab's Chief Fixed Income Strategist Kathy Jones discusses the bond and currency markets in her article, Markets to Fed: Slow Down, You Move Too Fast, noting how if these trends continue, the Fed may end up slowing its pace of tightening—but not stopping it. You can follow Kathy on Twitter: @KathyJones. Additionally, as noted in the latest Schwab Market Perspective: Stress Cracks, as the Federal Reserve continues to ratchet up the pressure with higher interest rates, cracks are beginning to appear beneath the surface of the U.S. economy.

Next week, with Q3 earnings season mostly in the books, the economic calendar will likely garner more attention, with some highly anticipated reports slated for release. The Conference Board's Consumer Confidence Index and personal income and spending will offer a look at consumers' psyche heading into the holiday season. The fist revision (of two) for Q3 GDP is on deck, as well as some manufacturing data, courtesy of the ISM Manufacturing Index and the Chicago PMI for this month. Pending home sales will put the finishing touch on the October housing portrait, while the weekly read on MBA Mortgage Applications and the S&P CoreLogic Case-Shiller Home Price Index are also set for release. Labor data will likely headline the week's docket, with initial jobless claims for the week ended November 26 and the ADP Employment Change report precursors to the October labor report on Friday. Fed Chairman Jerome Powell's speech on Wednesday at the Brookings Institution in Washington on the economy and labor market could also garner some heightened attention.

Please note: all U.S. markets traded in an abbreviated session today in observance of the Thanksgiving holiday, with the equity markets closing at 1:00 p.m. ET and the bond markets ending trading at 2:00 p.m. ET.

Stocks in Europe were mixed as investors continued to process the Fed's meeting minutes that indicated a tilt toward the possibility of less aggressive rate increases in the future. The markets also continued to assess this week's inflation data and its implications for interest rates going forward. Spain's PPI rose 26.1% y/y last month, well below expectations and down from the 35.6% rise posted in September. Recent lower-than-expected U.S. consumer and wholesale price reports have increased optimism that central banks, led by the Fed in the U.S., may be able to temper the aggressiveness in their rate-hike campaigns. The relentless rise in prices has been a key driver in the aggressive Bank of England (BoE) and European Central Bank (ECB) monetary actions, as well as across the globe. However, Schwab's Chief Global Investment Strategist Jeffrey Kleintop, CFA, discusses in his latest article, Central Banks Stepping Down, how central banks seem to be stepping down from aggressive rate hikes, and this could lead to a year-end "Santa Pause" rally for stocks. You can follow Jeff on Twitter: @JeffreyKleintop. The focus on inflation also came amid hopes of a positive holiday shopping season, as preliminary Black Friday transactions, as measured by Barclaycard, showed that spending levels are in line with 2021 levels. In other economic news in the region, consumer confidence in Germany deteriorated, while business sentiment in Italy improved. The euro and British pound were lower versus the U.S. dollar, while bond yields in the Eurozone and the U.K. gained ground.

Asia mixed to close out week

Stocks in Asia were mixed as concerns regarding China’s response to its growing COVID outbreak continued to be in focus. In his latest article, Risk for 2023: China Reopening, Schwab's Jeffrey Kleintop notes that Chinese officials may be preparing to bring an end to China's zero-COVID policy but reopening the world's second-largest economy could bring inflationary challenges. Investors also continued to digest the inflation data being released, with Japan reporting that consumer prices in Tokyo rose 3.6% y/y, ahead of expectations and the highest since April 1982. The persistent rise in prices has been a main factor in the aggressive measure taken by central banks across the world, with the Reserve Bank of New Zealand upping its benchmark interest rate by 75 bps this week, the largest increase in the bank's history, as well as the Reserve Bank of Australia’s (RBA) decision to raise interest rates for a second-straight meeting. In the minutes from its November meeting this week, RBA members gave arguments in favor of either a 25 bp or 50 bp rate hike this month. While they did not rule out returning to larger increases, the medium-term inflation expectations did remain consistent with inflation returning to target, and members said they saw value in tightening in a consistent manner.

Next week's international economic calendar will deliver a host of reports that could shape market action, headlined by a number of manufacturing and services PMIs from across the globe. Meanwhile, Japan will release, retail sales, labor data and housing starts. Australia will provide a look at retail sales and trade data. In the Eurozone, CPI, PPI and consumer confidence will be reported, while Germany will offer import prices, retail sales, the trade balance, and the employment change.

Schwab Center for Financial Research ("SCFR") is a division of Charles Schwab & Co., Inc. The information contained herein is obtained from third-party sources and believed to be reliable, but its accuracy or completeness is not guaranteed. This report is for informational purposes only and is not a solicitation, or a recommendation that any particular investor should purchase or sell any particular security. The investment information mentioned here may not be suitable for everyone. Each investor needs to review an investment strategy for his or her own particular situation before making any investment decision. All expressions of opinions are subject to change without notice in reaction to shifting market conditions.

Apple Podcasts and the Apple logo are trademarks of Apple Inc., registered in the U.S. and other countries.