Your Schwab login credentials have been created.

On May 26, you will be able to use these credentials to log into Schwab to access your transitioned USAA account(s).

Until that time, please continue to work with USAA as you do today. For questions about the transition of your accounts to Schwab please visit usaa.com/transitionhub. 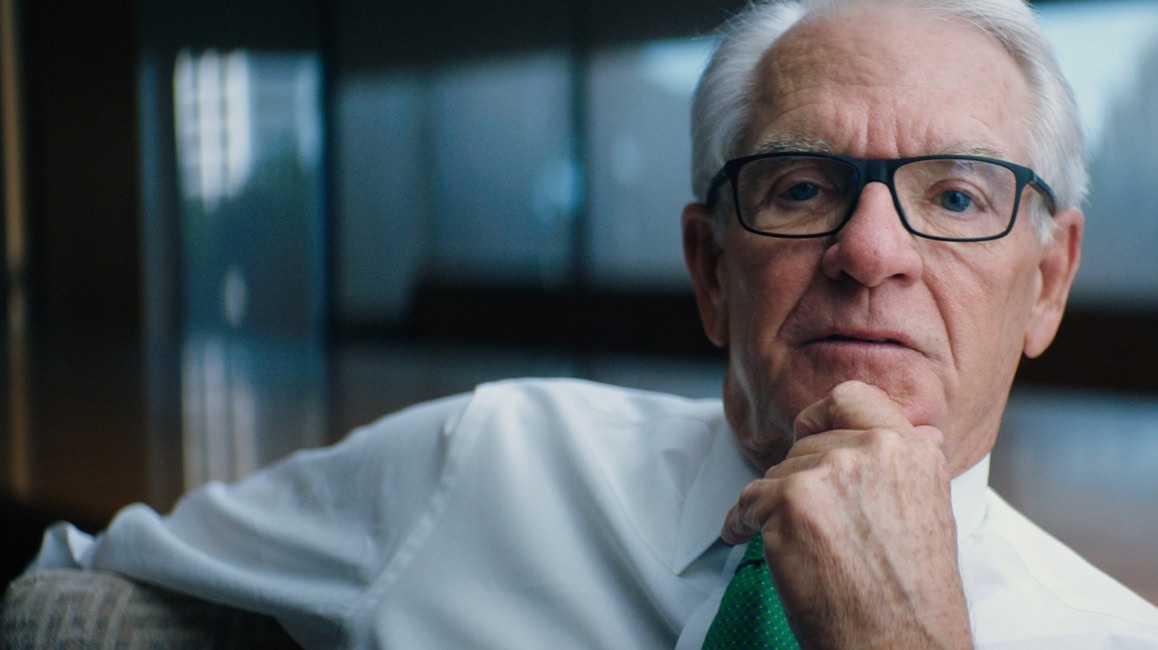 Hear from our founder

These are sort of tinted, but I'll put them on.

My prescription has changed a little bit, but this is basically what I look like, however, my hair was a little bit of a different color.

They had all the money.

That's where all the money was in the United States.

And I was an analyst and a portfolio manager.

So, I began really understanding the brokerage industry as such.

What I didn't want to be.

The broker would run into you someplace and sell you and say,

I've got a really good idea for you.

It's going to go to the moon.

You better hop on.

Inside information was rampant then.

Believe me, you made the right move.

You really think so?

Sure, we got the inside track.

Some people would call that being a con man.

That was the industry.

There was fixed prices, so extraordinarily high, only the wealthiest people in the world could participate.

It was a highly conflicted business.

I wanted to have a firm that was free of the huge conflicts that I saw in the business.

So, I started Charles Schwab and Company.

And I was a pariah, I was sure.

I was this little guy on the west coast and access to capital for me was a fundamental problem because I couldn't access Wall Street.

They didn't want to finance their competitor.

I mortgaged my house. You name it.

I went to relatives. I went to friends.

I hope Chuck doesn't come and ask me for money because it's just not what I want to do.

But they regretted it later on.

In essence, that really democratized the business.

Bring it open to anybody.

If you've got, you know a hundred bucks, you're in.

Article was in the paper. Merrill Lynch raised their rates.

I was very happy that day.

Because I would have thought that Merrill would have dropped their rates substantially and we would have had no business.

It just created a huge opportunity for us to take our little business and grow it like crazy.

We were growing so fast.

We wanted to get everybody in.

We didn't incentivize our people one way or another.

They all made salaries.

That was really revolutionary.

Right now, we have about nearly four trillion dollars, with a "t" in client accounts with us.

Do you ever grapple with that?

I hope we're not the status quo.

I hope we're not.

I hope we are, continue to be, agents of change.

You know, it's pretty simple.

Not a big something from the top of the mountain.

Anyway, it's all true.

Learn more about us

Our commitment to clients and the military community has earned us numerous awards and accolades, including: