June 14, 2019
MACD is an indicator widely used by traders. Learn how to use it to help identify trends and pick tops and bottoms.

MACD, or Moving Average Convergence and Divergence, is an indicator often used by traders. Lee Bohl, Chartered Market Technician, walks you through how to use the MACD to help identify trends and pick tops and bottoms for your trades. 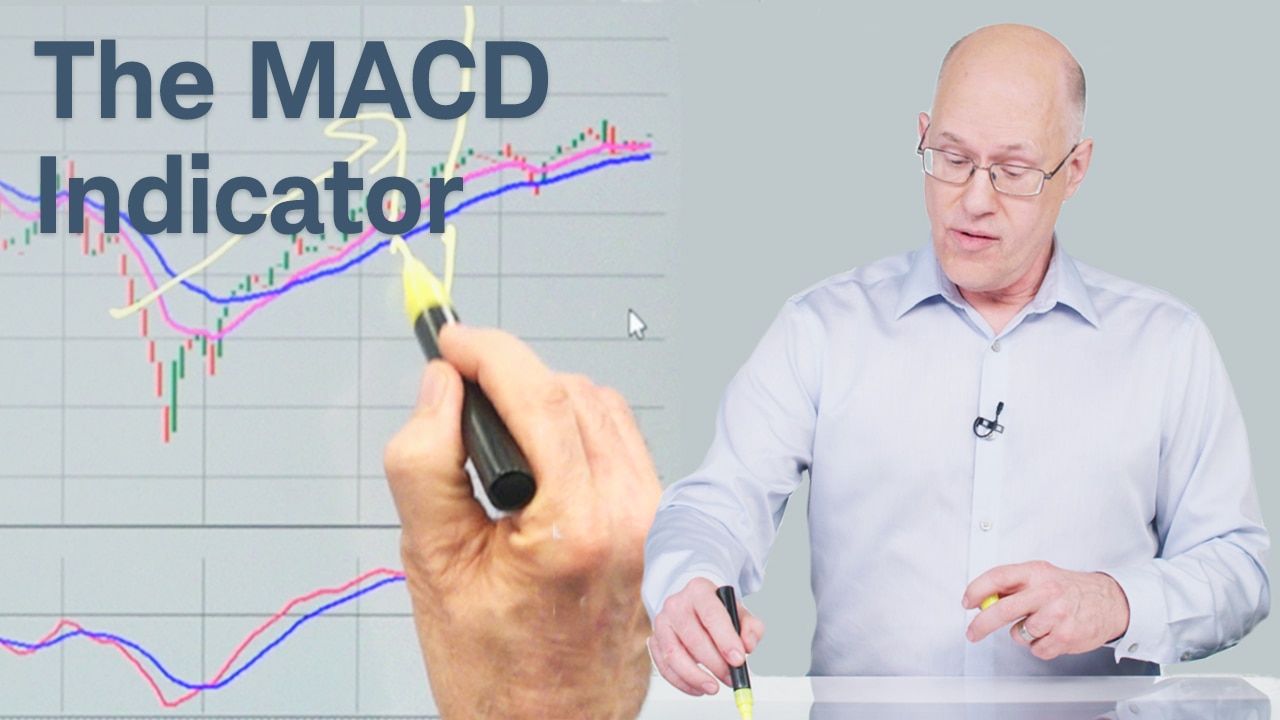 When it comes to identifying trends and trying to pick tops and bottoms, the MACD indicator can be a useful tool.

MACD stands for “Moving Average Convergence and Divergence “and is based on the behavior of moving averages.

Notice that when a stock or index begins to rise, how the faster moving average is above the slower one. What this means is: when more recent prices are getting stronger than prices in the past, it could mean an uptrend is beginning.

The reverse of this of course is also true. When a faster moving average drops below a slower one, what that means is that more recent prices are getting weaker than prices in the past, it could mean that a downtrend is beginning.

When the MCAD goes above its average price, which is the signal line, it could mean that prices are getting stronger and you might be beginning an uptrend.

Let’s see how we can put the MACD to work. One way to generate trading signals is to simply monitor the MACD line itself. Notice when the MACD line goes from below zero to above zero, it can mean that the moving averages--the faster one is going above the slower one--an uptrend may be beginning. Many traders would use that as a buy signal and stay in that position until that MACD line goes from above zero to below zero and then they might consider selling, or even going short.

Another way that traders use the MACD, is to watch the MACD versus its signal line. When the MACD crosses its signal line, many traders would use that as an early entry on a buy signal and stay in that position until the MACD crosses back down below its signal line. Another way we can use the MACD is to try and pick tops and bottoms. Notice generally  that when a stock is going higher, the MACD line tends to follow along with the stock. Sometimes, though, you can see that that’s not true. Between here and here, notice how the stock went up but the MACD lines went the opposite way. We call that a "negative divergence." What it means is that the momentum on the last move higher was made with a little bit less oomph, and so we could look for a potential pullback or a reversal. The opposite would be true if a stock continues to go down, but the MACD line doesn’t, we would call that a "positive divergence," and that could be a potential bottom.

The MACD is one of the most popular and widely used indicators in technical analysis. But, keep in mind of course that no indicator works all the time. You might want to confirm with other technical tools.

S&P 500 consolidates only about 6% shy of a new bull market.

Stocks rebounded after a lower open throughout the day to round out the week after a strong payroll announcement, which could lead to larger Fed rate hikes come next month.

Stocks give back early gains ahead of Friday’s July labor report.