December 19, 2022 Jeffrey Kleintop
Considering that a new year almost always brings surprises of one form or another, we've highlighted our top five that may define the global markets in 2023. 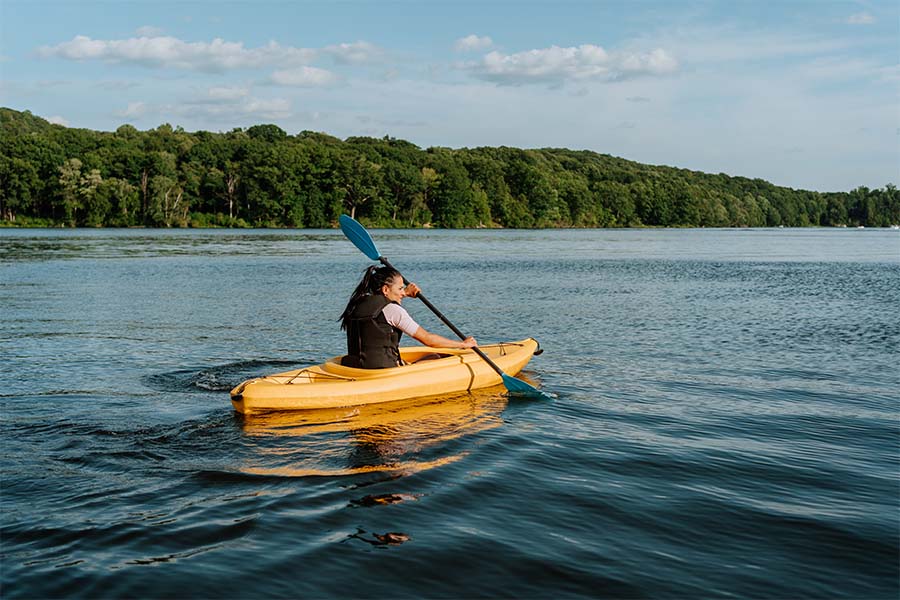 History shows us that the biggest risks in a typical year aren't usually from out of left field (although that sometimes happens, as it did in 2020 with the COVID-19 outbreak). Rather, they are often hiding in plain sight. As goes one of my favorite quotes often attributed to Mark Twain: "It ain't what you don't know that gets you in trouble, it's what you know for sure that just ain't so." Risk appears when there is a very high degree of confidence among market participants in a specific outcome that doesn't pan out. So, by identifying the unexpected, here are our top global risks for investors in 2023, in no particular order:

In 2020, economies around the world were worse than anyone had forecast. In 2021, most countries had a surprisingly rapid recovery. This reminds us that the risk of surprises is not always to the downside, and that it's possible that after a year which saw the fewest positive days for stocks in over a decade (see chart below), the balance of risks in 2023 is to the upside. Despite the poor performance year for stocks in 2022, markets seem to have already priced in some of the negative trends gathering momentum in 2023. Should those trends reverse, it may help market performance to the upside. 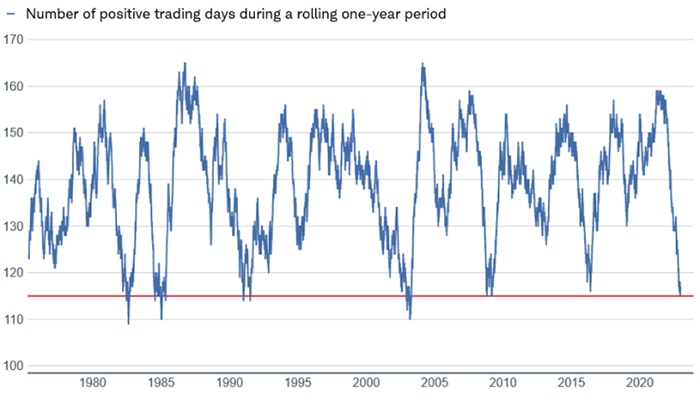 Positive trading days shown for the MSCI World Index. For illustrative purposes only. Past performance is no guarantee of future results.

China's reopening is unfolding at a surprisingly rapid pace over the past month and may be similar to most other countries' reopening experiences, with accelerating economic growth fueled by consumer spending and rising inflation. It's not unreasonable to expect a surge in pent-up spending from 1.4 billion consumers after a year of restrictions, aided by soaring excess cash deposits and falling mortgage rates. This could translate to an upside risk to earnings estimates for companies with China sales exposure, but more importantly it could also drive a rebound in global inflation for both commodities and goods. The timing is not ideal. Any surge could come at just the point in early 2023 when global inflation might be moderating and central banks may be planning on pausing rate hikes. Market participants' disappointment at a resurgence in inflation may overwhelm any improvement in the earnings outlook, forcing stocks lower (for more on this risk see Risk for 2023: China Reopening).

China's upside down: consumer excess savings is up and mortgage rates are down 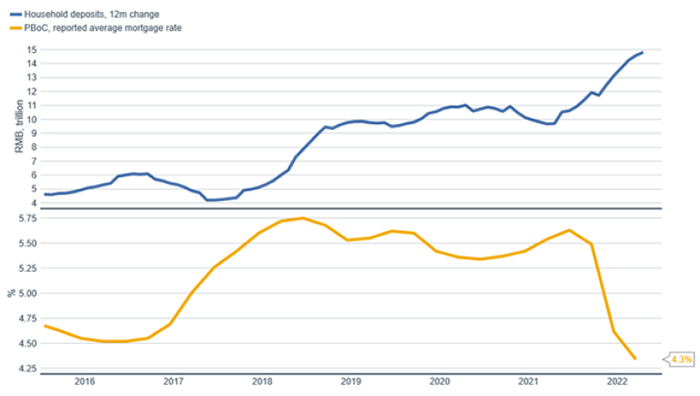 Market participants appear to have priced in the expectation that central banks are near the end of their rate hikes. However, major central banks are making it clear they aren't finished, despite stepping down the aggressive pace of rate hikes. After hiking rates by 50 basis points (bps) last week (down from 75 bps at the four prior meetings), Federal Reserve Chairman Powell indicated that any change in policy will not happen until the labor market weakens. The labor market is a lagging economic indicator, changing direction well after a shift has taken place in the economy. This may mean that by the time the labor market data deteriorates meaningfully enough for the Fed to change policy, the global economy may have already slid into a deeper recession than currently anticipated.

It isn't just the Fed. The European Central Bank also softened their approach, stepping down to a hike of 50 bps from 75 bps last week and signaling that "interest rates will still have to rise significantly at a steady pace to reach levels that are sufficiently restrictive to ensure a timely return of inflation to the 2% medium-term target." In other words, the ECB is seeking an insurance policy against inflation in the form of even higher policy rates despite their current forecast for inflation to fall to their 2% target within two or three years.

Major central banks overtightening monetary policy by taking rates too high (after leaving them too low for too long), presents a downside risk to the market's expectation of a mild recession extending into early 2023. 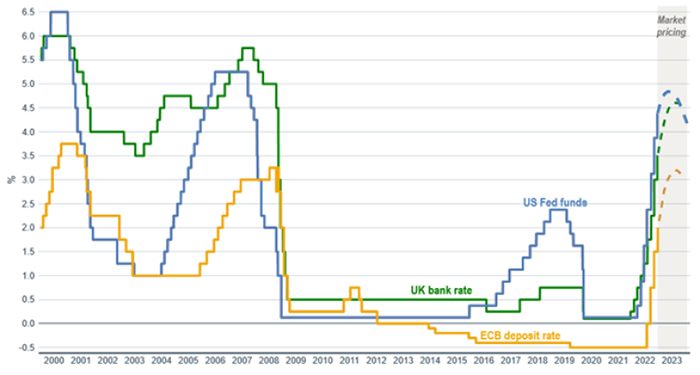 The market appears to be pricing in hope that the intensity of the Ukraine war subsides and perhaps moves towards a negotiated resolution that ends military hostilities and limits risks of a re-escalation. Yet, the path to end the fighting may require Ukraine reclaiming Crimea after Russia's seizure in 2014. Any move to retake that territory may be Putin's red line, raising the risk of escalation by Russia should Ukraine cross into Crimea after continuing to push through Kherson.

An escalation by Russia could take the form of further large-scale attacks on civilian infrastructure or restrictions on export capacity through military constraints on the use of Black Sea shipping routes. But, more significantly, it may take the form of using prohibited nuclear, biological, or chemical weapons to defend what it sees as Russian territory, preemptively striking arms shipments to Ukraine by members of NATO, or drawing others into the conflict with either an intentional or unintentional strikes on neighboring countries.

Mortgage rates rocketed higher this year worldwide. For example, the one-year adjustable mortgage rate in the U.S. now stands at 5.6%, more than double the 2.7% rate at the start of the year. Households without long-term fixed rate financing face steep increases in their monthly mortgage payments as interest rates reset higher over the next 12 months, risking a shock to consumer spending across major countries. As the potential global recession lingers, any substantial rise in the unemployment rate may also raise defaults by lowering consumers' ability to repay. Also, additional declines in home prices may raise defaults by reducing the incentive to repay in countries where mortgages do not have full recourse to the borrower.

Combining data on the share of households with mortgages and the mortgage structure, we estimate significantly greater risk of mortgage shocks in the United Kingdom, Norway, and New Zealand (with some risk in Australia, Sweden, and Canada) than in the United States, France, Germany, and Italy. 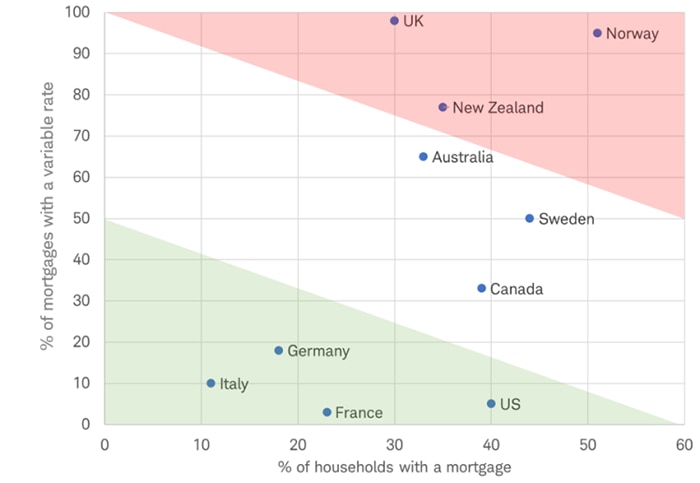 Markets seem to believe robust credit quality is likely to avert a mortgage shock. Although the details vary by country, stricter leverage requirements since the Global Financial Crisis, interest rate stress tests at origination, and mortgage insurance requirements for high-risk borrowers have contributed to significant increases in credit quality. Yet, the higher rates go and the deeper the likely recession, the worse the potential mortgage shock, reinforcing a negative feedback loop.

Tensions in the European energy market continue to loom large, with Russia suspending natural gas flows through the Nord Stream gas pipeline indefinitely and the European import ban and G7 price cap on Russian oil recently implemented. But adequate reserves, conservation of gas use, new Liquid Natural Gas (LNG) contracts, and a very mild start to Europe's winter weather have reduced the risk of an energy crisis in the form of forced rationing this winter. Markets have reassessed the risk, with natural gas prices in Europe having fallen sharply from their summer highs and European stocks leading the global rebound in the fourth quarter.

That said, Europe's gas supply situation remains fragile, and a cold winter globally could result in increased consumption of gas combined with reduced availability of gas exports from the U.S., prompting shutdowns for Europe's industrial and automotive businesses.

Considering risks is important; a year ago, our list of the top risks included three that helped to define 2022:

While we highlighted our top five, of course, there are many other risks for 2023 including those that are an ever-present part of investing and not unique to the outlook for any particular year: another pandemic or variant that evades existing vaccines; U.S.-China tensions; climate- and weather-related events that disrupt supply chains or cause devastating damage to infrastructure and lives; and cyberattacks that can disrupt the flow of information and commerce, among many others.

Whether or not these particular risks for 2023 come to pass, a new year almost always brings surprises of one form or another. Having a well-balanced, diversified portfolio, with a risk profile consistent with your goals, and being prepared with a plan in the event of an unexpected outcome are keys to investing. 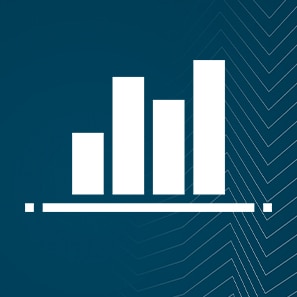 Liz Ann Sonders shares her perspective on the U.S. stock market and economy in this monthly Market Snapshot video.

Performance may be affected by risks associated with non-diversification, including investments in specific countries or sectors. Additional risks may also include, but are not limited to, investments in foreign securities, especially emerging markets, real estate investment trusts (REITs), fixed income, small capitalization securities and commodities. Each individual investor should consider these risks carefully before investing in a particular security or strategy.

Indexes are unmanaged, do not incur fees or expenses and cannot be invested in directly. For more information on indexes please see schwab.com/indexdefinitions.