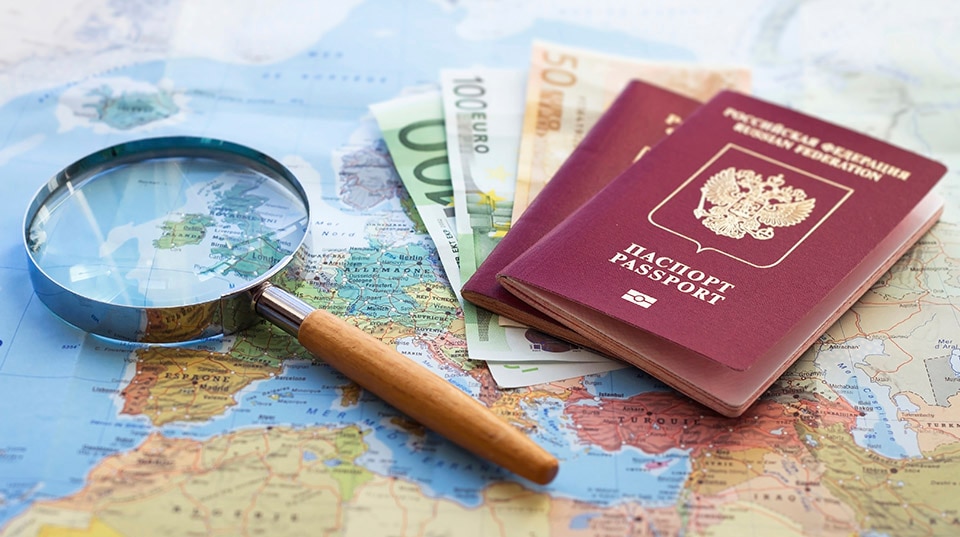 If you invest in foreign markets and own stocks, bonds, mutual funds or income-producing investments, it’s likely that you paid foreign taxes on the income you earned. You may be able to avoid being taxed a second time on those investments if you claim a credit or deduction on your U.S. tax return.

How do I know if I paid foreign taxes?

Should I take a tax credit or tax deduction?

Most of the time, it’s better to take a tax credit. Tax credits reduce your tax bill dollar-for-dollar, which means a $500 tax credit will save you $500 in taxes. A tax deduction only reduces your taxable income, meaning a tax deduction’s benefit is equal to the reduction in taxable income multiplied by your tax rate.

Generally, you must choose between a claiming a credit or a deduction—you’re not normally allowed to do both in a single year. However, you can change which one you choose each tax year.

How to claim the foreign tax credit

So what happens to that leftover $100 of foreign tax credit? Fortunately, it’s not lost. The IRS allows you to first carry the credit backward to your prior tax return, and then forward to future returns (up to 10 years). The ability to carry back or carry forward the unused tax credit only applies if you file Form 1116, and it is restricted by the amount of “excess limit” available in those years. The excess limit is created when the U.S. taxes on that foreign income are greater than the foreign taxes paid.

Part of the reason the Form 1116 is complicated stems from the need to report the foreign taxes paid country by country. In addition, Form 1116 also requires you to figure the carryback or carryforward separately for each income category.

Fortunately, if you pay $300 or less in foreign taxes for the year ($600 for married couples filing jointly), you can claim the credit without having to fill out Form 1116, although additional eligibility rules apply. For example, to claim the foreign tax credit without filing Form 1116, all of your foreign income must be passive and reported to you on a form like the 1099 or schedule K-1.

Unfortunately, you won’t be able to deduct foreign taxes you pay on investments held in a tax-deferred account, such as an individual retirement account (IRA) or 401(k). Since the income in those accounts is not currently subject to U.S. tax (at least not until you begin making withdrawals).

If you have a Roth IRA, the situation is a bit different. Withdrawals from Roth accounts are not taxed by the IRS, so you’re not able to get a benefit from the foreign taxes you paid. But don’t let lack of tax benefit deter you from holding foreign investments in your Roth account; in some cases, it could still make sense to have foreign assets in those accounts. There are many other factors to consider apart from taxes when making investment decisions, such as diversification of your portfolio.

Get the facts on FATCA and FBAR

In order to prevent tax evasion, the U.S. government implemented Foreign Account Tax Compliance Act (FATCA) and the Foreign Bank Account Report (FBAR) requirements. The reporting requirements created by these laws are complex, and there are significant penalties for failure to comply. If you hold a title, directly or indirectly, to a foreign financial account or trust, you should consult with a tax professional for questions about individual compliance matters.

For more information on FATCA and FBAR, see the IRS resources below:

Take charge of your taxes

Tax-smart financial planning has the potential to save you a lot of money in the long run. No matter how you choose to handle your foreign taxes (as a credit or a deduction), be sure to claim the option that makes the most sense for your situation. Otherwise, you could end up paying more than you should.

International investments are subject to additional risks such as currency fluctuations, political instability and the potential for illiquid markets. Investing in emerging markets can accentuate these risks.

All expressions of opinion are subject to change without notice in reaction to shifting market conditions. Data contained herein from third party providers is obtained from what are considered reliable sources. However, its accuracy, completeness or reliability cannot be guaranteed.