July 11, 2022 Liz Ann Sonders
The June jobs report was cheered by economic bulls given its strength in level terms, but rates of change among leading indicators don't favor a soft-landing outcome for the economy. 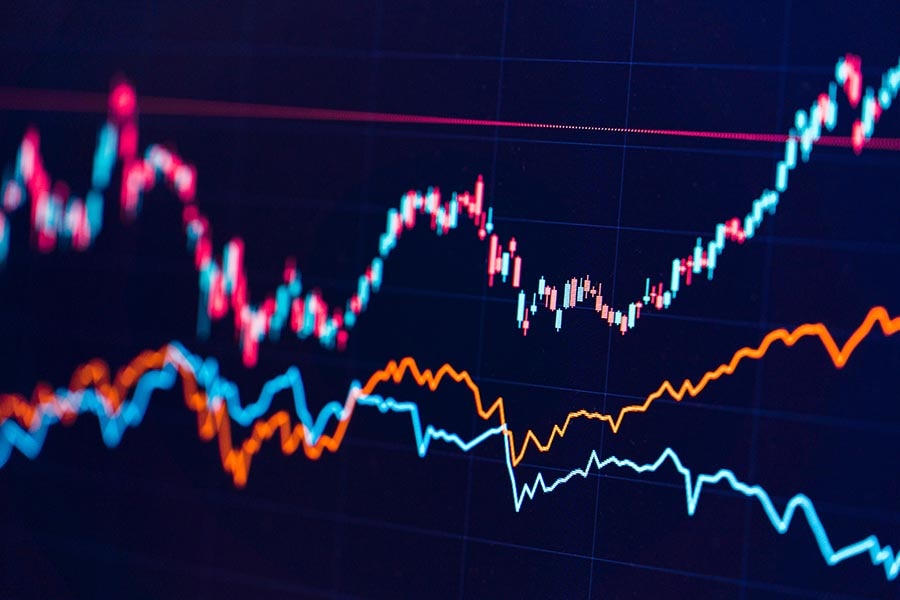 The June employment report was hailed as strong, but digging a little deeper reveals a mixed labor market picture. Yes, payrolls were stronger than expected at 372k vs. the consensus expectation of 268k, along with the unemployment rate remaining at 3.6%. Here are the rubs, however: There were downward revisions to the past two months' payrolls, totaling 75k; the household survey (from which the unemployment rate is calculated) showed a drop in employment to the tune of -315k. The chart below shows both the payrolls (blue bars) and household (orange bars) surveys; and as shown, the household survey shows that employment has fallen in two of the past three months. The household survey tends to lead payrolls around economic inflection points.

Relatively good news came via employment by sector, as shown below, with only government payrolls in the red last month; leisure & hospitality's reign at the top was taken out by education & health services along with professional & business services. The financial activities category was also notably weak, perhaps reflecting a more challenging interest rate and market environment.

Another rub is tied to the unemployment rate. As noted, it remained at a very low 3.6%, as shown in the first chart below. However, that was for the "wrong" reason as the labor force participation rate (LFPR) has rolled over—both overall and prime age measures—as shown in the second chart below.

Throughout the course of the day on Friday, we read many a headline suggesting that still-strong payrolls and a still-low unemployment rate made a mockery of the recession view that has become more pervasive. Keep in mind that payrolls are a coincident indicator, representing one of the four components of The Conference Board's Coincident Economic Index (CEI), which are also the primary data points analyzed by the National Bureau of Economic Research (NBER) when it declares/dates recessions (the other three are wholesale/retail trade sales, industrial production, and personal income). The trend in payrolls is unquestionably lower: the latest three-month average of payrolls is 375k vs. the six-month average of 457k and the 12-month average of 524k (last year's average was 562k).

As for coincident payrolls, it's important to understand that at the start of the 2020, 2007, 1981, 1980, 1974, and 1960 recessions, payrolls were still strong and/or at/near their peak. Tune into the July Market Snapshot video later this week for more on the history of the relationship between payrolls and recessions.

As an aside, we continue to believe a recession is more likely than a soft landing, and that the recession may have already begun. However, given the bear market in stocks is already well underway, the semantics of a recession matters less than it would have back at the market's high at the start of this year. What we do know is that gross domestic product (GDP) contracted in the first quarter, while the Atlanta Fed's GDPNow tracker pegs the second quarter in negative territory. Two consecutive quarters of negative GDP is not the definition of recession; but it unequivocally shows weak growth, about which there is little dispute.

Reported along with the jobs report was average hourly earnings (AHE), which were up 0.3% month/month and 5.1% year/year, in line with consensus estimates. However, both were down from the prior month's 0.4% and 5.3%, respectively. Because AHE is a simple average and can get skewed by wage mix shifts, we often focus instead on median measures, including the Atlanta Fed Wage Growth Tracker. Shown below, not only has nominal wage growth (blue line) started to slow, the four-decade high in inflation is taking its toll; hence, real wage growth (orange line) has moved firmly into negative territory.

Atlanta Fed's Wage Growth Tracker is a measure of the nominal wage growth of individuals.

As noted, the payroll survey is a coincident indicator, and the unemployment rate is a lagging indicator. Of the major labor market data regularly released, the weekly report on unemployment claims is a leading economic indicator. In fact, it is one of the 10 components of The Conference Board’s Leading Economic Index (LEI). Economists often look at the four-week rolling average of weekly claims (it smooths out the often-volatile weekly movements). As shown below, they are up from their lows earlier in the year. A quick glance at the chart suggests a "nothing to see here" attitude is warranted; however, as shown in the table, they're up more than 36% from their April low, which is above the historical average heading into recessions.

We can also look at the indicators that lead the leading indicators. Job openings are often compared to the number of unemployed, and as shown below, the spread remains historically wide. However, job openings have begun to roll over—and they lag, with the latest reading only through May. It's also important to understand that job openings arguably overstate the number of actual individual openings. One of the criteria for a job opening is that there is "active recruiting" for workers outside the establishment with the posted opening. That may include advertising, posting internet notices, posting signs, making word-of-mouth "announcements," contacting employment agencies, or setting up at a job fair or similar source of possible applicants.

In addition, the pool of labor available for those jobs spans beyond just those who are unemployed. Potential job switchers, included in the number of people employed, should also be considered as potentially competing for those job openings. On top of that, the survey used to calculate job openings is entirely different from the survey associated with the number of people unemployed (with the latter having a much longer history). All of this suggests that the labor market may be less tight than conventionally believed, detailed by the St. Louis Fed in a recent article.

Confirming the rolling over in job openings is more timely weekly data from Indeed, shown below. Indeed (pun intended), new job postings are still up 60% relative to pre-pandemic levels, but that's down from this past February's high of nearly 90%; i.e., the trend is deteriorating and bears watching.

New postings are postings on Indeed for 7 days or fewer.

Often concurrent with waning job openings is an uptick in layoff announcements. The left chart below shows the Challenger measure of job-cut announcements back to the start of 2007. The right chart is a close-up look at the trend over the past year. There has been a clear move up, with the latest reading (as of the end of June) up 60% year/year. Second-quarter earnings season, which gets underway this week, could add more color to this story if companies disclose their labor plans looking forward.

The "labor market is very tight" story may be in its natural final chapters, notwithstanding the decent June jobs report. As we often tell investors, "better or worse matters more than good or bad" when it comes to both the timing of economic inflection points and the relationship between economic data and stock market behavior. Levels remain healthy among most labor market data; but it's the deterioration in the trends that bears watching to declare the winner of the recession vs. soft-landing debate.

Stocks lower to close out the week.

U.S. stocks are continuing to trade lower in afternoon action, and the S&P 500 is in jeopardy of snapping its four-week winning streak.