Michael Townsend
Fear that the federal government may default on its obligations has driven market volatility in the past, but typically not until the default deadline is much closer. 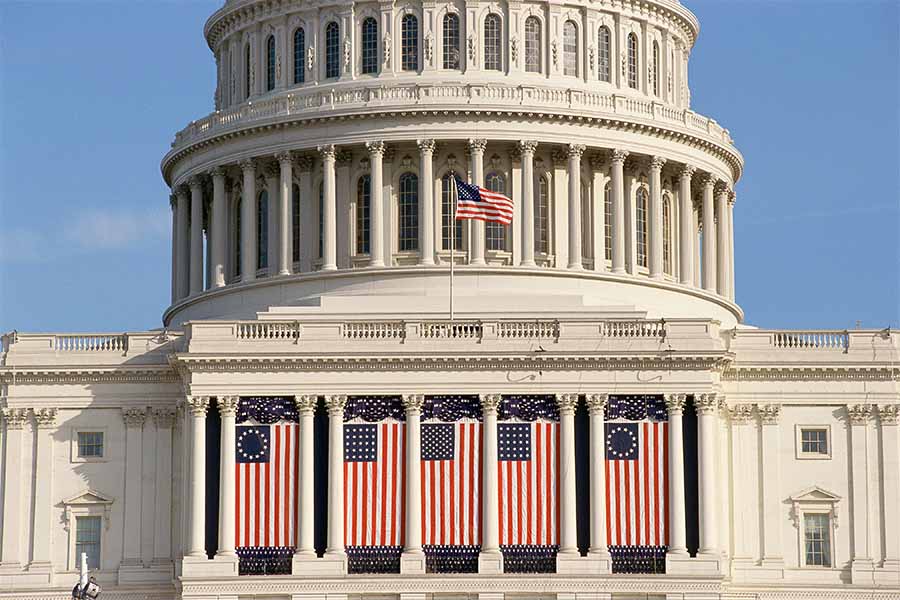 The United States hit the debt ceiling on January 19th, launching what could be the most consequential policy debate of 2023 for the markets. Although the crisis is still likely five to six months away, concern about when and whether a deeply divided Congress will be able to find a path to raising the debt ceiling will be a critical issue for investors to monitor.

The previous Congress raised the debt ceiling—the cap mandated by Congress on the total amount of debt the United States can accumulate—to $31.381 trillion in December 2021. In a January 13th letter to Congress, Treasury Secretary Janet Yellen said that the U.S. would hit that limit on January 19th and that the department would begin employing "extraordinary measures" to help delay the point at which the nation might default on its obligations.

Extraordinary measures, which Treasury has employed more than a dozen times in debt ceiling battles dating back to the mid-1990s, include steps like suspending new investments in various retirement plans for government employees. The retirement plans would be made whole again once the debt ceiling was resolved.

Those steps will buy Congress time—but it's not yet clear exactly how much time. In her letter, Yellen said that "it is unlikely that cash and extraordinary measures will be exhausted before early June," her first expression of the timing of a potential default if Congress does not raise or suspend the debt ceiling before then. Third-party analyses have indicated that the extraordinary measures could last until late June or early July. But Yellen emphasized that there is "considerable uncertainty" about the timing. Numerous factors can impact the default date, including tax receipts this spring, rising interest rates, the president's suspension of student loan repayments and many others.

While the exact deadline remains unknown, the clock has officially begun ticking toward a potential default this summer. Now the pressure is on a deeply divided Congress to act—and early signs indicate that will not be easy.

Debt ceiling battles are nothing new on Capitol Hill: Congress has raised the limit more 75 times since 1960. But over the past two decades, what was once a routine vote has become one of the most politically contentious issues that Congress faces.

Lawmakers have sometimes raised the debt limit to a specific dollar amount, as happened in December 2021. But lawmakers have also simply suspended the debt ceiling for a specific period of time. Either way, the effect is to allow the country to continue to accumulate debt while kicking the difficult debate down the road for a year or more at a time.

The closest the United States has ever come to defaulting was in the summer of 2011. Markets were roiled as uncertainty about when Congress would raise the ceiling continued through the summer. The S&P 500 fell by more than 16% in just over five weeks in July and early August of that year. Standard & Poor's downgraded the U.S. credit rating for the first time ever. Congress eventually reached a compromise in early August 2011, raising the debt limit just days before the country would have defaulted.

The 2011 debt situation is illustrative because the political configuration in Washington was exactly the same as we have today: a Democrat in the White House, Democrats holding a slim majority in the Senate and Republicans holding the majority in the House of Representatives.

But the Congress in 2023 is arguably even more polarized than it was 12 years ago. Already, the contours of the standoff are taking shape. Republicans are saying that they won't agree to a debt limit increase unless it is paired with spending cuts. Democrats, including the White House, say that they will only support a "clean" debt limit increase, with no strings attached.

Those conflicting positions have been at the heart of previous debt ceiling debates—and each of those battles ended with Congress raising or suspending the debt ceiling in time to avoid default. And the fact that there is interest on both sides of the aisle in having discussions about a resolution several months ahead of the default deadline this year could be a positive sign.

The drama will play out over the next several months, with the Republican-controlled House likely to push through a debt ceiling increase that includes significant government spending cuts. Such an approach is unlikely to be considered in the Democrat-controlled Senate. The two parties will then have to negotiate a solution.

There is an alternative approach by which a handful of House Republicans could join with all or most of the 212 House Democrats to force a vote on a different debt ceiling approach. The process, known as a "discharge petition," is a cumbersome and time-consuming one, but one that could offer an escape route if talks bog down this spring. Expect a lot of back and forth between the two parties over the next few months before such an approach would be considered.

Potential impact on the markets

While today's headlines are full of news about the debt ceiling and the start of Treasury's extraordinary measures, the stock market historically has not reacted until the default deadline is much closer. In 2011, the market downturn started about a month before the deadline and accelerated as the deadline approached. Market volatility spiked as the deadline drew closer. By all estimates, we are still five to six months away from the crisis point, so market reaction is expected to remain muted in the coming weeks.

In the bond market, Treasury bills with maturities in mid to late summer are starting to see a premium in their yields that may reflect anxiety about the timing of a debt ceiling resolution. In previous debt ceiling episodes, short-term Treasury bills and risk assets declined as the drama unfolded, then rebounded once an agreement was reached.

While the path to a resolution is uncertain, we continue to believe that the United States will not default. A default would be an unprecedented event that would likely have dramatic and unpredictable repercussions in the global financial markets. But it has never happened—Congress has always managed to find a way to reach an agreement.

Importantly, the debt ceiling situation is only one factor among many that is likely to impact the markets in the months ahead. Investors continue to focus on economic, jobs and inflation data, as well as the Federal Reserve's interest-rate strategy, all of which are likely to have a much larger effect on investor sentiment in the next few months than the looming debt ceiling drama.