Will the U.S. Dollar Lose Its Reserve Status? 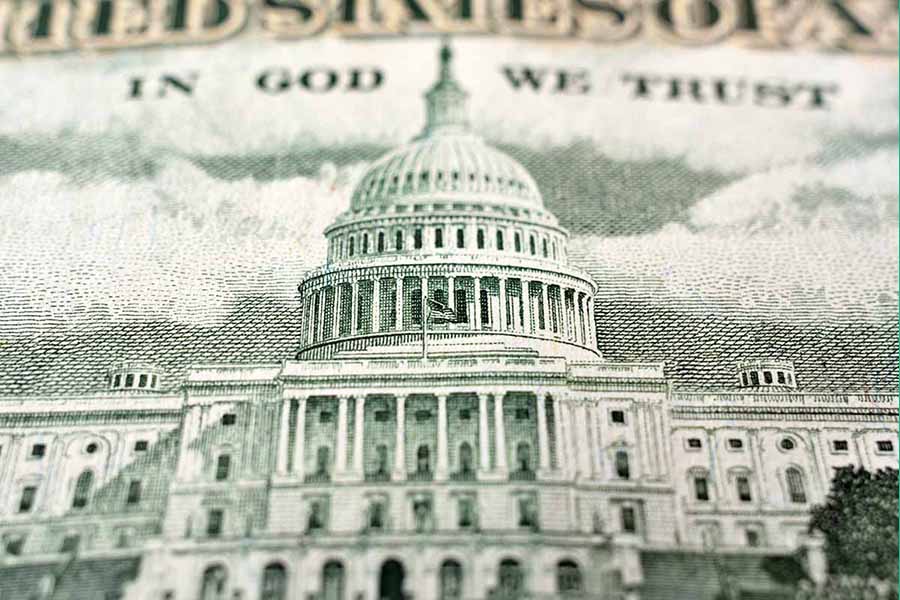 We are often asked if the U.S. dollar will lose its status as the world's reserve currency. Investors are concerned that the Federal Reserve's easy monetary policy, combined with rising budget deficits, will undermine confidence in the dollar. The recent drop in the dollar over the past year has heightened these concerns. While we agree that there can be unforeseen consequences from the current policy mix, we believe the dollar's role as the dominant global currency looks secure.

What are reserve currencies?

Reserve currencies are typically issued by large, developed countries with records of financial stability. To be held in reserve by a foreign central bank, a currency typically needs to:

•be freely convertible (not pegged by the government);

•have a large and liquid debt market that foreign investors can access;

•have an independent central bank;

•and be widely used in trade and global transactions.

In addition to the U.S. dollar, the euro, the Japanese yen, British pound, Swiss franc, Australian dollar, and Chinese renminbi are all held in reserve. However, the dollar is by far the most widely held currency at 60% based on 2020 data from the IMF.

Foreign exchange holdings as a percentage of total allocated in U.S. dollars

The U.S. dollar is also used in about 40% of global trade and nearly 80% of all global cross-border transactions. Most commodities and many other goods are traded in U.S. dollars—oil, copper, and agricultural goods—to name a few. Investors need to hold dollars to trade in goods and services, and need to have a large and liquid bond market to in which to invest those dollars.

Most transactions are made in U.S. dollars

Over the years, the euro's usage in global transactions has grown, the Japanese yen's usage has been largely stable, and there has been a slight increase in the renminbi's role. However, none of these currencies seem likely to supplant the dollar any time soon.

The most likely candidate would be the euro, as the euro area represents a large segment of global gross domestic product. However, its bond markets are fragmented across many different countries and are less liquid than the U.S. Treasury bond market, limiting the amount that a foreign investor might be able to hold in euros.

China is believed to have ambitions to make its currency the pre-eminent reserve currency, but it has a long way to go. The biggest limitation is that its currency's value is managed. It isn't freely convertible to other currencies, so investors can't be sure whether capital controls could be used to limit access their holdings. So far, it has very limited usage in global transactions, representing just 3% of global transactions relative to about 80% for the dollar.

While we believe the dollar's role as the world's reserve currency will remain intact for the foreseeable future, its value will rise and fall with changes in the economic fundamentals. Since its peak in March 2020, the dollar has dropped by about 11%. The decline reflects the Federal Reserve's expansive monetary policy when the COVID-19 crisis hit. The Fed lowered short-term interest rates and increased the supply of dollars available to foreign central banks to help ease financial conditions during the crisis. However, we don't see a concerted effort by the central bank to undermine the dollar's value. In fact, a weaker dollar is generally seen as a positive for global growth because it eases financing conditions for borrowers—especially in emerging-market countries.

Finally, the dollar remains a safe-haven asset. During times of global stress, the dollar generally moves up as investors seek a large, liquid, and reliable place to put their money. When the pandemic struck in early 2020, the dollar soared to its highest level in decades compared to a wide range of other currencies due to global demand.

The U.S. dollar has dropped from its highs

Having the world's reserve currency affords the U.S. some privileges. It means there is underlying demand for U.S. bonds from foreign central banks and other large investors looking for a safe market in which to invest. That allows the U.S. to borrow at lower rates than would otherwise be possible. Many years ago, former French President Valéry Giscard d'Estaing used the phrase "exorbitant privilege" to describe the benefits accruing to the U.S. from having the world's reserve currency. It's still the case today.

Stocks attempt to stabilize following rough start to the week.

U.S. equities finished mixed and near the unchanged mark, as investors weighed recession risks and continued to grapple with the uncertainty regarding how aggressive the Fed will remain.

U.S. equities finished mixed and near the unchanged mark, as investors weighed recession risks and continued to grapple with the uncertainty regarding how aggressive the Fed will remain.

Source: Bloomberg Index Services Limited. BLOOMBERG® is a trademark and service mark of Bloomberg Finance L.P. and its affiliates (collectively "Bloomberg"). BARCLAYS® is a trademark and service mark of Barclays Bank Plc (collectively with its affiliates, "Barclays"), used under license. Bloomberg or Bloomberg's licensors, including Barclays, own all proprietary rights in the Bloomberg Barclays Indices. Neither Bloomberg nor Barclays approves or endorses this material, or guarantees the accuracy or completeness of any information herein, or makes any warranty, express or implied, as to the results to be obtained therefrom and, to the maximum extent allowed by law, neither shall have any liability or responsibility for injury or damages arising in connection therewith.

Commodity-related products carry a high level of risk and are not suitable for all investors. Commodity related products may be extremely volatile, illiquid and can be significantly affected by underlying commodity prices, world events, import controls, worldwide competition, government regulations, and economic conditions.