Three Ways to Get Out of Debt

December 22, 2022
Trying to get out of debt can feel overwhelming, but it is possible. Learn three potential strategies you can use to pay off debt. 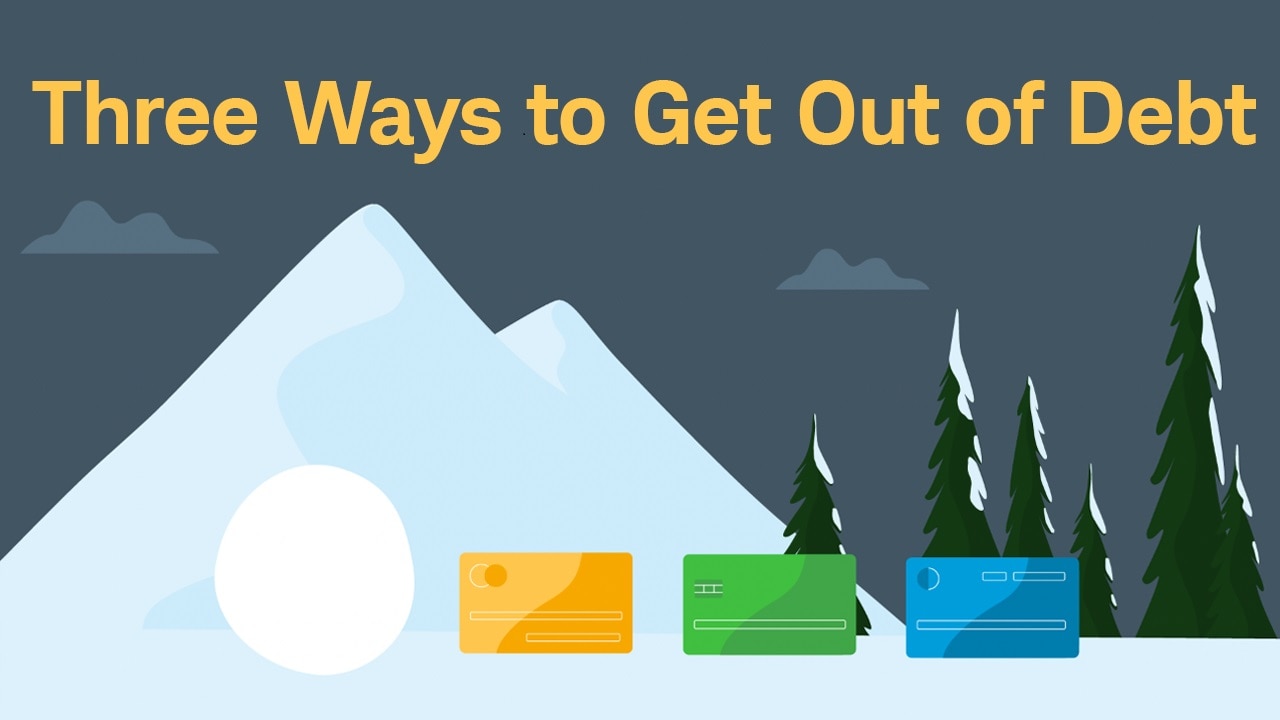 Watch video: Three Ways to Get Out of Debt

Three Ways to Get Out of Debt

Narrator: If you feel overwhelmed by debt, you're not alone.

On-screen text: Source: Board of Governors of the Federal Reserve System

One of the biggest challenges of getting out of debt is knowing where to begin. Having a specific method can help.

We'll walk through each method to help you determine which one may be right for you. While it may require some sacrifices, it is possible to dig yourself out of debt.

Let's say you have debt on four different credit cards.

Narrator: To start, write down all of your outstanding balances and the interest rates on each.

On-screen text: Disclosure: Minimum monthly payment calculated as 2% of the total balance for this example. Your credit card's minimum payment may vary.

Narrator: Based on these totals, if you only paid the minimum on each card, you might not be debt free for almost 12 years.

Animation: Money is going toward the credit card with the $9,200 balance and 22% interest rate and paying the card off in full.

Narrator: With the avalanche method, you'll prioritize paying off the debt with the highest interest first. The idea is by focusing on the most expensive debt first, you'll save money over time.

For the other cards, pay the minimum every month, then put everything else you can toward paying off the highest interest rate card.

After the highest interest rate debt is paid off, you'll apply those payments to debt with the next highest rate, and so on.

Narrator: If you're able to put an extra $500 per month toward this debt, the avalanche method could save you more than $20,000 in interest compared to just paying the minimum. It'd also shorten the life of your debt to only three years.

But for some, avalanches have to start somewhere—maybe as a snowball.

With the snowball method, you'll pay the minimum of all your balances and then put anything left toward the debt with the smallest balance first.

It may seem financially unwise to pay off anything but the highest interest debt first, but with the snowball method, you're able to pay off a higher portion of one of your balances with each payment.

A study in the Journal of Consumer Research found that when subjects paid down a higher portion of a balance on their debt, they were more motivated to keep going. Though it's not the most cost-effective method, in the long run, it was more effective.

Don't underestimate the power of psychology. The sense of accomplishment from completely paying off one balance can motivate you to stay disciplined with the others.

A third strategy for managing your debt repayment is consolidation.

Narrator: This is combining all your debt into one, so you can make a single monthly payment, ideally, one with a lower interest rate than your existing accounts.

One way to consolidate debt is to take out a new loan or line of credit to pay off your existing debt.

But typically, this 0% interest is only for a limited time, like a year or 18 months.

Narrator: So, don't transfer your balances unless you're sure you can pay them off during this introductory period or if the new interest rate will be lower than your current combined interest rate.

In our example, if you combined everything into a 0% balance transfer for 12 months, you'd face payments of $2,500 per month. That's pretty steep, so make sure you're able to handle that amount, or you'll face interest at the end of the intro period. Once it's paid off, keep it that way. Pay your total balance monthly and manage your debt; don't let your debt manage you.

To review, avalanche saves money by paying debt with the highest interest rate first, snowball may maximize motivation by paying the smallest balance first, and consolidation may be useful if you can afford to combine all your debt into one payment.

There isn't one right way to dig yourself out of debt. Your numbers may be different than the ones we used in our example, which means the difference in total payoff could vary from one strategy to the next.

The most important thing is to stop adding to the debt, determine exactly how much you owe, pay as much toward it as you can, and stick to it. How to Use Credit Cards Wisely

Learn ways to effectively use credit cards to your advantage. 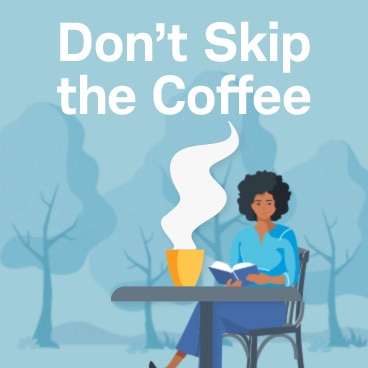 Watch to learn about six personal finance topics that can have a big impact on your life: budgeting, saving, debt, taxes, insurance, and retirement. 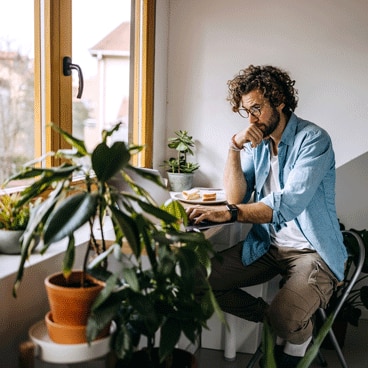 How Can You Start to Control Your Money?

If you find yourself constantly in debt, it's time to take control of your money. Here's how.