Liz Ann SondersKevin Gordon
Leading indicators continue to point toward further economic weakness, making it difficult and premature to determine whether the labor market can maintain its relative strength. 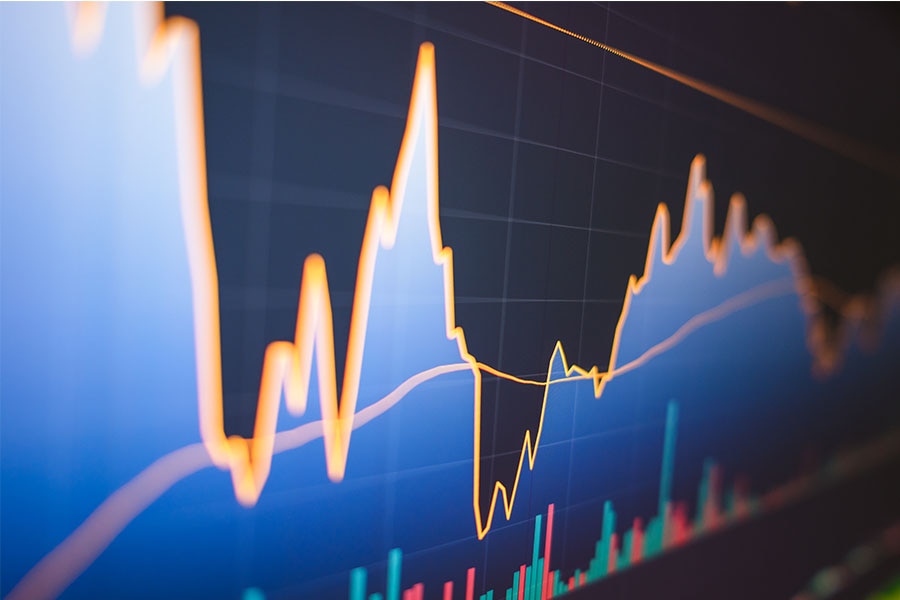 As we posited in our 2023 outlook, a recession of the "rolling" variety has been underway for some time. The growth surge coming out of COVID lockdowns benefitted the goods side of the economy, with an additive of rocket fuel courtesy of massive fiscal stimulus. That era—punctured by global supply constraints—became the breeding ground for the inflation problem with which we're all still dealing. Since then, the goods side of both the economy and inflation statistics have decelerated sharply, giving way to the pent-up demand surge for services, which has boosted that side of inflation data.

As such, we continue to think the appropriate debate is not so much recession vs. soft landing, but can the rolling recession continue without eliciting a formal recession declaration from the National Bureau of Economic Research (NBER)? In other words, we view the best case scenario as one of an ongoing roll of weakness through the economy, with offsetting pockets of strength. More likely, we will get the call from the NBER—which is historically well after recessions' beginnings.

Lest you think calling for a recession is the death knell for equities, don't forget (who could?) that at the October 2022 low, the S&P 500 had already suffered a -25% bear market decline. That's not to say there isn't some more downside and/or volatility ahead; just that as a leading indicator, stocks tend to anticipate both economic contractions as well as recoveries.

The Leading Economic Index (LEI), published monthly by The Conference Board, has been in a rapid descent over the past 10 months … so rapid that, as shown below, it's fallen to a reading only seen historically during recessions that were already underway. As noted, the stock market is a leading indicator, with the S&P 500 representing one of the 10 components of the LEI.

Another LEI component is initial unemployment claims, which was a rare positive surprise last week when claims were announced as having fallen back below 200k. The charts below show both initial and continuing claims, with the right side highlighting the past year specifically. Although not specifically in the LEI, important messages can be gleaned from continuing claims—representing those who remain on unemployment insurance (ostensibly because they've been unable to find a new job). At the recent peak in continuing claims, they were up more than 30% from the trough, well above the 19% increase representing the average heading into recessions since the late-1960s.

Continuing claims as of 1/6/2023. Y-axis on left chart is truncated for visual purposes.

Unique in this COVID cycle has been high inflation driving strong top-line (revenue) growth for companies, which in turn has helped keep initial claims low and payroll growth relatively healthy. It's also distinctly possible that labor "hoarding" is keeping claims low, but the significant deterioration in hours worked does suggest a weak demand environment.

There is a troubling increase in significant layoff announcements from a high-profile, large companies—including Goldman Sachs, Microsoft, and Google—but they are being offset (in numbers, not wage levels) by hiring in COVID-recovery sectors (e.g., leisure/hospitality). See more below on claims and their relationship to the housing market.

The Treasury yield spread is another component of the LEI. As shown below, the spread between 10-year and three-month yields is in deep negative territory. If a recession is avoided, it would be the first time in modern history that the curve was this inverted without one.

The severity of the inversion sits behind the spike in the New York Federal Reserve's recession probability model. At less than 50%, without historical context, that might not appear alarming; but as shown below, it has never jumped this high other than during recessions that were already underway.

This model uses the difference between 10-year and three-month Treasury rates to calculate the probability of a U.S. recession 12 months ahead.

Retail sales—a coincident indicator—for December were also reported last week. They were significantly weaker than expected with downward revisions to prior readings. Nominal sales fell more than 1% with prior months revised down an additional (cumulative) 0.6%. Adjusting for December's deflation (yes, you read that correctly) in goods, real retail sales showed no growth month-over-month. While the year-over-year change in retail sales remains positive (yellow line below), and above the historical trend, the six-month annualized change (blue line below), has descended into negative territory.

A burgeoning theme has been that rising inflation/prices—and (for now), consumers' willingness to pay them—are disguising increasingly sluggish unit demand. As such, retail inventories ex-autos remain well above the pre-COVID trend, suggesting more discounting, and profit margin pressures, to come.

Beasts from the east

Manufacturing is another area in which recession signals are abundant. Specifically, manufacturing sentiment has been faltering for a good portion of the past year. Further declines shouldn't come as a surprise given the "heads up" nature of surveys like the ISM Manufacturing Index, which remain in contraction (<50) territory.

More leading in nature are the surveys that come from the regional Federal Reserve banks. As shown in the next couple charts, January updates for both the New York (Empire State) and Philadelphia surveys haven't confirmed any meaningful lift in sentiment. For New York in particular, the new orders component—a proxy for demand—sank further into contractionary territory to its lowest since May 2020. Employment, while still in expansion, fell to its lowest since September 2020.

There was a relative improvement for the Philadelphia Fed's survey, which saw both the new orders and employment components move a bit higher in January. However, new orders are still in contractionary territory and have been below the zero bound since June 2022. That's key because these surveys are diffusion indexes—meaning, if readings are negative, activity is contracting month-to-month. As shown below, that bodes well for employment, but that series is barely positive—not to mention the fact that prior moves higher in the past year have been false signals.

Flyers' wings have been clipped

Industrial production—another coincident indicator—also disappointed last week. Like with retail sales, the production declined by a worse-than-expected 0.7% in December with a downward revision to -0.6% from -0.2%. The chart below shows that the year-over-year decline is now in territory that often (though not always) suggested heightened recession risk. In addition, manufacturing output fell 1.3% in December—enough to erase all the gains over the prior 13 months—suggesting the factory sector is in recession. Another significant concern is business investment, with production of business equipment falling 2% month-over-month in December—an acceleration from November's 1.8% drop.

Betting against the house

As has been the case for the past handful of months, it's evident that demand is slowing while employment has taken much longer to weaken. We haven't been shy in pointing out cracks in the labor market's foundation, but some metrics' resilience cannot be ignored.

As noted earlier in this report, initial jobless claims have moved lower over the past couple months. That may be great for workers, but there are additional caveats worth mentioning. As shown in the chart below, claims tend to lag homebuilder sentiment—a key leading economic indicator—by just more than a year. If the relationship is to remain intact, that doesn't bode well for the labor market in the coming months.

Source: Charles Schwab, Bloomberg, as of 1/18/2023. Y-axis is truncated for visual purposes.

Existing home sales are now down 38% from their high about a year ago—clearly recessionary. Adding fuel to that fire was the announcement last week by KB Homes, one of the nation's largest home builders, of a 68% cancel rate. In other words, more than two-thirds of homebuyers walked away from their contracts in the latest quarter. Assuming that statistic is neither a fluke nor specific to only one company, it suggests a troubling inventory pileup.

The rapid deterioration in the housing market is unquestionably a feature of what the Fed is trying to do in its quest to quell inflation. We would argue that effort has almost been uniformly successful, especially when looking at leading metrics above like homebuilder sentiment. Moreover, other activity-based leading indicators like housing starts and building permits (shown below) have also fallen markedly from their respective peaks. In fact, the year-over-year decline in housing starts is at its worst (-22%) since April 2020; the decline in permits is at its worst (-30%) since July 2009. (Building permits are another component of the aforementioned LEI.)

Bringing down the houses

Those on the bullish side of the economic spectrum have been quick to point out that housing's deterioration has been relatively isolated—a positive for the economic backdrop. Our contention with that argument is not as much its viability, as it is its urgency.

Given "long and variable lags" between monetary policy and their impact on the economy, we have not yet felt the full impact of the aggressive hiking cycle. If we eventually see a stabilization (and subsequent upturn) in housing-related data without a commensurate decline in leading labor market data, a formal recession might be avoidable. However, given the numerous recessionary signals from other leading indicators, we still think it's premature to assume that labor can make it out of this tightening cycle unscathed.

All corporate names and market data shown above are for illustrative purposes only and are not a recommendation, offer to sell, or a solicitation of an offer to buy any security. Supporting documentation for any claims or statistical information is available upon request.