May 13, 2022
U.S. equites finished the last session of a volatile week higher, but posted losses on a weekly basis for the sixth-straight time.

Transcript of the podcast:

U.S. equites finished the last session of a volatile week higher, but posted losses on a weekly basis for the sixth-straight time. The moves came as the markets continue to grapple with an expected aggressive Fed monetary policy tightening campaign, which Chairman Jerome Powell reinforced late Thursday. Global sentiment seemed to get some relief after Chinese officials suggested that COVID-related lockdowns—which have been a source of uneasiness—may be set to ease. However, rising interest rates and the U.S. dollar, along with signs of slowing economic growth continued to stymie conviction. On the equity front, Twitter was in focus after Elon Musk suggested his $44.0 billion deal to buy the social media platform is on hold, while Affirm Holdings rallied after posting a smaller-than-expected loss and raised its guidance. In economic news, consumer sentiment fell more than forecasts as inflation worries led to a fresh decade low, but import prices came in cooler than expected. Treasuries were lower to provide a lift to yields, and the U.S. dollar lost ground after a recent run, while crude oil prices rallied, and gold traded to the downside. Europe finished with broad gains and Asia was mostly higher to close out the week.

Twitter Inc. (TWTR $41) was in focus after Elon Musk tweeted that his $44.0 billion deal to acquire the social media company is temporarily on hold pending details supporting the calculation that spam/fake accounts do indeed represent less than 5.0% of users. Musk followed up this comment by tweeting that he is still committed to an acquisition. Shares fell.

Affirm Holdings Inc. (AFRM $24) reported a Q3 earnings-per-share (EPS) loss of $0.19 per share, smaller than the FactSet estimate calling for a $1.23 per share shortfall, as revenues rose 54.0% year-over-year (y/y) to $355 million, above the Street's forecast of $344 million. The payment network said the number of active merchants on its platform jumped and its active consumers increased 137.0% y/y and transactions surged 162.0%, while its gross merchandise volume was $3.9 billion, up 73.0%. AFRM raised its full-year revenue guidance. Shares jumped over 30%.

The markets remained choppy as they grappled with the ultimate implications of persisting inflation pressures and expectations of an aggressive Fed monetary policy tightening campaign. Schwab's Chief Investment Strategist Liz Ann Sonders discusses the volatile market action in her latest article, When the Levee Breaks, Panic Is Not a Strategy. She notes that April was the worst month for the S&P 500 since March 2020, and that it's been a mixed-to-weaker bag in terms of macro drivers and we expect significant bouts of volatility to persist.

She concludes that this is not a time for investors to take on risk outside the parameters of their strategic asset allocations. It is a time for investors to employ traditional disciplines around diversification (across and within asset classes), to focus on quality in terms of stocks' fundamentals, and to stay in gear via periodic rebalancing. You can follow Liz Ann on Twitter: @LizAnnSonders.

Read all our market commentary, including our latest article, Stock Market Volatility: Schwab's Quick Take, on our Market Insights page, and you can follow us on Twitter at @SchwabResearch.

The preliminary University of Michigan Consumer Sentiment Index (chart) for May showed that sentiment fell more than expected, dropping to 59.1 from April's final reading of 65.2, and versus the Bloomberg consensus estimate calling for a decline to 64.0. The index fell back to a low not seen since 2011 as the expectations component of the report posted dropped solidly, as did the current conditions portion. Director of the survey Joanne Hsu said inflation remains on the forefront of consumers' minds, per Bloomberg, adding that respondents mentioned inflation throughout the survey, whether the questions referred to their own personal financial situations, their outlook for the economy, or buying conditions. The 1-year inflation expectation remained at 5.4%, versus the expected 5.5% rate, the highest since December of 1981, and the 5-10 year inflation outlook held steady at 3.0% for the fourth-straight month.

The markets digested comments from Fed Chairman Jerome Powell after the markets closed yesterday, where he reiterated that 50-bp rate hikes are likely in June and July, while noting that inflation is way too high and a soft landing may depend on factors beyond the Fed's control.

As the Fed launches a series of rate hikes to try to cool off inflation, check out the latest offering from Schwab's Director of Fixed Income Collin Martin and Director of Fixed Income Strategy Cooper Howard titled 8 Questions on the Bond Market and Rate Hikes, where they provide their insight into some of the most frequently asked questions they have received this year.

European equities finished broadly higher, showing some resiliency in the final session of the week amid festering uncertainty and uneasiness regarding monetary policy tightening implications after last week's rate increases out of the U.S. and the U.K. The global markets seemed to have gotten some signs of optimism that COVID-induced lockdowns in China might be easing following comments from Shanghai officials. The gains came despite rising inflation pressures, exacerbated by the energy crisis in the region due to the ongoing war in Ukraine, which has also hamstrung conviction. Also, increasing interest rates and the recent rally in the U.S. dollar has recently added more layers to stymie sentiment. Amid the recent rise in global interest rates, Schwab's Chief Global Investment Strategist Jeffrey Kleintop, CFA, offers his latest commentary, Hedging Stocks Against Rising Rates. Jeff notes how investors should consider hedging the possible risk of higher interest rates with the addition of short duration stocks, a potential way to manage risk while remaining invested in the markets. You can follow Jeff on Twitter: @JeffreyKleintop. In economic news, Eurozone industrial production fell in March but by a smaller amount than expected, and Q4 labor costs decelerated in the U.K. The euro and the British pound ticked higher versus the U.S. dollar, while bond yields in the Eurozone and the U.K. rose.

Asia mostly higher to close out the week

Stocks in Asia finished mostly higher in the final session of the week, with the markets shrugging off lingering headwinds of expectations of aggressive monetary policy tightening out of the U.S., along with rising interest rates and the U.S. dollar. The markets seemed to get a reprieve from concerns about the COVID-related lockdowns in the world's second-largest economy of China after Shanghai officials said their goal is to have no community spread of COVID by mid-May and they are looking to expand the number of businesses allowed to operate. The lockdowns have bolstered concerns of an economic slowdown that recent data has suggested and Schwab's Jeffrey Kleintop discusses in his latest article, Recession in China?, how China's economy and consumer market has likely slipped into a recession, at least by China's standards. Jeff takes a look at the short-term and long-term impacts of any extended disruption of the lockdowns on consumer spending and business output. Just as the markets closed, China reported that its aggregate financing—a measure of total credit issued—and new yuan loans both slowed sharply and came in well below forecasts for April. In other economic news, India's exports accelerated solidly for last month, and South Korea's import prices declined and its export prices remained severely elevated for April.

U.S. stocks logged another down week with the S&P 500 and Nasdaq posting six straight weeks of declines, while the Dow registered a seventh-consecutive weekly loss. The markets continued to contend with the bearish backdrop of aggressive monetary policy tightening, persistent inflation, rising interest rates, and a strong U.S. dollar. Additionally, COVID-related lockdowns in China, the ongoing war in Ukraine, and surging energy prices added further layers and dampened the global economic outlook. A crash in the cryptocurrency markets also added to the market jitters. Most major S&P 500 sectors finished lower, with Real Estate, Consumer Discretionary, and Information Technology leading to the downside. The U.S. dollar continued to rally to 20-year highs, crude oil prices held steady at elevated levels over $100.00 per barrel but in choppy action that saw prices decline at one point below the $100.00 mark, and gold moved lower despite still elevated reads on April consumer and wholesale price inflation reports. Treasuries were higher likely due to concerns about economic growth, which put some downside pressure on yields.

Next week, earnings season will wind down with some major retailers putting on the finishing touches, and the economic calendar will deliver a few data points that could move the markets. The April retail sales report will likely garner the most attention, while the housing market will also command interest given how affordability concerns have jumped amid the continued surge in home prices and recent spike in interest rates. Some key housing releases include, the May NAHB Housing Market Index, along with April reads on building permits and housing starts, and existing home sales. Initial jobless claims for the week ended May 14, the Leading Index for April, and timely May reads on regional manufacturing reports out of New York and Philadelphia are some other reports worth paying attention to. Fedspeak will continue, which the markets could highly scrutinize, headlined by Chairman Jerome Powell's participation in a Wall Street Journal event, and notorious hawk St. Louis Fed President James Bullard. 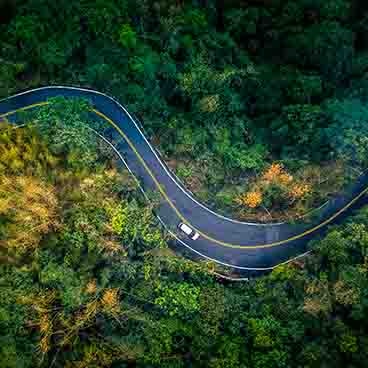 Looking to the Futures: Oil Prices Climb Despite Inventory Build

Crude Oil futures rebounded from a brief dip below $100 per barrel.

U.S. equites finished the last session of a volatile week higher, but posted losses on a weekly basis for the sixth-straight time.