May 23, 2022 Jeffrey Kleintop
Stocks, bonds, and cash are all in a bear market or teetering on the edge of one—a very rare event. Over the past 72 years, there have only been two prior periods with a triple bear. 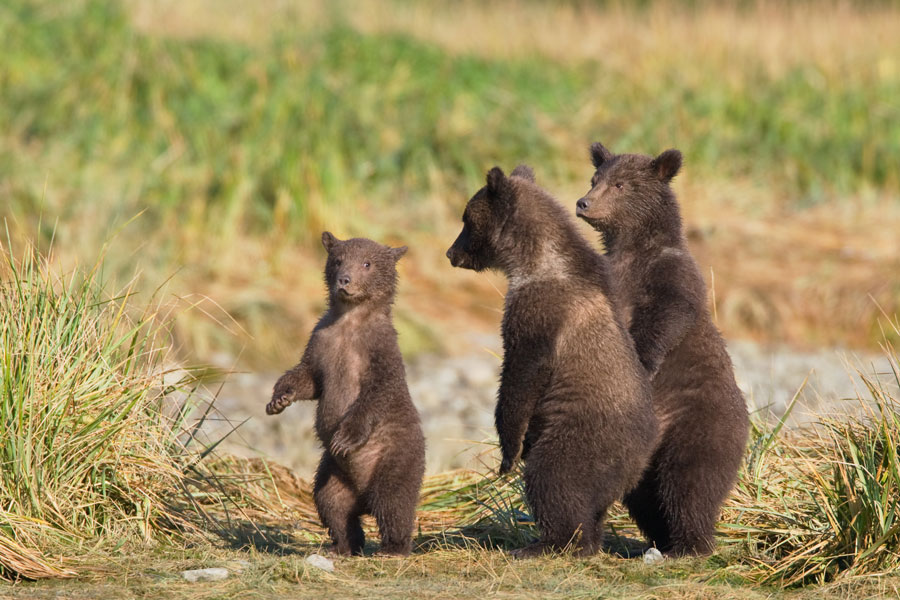 Stocks, bonds, and cash are all in a bear market or teetering on the edge of one—a very rare event. Over the past 72 years, there have only been two periods with a triple bear—both took place in the 1970s.

Stock market represented on log scale indexed to 100 on Dec 31, 1969. Past performance is no guarantee of future results.

Will a bull market return?

A bull market is likely to return, as it typically has. But when? Well, every period is different and there can be no guarantees. It is worth noting however that the prior periods featuring any of these three bears were often very brief.

How much lower until the bottom?

Nearly every stock bear market for the MSCI World Index came alongside a global economic recession. Non-U.S. stocks do not seem to have fully priced in a recession, but they may be close. The price-to-earnings (PE) ratio for international stocks, represented by the MSCI EAFE Index, has rarely been lower than it is today, outside of a recession.

The history of analysts' estimates for the next 12 months of earnings begins in 1988, allowing us to look at nearly 35 years of the forward PE ratio. Currently, the forward PE for the MSCI EAFE Index of the stocks of international developed countries is well below its long-term average, but not yet in line with market lows associated with the prior seven recessions in Europe or Japan. On average, a recession would see the PE fall another 4%. During the two financing crises (Great Financial Crisis 2008-09 and European Debt Crisis 2011-13), forward PEs fell an additional 25-35%.

Close to pricing in a recession? 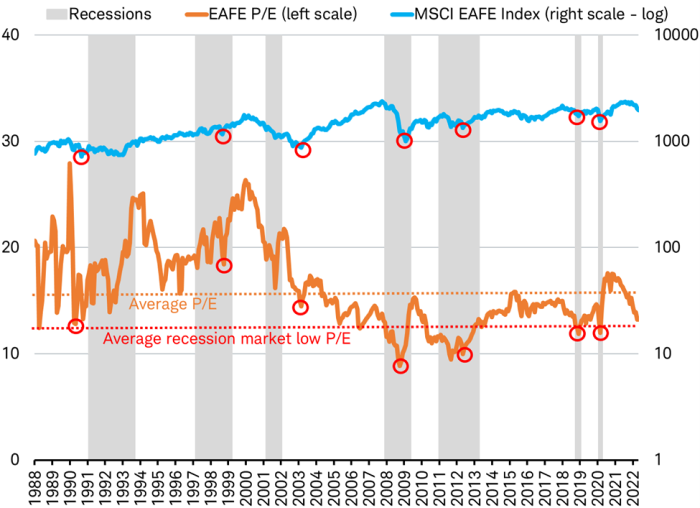 Shaded areas denote recessions in Europe or Japan. Price-to-earnings (PE) based on forward 12 months consensus estimates. A log or logarithmic scale is a non-linear scale used to illustrate rate of change. Past performance no guarantee of future results.

Of course, a rapid decline in the earnings outlook for the next 12 months would tend to pull the PE ratio upwards, making equities more expensive. Fortunately, analysts have been raising rather than cutting estimates for earnings growth. In fact, the number of international companies with upward earnings revisions outpacing those with downward revisions has just reached the widest margin since before the war in Ukraine. 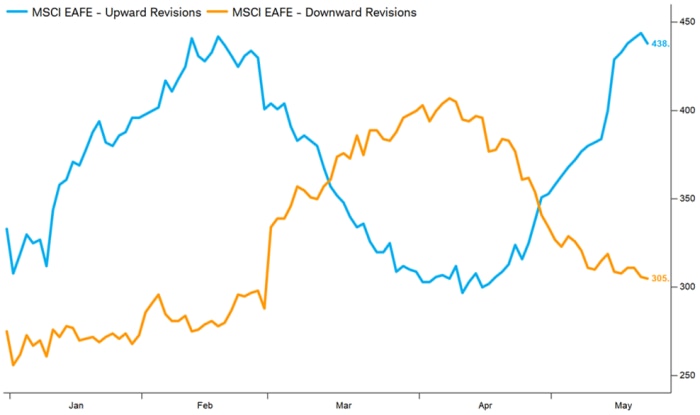 Even as estimates of economic growth have been falling, estimates of earnings growth have been on the rise. It isn't because economists and analysts have different views, it's because they have different tasks. For example, higher energy prices can act as a drag on the economy, leading to lower GDP forecasts, but can boost the earnings outlook for the companies that make up the major indexes by lifting earnings for energy companies. Europe's earnings growth has been stronger than that of the U.S., aided by greater exposure to companies that benefit from higher inflation and commodity prices. Earnings growth for companies in the U.K., Canada, and Japan have been steadily rising and are now expected to be near 20% in 2022, up sharply from the start of the year. This compares to just about 10% earnings growth for the United States. Earnings growth is the main driver of the stock market over the intermediate and longer term, so this could be a plus for international companies.

Investors are worried that inflation is too hot and that the economy may be getting too cold. Investors looking for strategies that may be just right for them may want to consider these investing ideas: 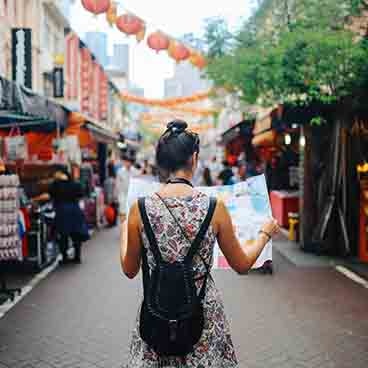 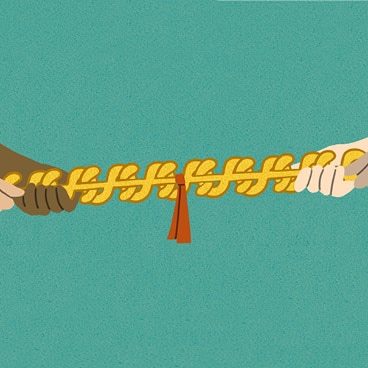 All expressions of opinion are subject to change without notice in reaction to shifting market conditions. Data contained herein from third-party providers is obtained from what are considered reliable sources. However, its accuracy, completeness or reliability cannot be guaranteed. .  Supporting documentation for any claims or statistical information is available upon request.

Forecasts contained herein are for illustrative purposes only, may be based upon proprietary research and are developed through analysis of historical public data