May 9, 2022 Jeffrey Kleintop
The world's second-largest economy and consumer market has likely slipped into a recession, at least by China's standards. 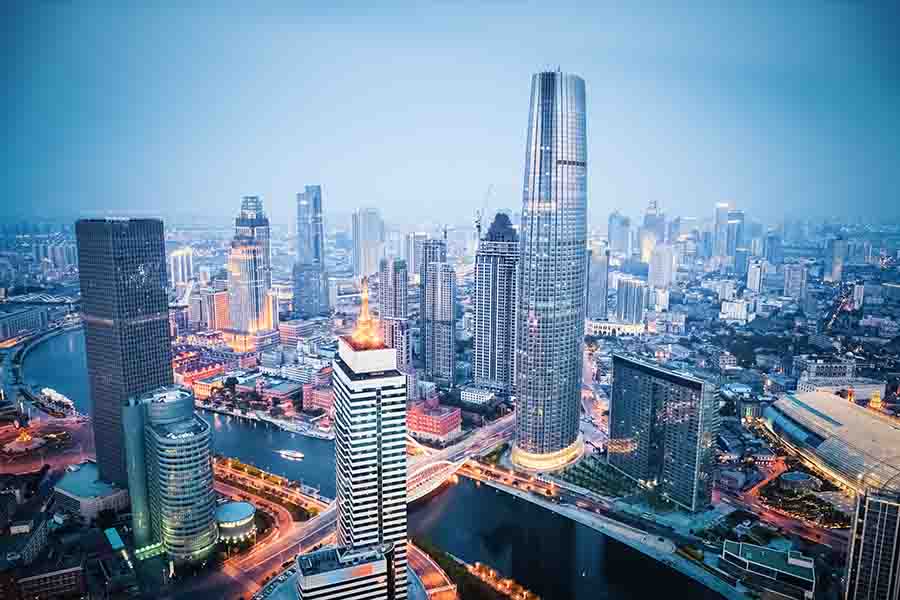 The world's second-largest economy has likely slipped into a recession, at least by China's standards. Severe lockdowns in response to the latest COVID-19 outbreaks have resulted in a sharp economic slowdown. Many economists have downgraded their China gross domestic product (GDP) growth targets for this year, citing risks from the zero-COVID policy. Most notably, the International Monetary Fund recently lowered its China GDP growth forecast for 2022 to 4.4%, well below the government's target of about 5.5%.

The most dramatic of these recent lockdowns saw tens of millions of people confined to their homes in Shanghai during April. Data to be reported this week on April's retail sales in China is expected to show a drop of -7.5% from a year ago. But there may be even worse news. China reported a steep drop in tourist spending for the five-day Labor Day national holiday in early May. Tourist spending was down 43% from the same period last year, according to the Ministry of Culture and Tourism.

The Caixin Services Purchasing Managers' Index, a closely watched indicator of the services sector of China's economy, plunged to 36.2 in April from 42 in March (below 50 indicates contraction). The impact is considerable, as the services sector accounts for more than half of China's GDP and over 40% of the country's employment. While the extent of the contraction was not as severe as the nationwide lockdown during the initial outbreak in February 2020, the sudden drop is beyond a normal cyclical fluctuation. With China's manufacturing sector also shrinking last month, it appears that the world's second-biggest economy may have gotten smaller in April.

China's downturn not yet as deep as February 2020

In the short term, China's economic outlook largely depends on the success of its COVID strategy. There are some indications that May could be better than April: around 16.7 million of Shanghai's 25 million people are now allowed to leave their neighborhoods as of May 5, following a sharp decline in new cases. However, getting cases under control has been difficult and Shanghai increased restrictions in some areas over the weekend. Beijing has been able to keep new case numbers to dozens per day, reducing the likelihood it would be subject to a strict lockdown, but curbs could still dampen consumer spending. Cities in China are now requiring residents test at least once a week, striving towards shorter, more targeted lockdowns that may reduce economic costs in the coming months. 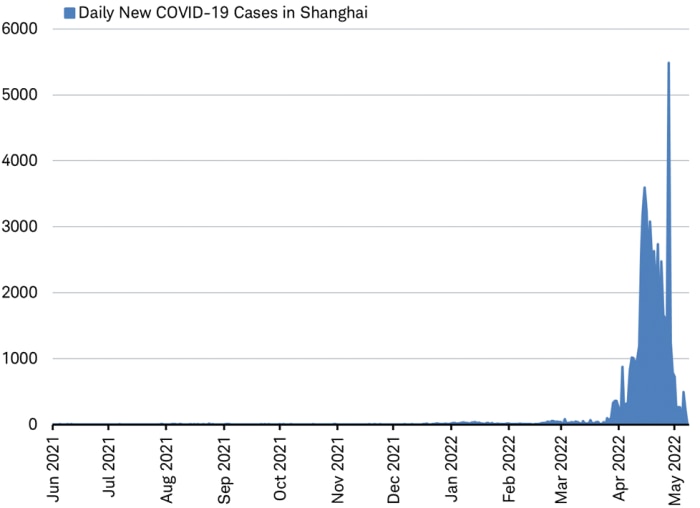 The Chinese government's announcements of additional economic stimulus policies replacing the surge in regulations seen last year may not gain much traction until lockdowns ease and those incentives can be put into action. The potential for strong stimulus post-economic reopening can be seen in the quantity and emphasis of new initiatives. For example, in February 2020 China's leadership called on officials to "actively expand effective demand." But, the tone in their April 2022 communication seems more aggressive, instructing "all-out efforts to expand domestic demand." Signaling its unwillingness to surrender the 5.5% growth target for 2022 despite the recent sharp slowdown, the Politburo implored officials to "work hard to achieve the full-year forecast targets."

In the same April communication, China's leaders also addressed other issues of concern weighing on the economy. Most notably, they proposed to normalize regulation of internet platforms and deliver specific policies to support their healthy development, including a focus on supporting housing using a variety of monetary policy tools. In another sign of economic accommodation, China recently relented on key points of contention related to U.S. officials conducting on-site inspections of local auditors of U.S.-listed Chinese firms, diffusing the threat of delisting for China's companies listed on U.S. exchanges.

China's policymakers appear to be targeting higher growth in the second half of the year to make up for lockdown losses in the first half and achieve their 5.5% 2022 growth target. If China can't get the COVID outbreaks under control, recessionary pressures may linger and global supply chain delays may continue to worsen, increasing inflationary pressures. Alternatively, China reopens and the powerful stimulus boosts demand for commodities and puts upward pressure on commodity prices and inflation. Either scenario implies that commodity prices and inflation may rebound after recently easing due to China's economic pullback and its lagged impact on supply chains (which may have yet to be widely felt). For example, the recent slump in copper prices may reverse on an uptick of China's production and infrastructure demand, given very low inventories of the essential metal in China. This suggests the market environment favoring shorter duration stocks may continue (for more, read Hedging Stocks Against Rising Rates). Over the longer term, any extended disruption to consumer spending and business output is a risk to China-exposed companies. Apple has warned of an earnings hit of up to $8 billion from COVID-related supply disruptions; General Electric reports that lockdowns are suppressing demand as well as causing supply-chain problems. Beyond a raised risk for a short-term earnings miss, there may be a risk that global businesses slow or stop investing in China over the longer-term.

U.S. and European business investment in China grew steadily over the past decade, even during the height of President Trump's trade war with China. In fact, China's inbound foreign direct investment in 2021 rose by a third, reaching a new all-time high of $334 billion USD. Major manufacturers, like Tesla, Ford, Nike, and Apple increased their investments, attracted to China's growing market and unmatched production competences. The waves of global COVID infections in 2020 and 2021 saw other countries that compete with China for export business suffer output gaps; China won more business as the government found ways to keep factories running.

* This $334 billion USD measure of FDI inflows is broad and includes new nonfinancial investment, reinvested profits of existing nonfinancial foreign affiliates, as well as foreign investment and reinvestment in financial institutions in China. This series reported by the State Administration of Foreign Exchange (SAFE) differs from the FDI inflation series reported by the Ministry of Commerce of China (MOFCOM) depicted in the chart in that the charted data does not include reinvested earnings of existing foreign firms and foreign investment in China’s financial sector.

More recently though, a survey by AmCham Shanghai conducted at the end of March showed that 49% of companies say they will reduce investment in China if the current COVID restrictions remain in place into next year. China may be losing its edge: 60% of companies and 82% of manufacturers now report their production slowed during the present outbreak due to lack of employees, inability to obtain supplies, or explicit factory halts resulting from the lockdowns.

Should major companies begin to abandon China it could result in some big costs—both in terms of lost sales and higher production costs. For example, we've seen some high costs associated with businesses abandoning their Russian operations, such as the $5 billion reported by Shell. A step back from China would probably entail much greater costs, given how deeply integrated China is in the world's supply chains and as a consumer market. 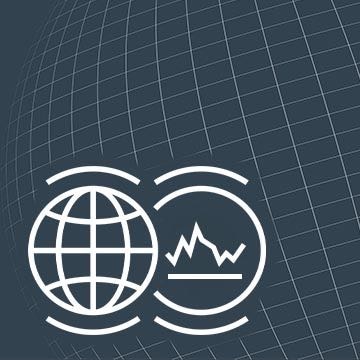 Chief Global Investment Strategist Jeffrey Kleintop’s 90-second take on the markets for the week ahead. The policy analysis provided by Charles Schwab & Co, does not constitute and should not be interpreted as an endorsement of any government or political party.