The End of Rate Hikes?

August 15, 2022 Jeffrey Kleintop
The signals from central banks that rate hikes, which began last year, may be coming to an end could be welcome news for investors looking ahead to the next 12 months. 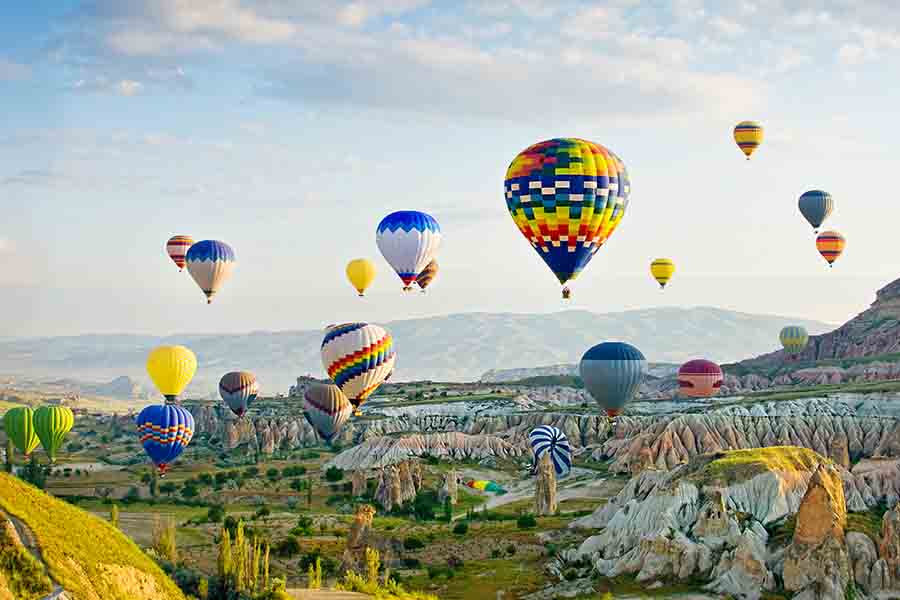 The current rate-hike cycle began in earnest last year after record-breaking policy rate cuts among global central banks' responding to the economic impact of the 2020 global pandemic lockdowns. In early 2022, stocks around the world began to slide into a bear market as the net number of central banks hiking rates turned positive. The number of central banks hiking rates is now higher than the number that were hiking in 2008, when central banks attempted to rein in the massive liquidity fueling the global housing bubble. But now, signs are beginning to emerge that the trend in rate hikes may be nearing a peak which may be welcome news for investors.

Near a peak in rate hikes?

Beginning of the end?

Following the signs of an end to rate hikes among those central banks that led the rate hikes, the market now expects the major central banks, such as the U.S. Federal Reserve (Fed), European Central Bank (ECB), and Bank of England (BoE), may end their rate hikes in the first half of next year.

Estimates shown in grey from August 2022 through January 2024. Forecasts contained herein are for illustrative purposes only, may be based upon proprietary research and are developed through analysis of historical public data.

The market expects the peak in rates to be followed by a gradual decline in policy rates beginning in the first half of 2023. But looking back, historically declines in policy rates haven't been gradual. In fact, over the past 20 years, the turn from hikes to cuts has tended to be abrupt, often in response to economic recessions. Rapid moves from hikes to cuts and back again was also the case during the inflationary-stubborn 1970s, for central banks when monetary policy was much different than today.

German Bundesbank discount rate used prior to Eurozone creation in 1998 as proxy for ECB policy rate.
Estimates shown in gray from August 2022 through January 2024. Forecasts contained herein are for illustrative purposes only, may be based upon proprietary research and are developed through analysis of historical public data.

Stocks and the end of rate hikes

An end to central bank rate hikes may help to turn around the losses seen this year in stock markets in major countries around the world.

Stocks on average have posted gains after the last rate hike 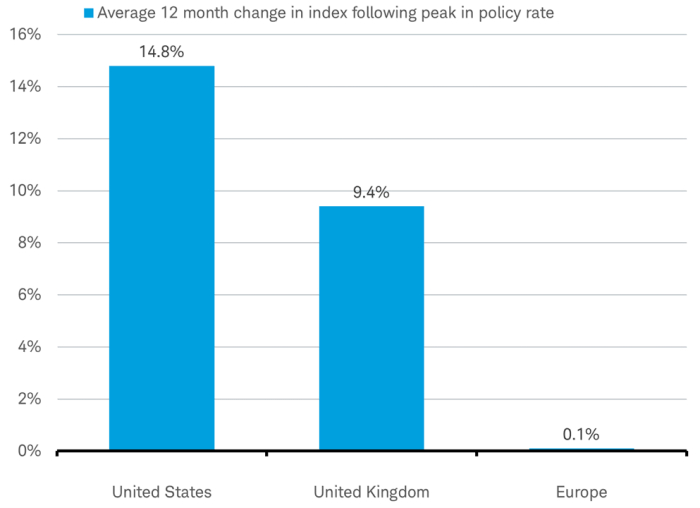 Performance measured from day of last rate hike by the Federal Reserve, Bank of England, or ECB/Bundesbank, respectively. Indexes used: U.S. = S&P 500 Index, United Kingdom = MSCI United Kingdom Index, Europe = Europe STOXX 600 Index and the F.A.Z. Index of top German companies prior to the 12/31/1986 inception of the STOXX index. Past performance is no guarantee of future results.

Of course, it is easy to mark the timing of the last rate hike in hindsight. But that is much harder in real time. There is no guarantee that the market or central bank officials are right in expecting the last rate hikes to come in early 2023—they could come sooner or later depending on the inflation and economic data and due to unforeseeable developments that may change the environment entirely. But the signal that rate hikes have come to an end by the central banks that led the rush to hike rates may be welcome news for stock market investors looking out to the coming year.

Markets And Economy International Us