November 7, 2022 Jeffrey Kleintop
Central banks seem to be stepping down from aggressive rate hikes, which may lead to a year-end "Santa Pause" rally for stocks. 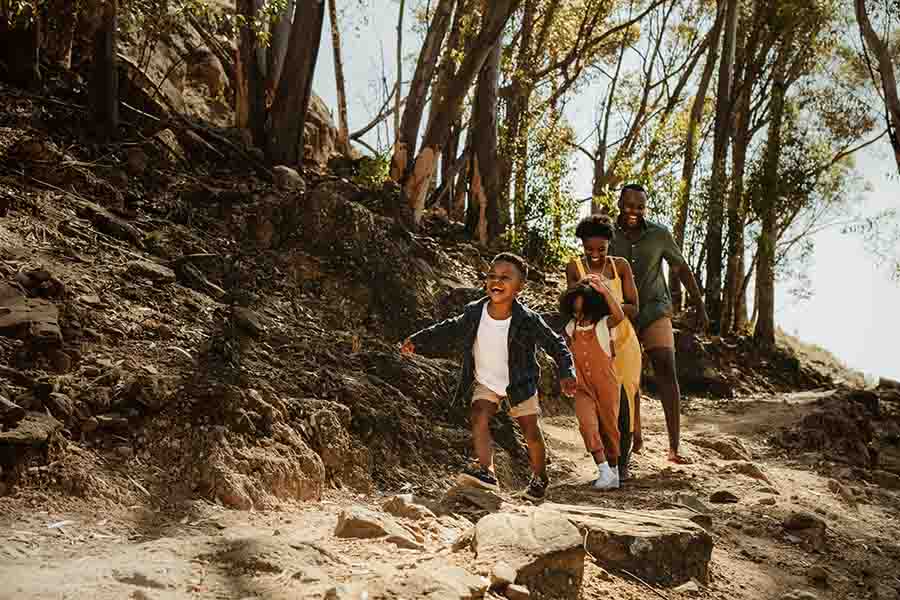 Markets seem to have been taking their direction from central banks for most of 2022. While a pivot to rate cuts does not seem likely in the near term, if central banks signal a step down in the size of the rate hikes or a pause, stocks may breathe a sigh of relief.

In the past week, there have been some signs of stepping down by major central banks:

Last week's announcements continue the emerging trend seen in recent weeks that suggests a nearing end to the rate hiking cycle. Other major central banks have also pulled back from aggressive rate hikes in October and some have even halted their hikes. The chart below shows the pace of rate hikes for major central banks—notice that the bars are getting smaller as rate hikes are moderating. The shaded column for December reflects current market-based forecasts.

Rate hikes have started to be smaller in size 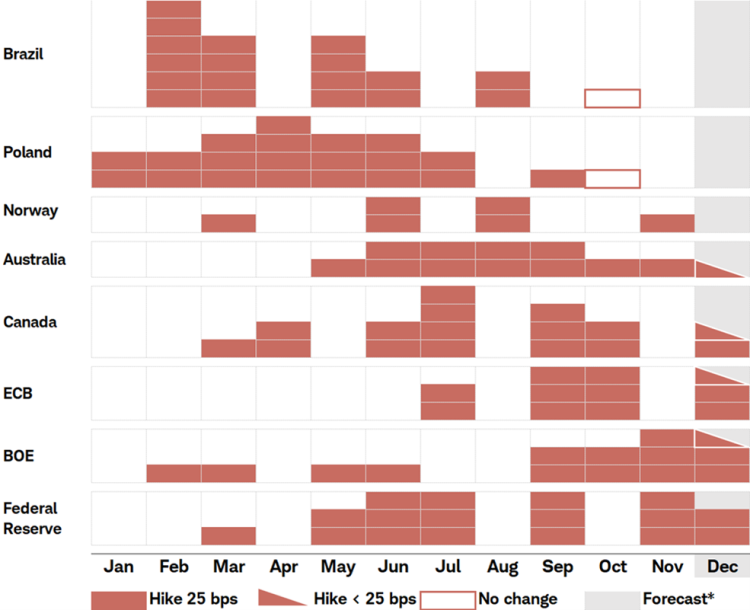 *Forecasts contained herein are for illustrative purposes only, may be based upon proprietary research and are developed through analysis of historical public data.

The step down began to emerge in October:

Stepping down from aggressive rate hikes could help boost stock markets. Since signs of a stepping down began to emerge at the start of October, the MSCI EAFE Index of international stocks climbed nearly 10%. Stock markets outside the U.S. that are outperforming the S&P 500 Index this year include many countries where the central banks are stepping down, as you can see in the table below.

Performance reflects total return measured in US Dollars for all indexes.

Indexes are unmanaged, do not incur management fees, costs and expenses, and cannot be invested in directly. Past performance is no guarantee of future results.

There can be no guarantee that central banks will continue to step down the pace of their hikes or pause them, but if they do it is possible a "Santa Pause" rally could be in store for markets as the year draws to a close.