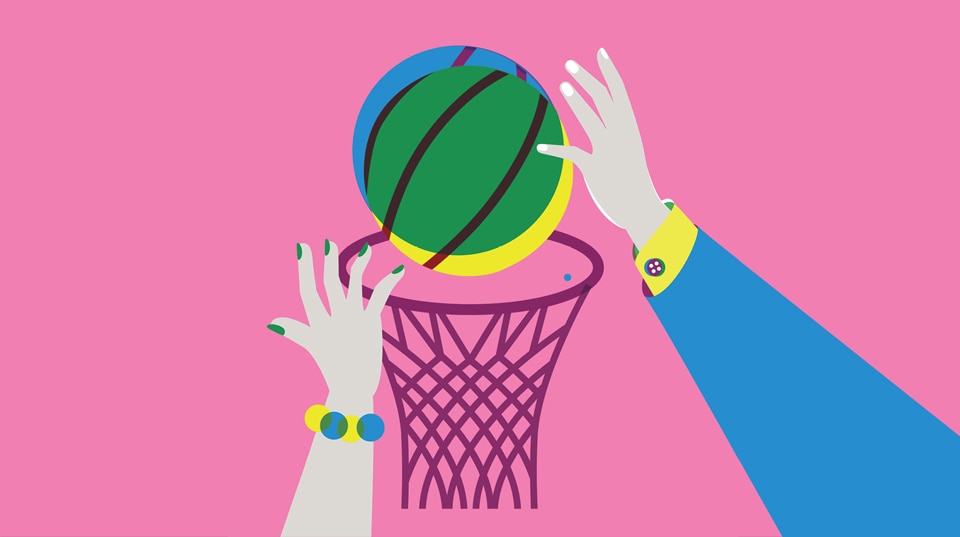 Couples who agree to spend their lives together—whether married or not—often share their savings, spending and financial planning.

That said, they may also maintain at least some separate accounts—out of necessity in the case of a company 401(k), or out of personal preference to accommodate different investment and spending priorities. “If one spouse is more of a spender, for example, it can cause friction,” says Bob Lucker, an investment advisor at Schwab Private Client Investment Advisory in Lone Tree, Colorado. “Keeping at least some money separate can help with that.”

Indeed, nearly one in three adults in a relationship reports money as a major source of conflict, according to the American Psychological Association.1 “I frequently work with couples who have different philosophies about managing their money,” says Mark Wilson, another investment advisor at Schwab Private Client Investment Advisory. “The earlier they recognize and talk about these differences, the sooner they can create a plan for their family finances that both of them support.”

Among the most important strategies couples can employ is putting their financial priorities on paper. They needn’t be in lockstep on everything, but it’s important to build an overall consensus. For example:

“These discovery sessions can help couples determine when it makes sense to consolidate—and when to keep things separate,” says Mark. “For example, many couples choose to join forces on big-ticket items like a down payment or a mortgage but go their separate ways for personal goals like a new car. It’s all about finding a balance that serves you both.”

Retirement, on the other hand, is in a league all its own. “This is likely your biggest shared goal, so make sure you’re in agreement regarding how much you’ll save each month, the amount of risk you’re willing to take and the strategies available to you as a couple,” he says. “For example, one spouse’s employer may offer a better matching contribution or more robust investment options than the other, so be sure to take those factors into account when creating your overall retirement savings plan.”

Once you’ve nailed down the basics, Bob suggests holding at least one annual, formal meeting about family finances in which you budget out the coming months, determine discretionary and necessary spending, agree on any changes in both saving and spending, and assess whether your asset allocation strategy is keeping the family’s investment goals on track. Such a conversation, he says, “ensures that both partners are working toward the same financial goals—and their accounts and investments aren’t inadvertently undermining each other.”

Having fundamentally different approaches to saving and investing can sometimes be a plus—provided both partners communicate their strategies. For example, blending one partner’s aversion to risk with another’s desire to outperform the market can lead to a mutually balanced approach.

One married couple with whom Bob works has struck this balance. The wife wanted a conservative portfolio, while the husband preferred a more aggressive approach. Although they set up separate accounts tailored to their individual attitudes, “we look at it holistically as one balanced plan,” Bob says. “That way, the more conservative spouse doesn’t lose sleep during a bear market, the more aggressive spouse is adequately positioned to capitalize on a bull market, and together they’re prepared for just about anything.”

Other solutions can be tailored according to a partnership’s particular needs. Among Mark’s clients, for example, is a couple with a 20-year age difference. The older, retired spouse is in his mid-70s and focused on capital preservation, while his wife is still in her prime working years and looking for growth.

“After putting our heads together, we decided that each spouse’s individual portfolio could reflect their personal risk preference without sacrificing their shared goals,” Mark says. “As a result, their overall portfolio is perhaps a bit more aggressive than he’d typically be comfortable with and a little more conservative than she’s used to, but this balanced approach is one they can both live with.”

Even with thoughtful planning, having multiple accounts with multiple strategies can involve unforeseen pitfalls, such as wildly uneven returns during a bear or bull market. When markets are volatile, “it’s a good idea to review your accounts frequently or check in with your financial advisor to make any portfolio adjustments necessary to help meet your long-term goals,” Bob says.

Managing multiple accounts can also make it more difficult to develop a holistic picture. As investors transition to new employers, for example, they often end up with multiple retirement plans. “Consolidating those accounts can give you a much clearer picture of your overall situation as a couple,” Bob says, “which is the key to any successful partnership.”

Of course, even the best partnerships hit some rough patches, which is where an advisor can help. “Not only can a financial consultant help you assess your various assets and put a comprehensive plan in place, but he or she can also provide an unbiased opinion,” Mark says. “Sometimes, just adding that neutral third party can defuse a difficult situation and refocus the conversation on what truly matters: reaching your goals together.”

Diversification and asset allocation strategies do not ensure a profit and cannot protect against losses in a declining market.