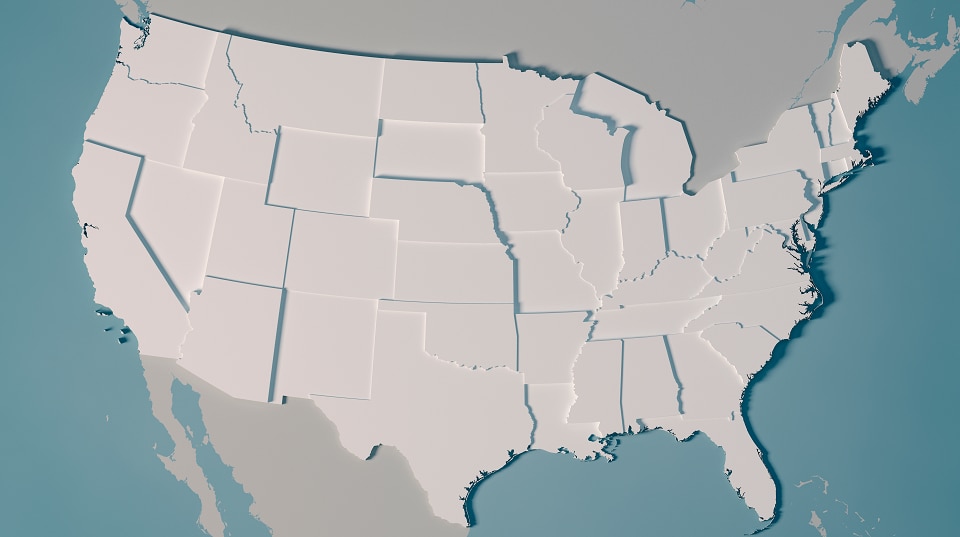 Senate Majority Leader Mitch McConnell caused a stir in the municipal bond market by saying on April 22nd that he would be in “favor of allowing states to use the bankruptcy route” rather than providing them additional federal aid.

We believe Sen. McConnell’s statements are likely a political move in advance of negotiations for future aid. In our view, it is very unlikely that states will declare bankruptcy despite the economic fallout from the COVID-19 pandemic. Moreover, no state is in need of bankruptcy protection today, especially after the lifeline they’ve received from the Federal Reserve.

We don’t suggest investors avoid munis because of Sen. McConnell’s statements. In fact, we think munis can offer attractive yields relative to other fixed income investments today. Below are seven reasons why we think a state declaring bankruptcy is unlikely.

Congress did pass legislation in 2016, known as PROMESA,1 that allowed Puerto Rico and many of its covered entities to enter into a bankruptcy-like protection. Technically it wasn’t bankruptcy, but it afforded the territory many of the same rights under the bankruptcy code. Since filing for protections under the new law in 2016, Puerto Rico and some of its public entities are still under that protection. It has been a long, complicated legal process, and one that arguably most states would try to avoid.

Bankruptcy is a legal process under which all creditors negotiate for the limited resources of the city or local government. This includes individuals who receive pension payments, whose claims compete against those of bondholders. Historically, claims by pensioners have received higher recovery rates than claims by bondholders, so allowing states to file for bankruptcy would likely not achieve the apparent goal. For example, in Stockton, California’s bankruptcy, the judge allowed retirees to recover all of their future pensions including the unfunded liability, while lowering the recovery rates for bondholders.

3. No state has signaled it is in need of bankruptcy protection at this point. The slowdown in economic activity as a result of the coronavirus crisis is likely to inflict economic damage on many states. Moody’s Analytics, which is separate from the ratings agency Moody’s Investors Service, estimates that the combination of lower revenues and increased expenses to reduce the spread of COVID-19 could be between 18% and 23% of general fund revenues.

The good news is that many states have been preparing for an economic downturn, and rainy-day funds are at historically high levels. Nineteen states have large enough rainy-day funds and general fund balances to absorb the economic hit, under Moody’s Analytics baseline scenario. However, there’s wide variability, as illustrated in the map below.

Some muni pundits have incorrectly stated that when Congress passed legislation allowing Puerto Rico bankruptcy-like protection, it would be the playbook for other states. We disagree with this view, because no state is currently in the financial position that Puerto Rico was at that time. At the time Puerto Rico filed for protections it suffered from a combination of high unemployment, a declining population, a high unfunded pension liability, and an unsustainable debt load. This is unlike any state today. When Puerto Rico filed for protections, its general obligation bonds had been rated below investment grade for more than two years. Currently, no state is rated below investment grade.

4. Bankruptcy and default are two different things. Although they often may be intertwined, bankruptcy is a legal process that allows for renegotiation of liabilities. Filing for bankruptcy does not guarantee that bondholders will receive less than was originally promised. In fact, the average issuer recovery rate for Moody’s rated munis has been 61% since 1970, with some bondholders receiving 100% of what was originally promised.

If a state gets into a situation where it doesn’t have all of the financial resources to meet its liabilities, it would have to raise taxes or reduce expenses. A general obligation bond is generally backed by the full taxing power of the issuer, and contains many strong legal protections that other liabilities do not. For example, in Illinois, debt service has to be pre-funded. Illinois general obligation bonds also have a first-priority draw on all state taxes.

Moreover, debt service tends to account for a low percentage of states’ revenues as illustrated in the map below. This illustrates that other expenses, such as payments to pension plans, are not currently crowding out payments to debt service. It’s worth noting that these percentages were generated prior to revenue declines that states likely will experience due to the COVID-19 crisis.

5. Bankruptcy is usually a last resort. Filing for bankruptcy protection can be a long and complicated process, and ultimately results in higher borrowing costs. In other words, most issuers don’t file for bankruptcy unless it’s absolutely needed. An early sign of distress for a state would be lack of access to the capital markets. That’s currently not happening.

6. Recent congressional aid and programs set up by the Federal Reserve should help states. The recently passed CARES Act provides direct aid to states to help mitigate the economic impact of the coronavirus. Each state is eligible for at least $1.25 billion and potentially more based on the population of the state. There are restrictions on how the states can use the funds, but it should help to alleviate some credit pressures.

The Federal Reserve recently announced the Municipal Liquidity Facility, which should assist states with short-term financing needs. The facility can purchase eligible notes up to 24 months in maturity from states, cities with populations greater than 1 million, and counties with populations greater than 2 million. There are other restrictions and limitations, but the facility should help with the short-term financing needs to states. The CARES Act pushed the tax filing deadline back to July 15th, which will negatively affect states that rely on income taxes. This new facility serves as a bridge loan for those states until they can receive those tax revenues.

Moreover, we would expect that if a state were facing the need to file for bankruptcy—even though it isn’t technically allowed to under the current laws—the state would access this facility to help with funding needs. The bottom line is that no state is in need of bankruptcy protection at this point—and if any were, the Fed just threw them a lifeline.

7. This is likely a political move in advance of negotiations for future aid. It’s likely that Congress will provide some form of additional aid in response to the novel coronavirus crisis. We view McConnell’s statement as a political move signaling that there’s a limit to the aid that congressional Republicans will support.

We continue to view munis as a defensive asset for investors in higher tax brackets. Here are some actions that we think investors can consider now.

1 PROMESA, formally known as the Puerto Rico Oversight, Management, and Economic Stability Act, was signed into law on June 30, 2016.

Ordinary Ways to Give Back During Extraordinary Times
Dashboards: Measuring Recovery In Real Time