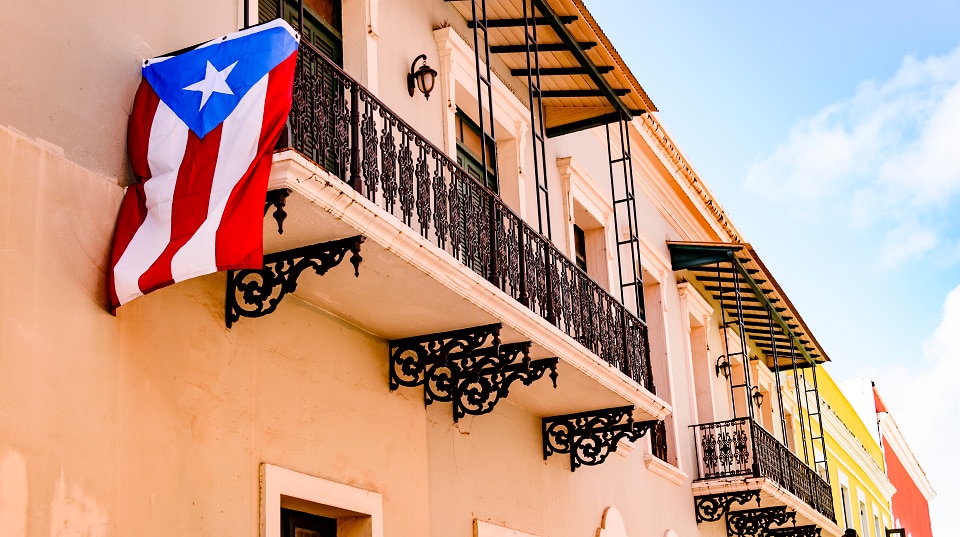 Although that wave never happened, muni investors shouldn’t ignore what’s currently going on in Puerto Rico, because it could have an impact on credit protections for some types of muni bonds.

Puerto Rico entered into a bankruptcy-like process in 2017. It’s currently working through restructuring its debt, which essentially means exchanging the old debt for new bonds and possibly some cash.

We don’t suggest owning Puerto Rico bonds. If you’re looking to generate income in your portfolio, keep in mind that most Puerto Rico bonds are in default and therefore are not interest-bearing securities. Speculating on the outcome of the restructuring is highly risky, too, and a strategy we wouldn’t suggest.

That said, let’s look at the history of the situation, and what’s going on now.

How we got here

The Commonwealth of Puerto Rico has been struggling with a government debt crisis and poor demographic trends for years. Although Puerto Rico is a territory of the United States, neither it nor its public corporations are covered by the U.S. Bankruptcy Code. To address this situation, Congress passed legislation, known as PROMESA, in 2016 that allowed the commonwealth's government and its public corporations to enter into bankruptcy-like protection.

Source: Moody’s Investors Service, as of 5/3/2017. Net tax-supported debt per capita is how much debt the state or territory has per citizen that is supported by tax revenue. It is one factor to consider when analyzing a government's ability to continue to pay its debt service costs through its current levels of tax revenue.

The island’s government filed a petition to enter the process in 2017. The initial filing was for the commonwealth’s $13 billion of constitutionally protected general obligation (GO) debt, but other Puerto Rican entities eventually filed for protection, as well.

Puerto Rico has many different types of debt, as illustrated in the table below. Each is backed by different legal claims to Puerto Rico’s resources. The PROMESA law also created the Financial Oversight and Management Board (FOMB), which is tasked with facilitating negotiations and restructuring the island’s debt load. Puerto Rico has received court approval to restructure its sales tax financing bonds, known as COFINAs. The original COFINA bonds defaulted in 2017, but since then new bonds have been issued. Although the new COFINA bonds are not in default they should still be treated as speculative investments.

Puerto Rico has many different types of bonds

*Note: Individual bonds issued by the issuers above may differ in default status due to additional features such as credit enhancements. Consult the bonds’ most recent disclosures prior to making an investment decision. For informational purposes only.

Several things have been proposed that could set a precedent for muni investors elsewhere in the world, and as such are worth keeping an eye on. These include:

1. “Haircuts” based on debt type

The reduction in asset value—known as a haircut—varied depending on the type of debt, as illustrated in the chart below. For example, GO debt was proposed to be reduced by 66%, while other types of debt received smaller haircuts or none at all. It’s up to a federal judge overseeing Puerto Rico’s debt negotiations to determine the next steps for this plan, and to rule on any pending litigation.

The plan also proposed different reductions in value for the GO debt depending on when it was issued. During the restructuring process, a lawsuit was filed that sought to invalidate general obligation debt issued after 2012 on the basis that it breached constitutional debt limits. Rather than invalidating some of the GO debt, the plan of adjustment proposed a lower settlement on the GOs issued after 2012.

It’s rare to have different recovery rates (that is, the amount the investor eventually receives after negotiations are finalized) within the same bond category. While it has happened before, usually it was due to groups of the same debt category accepting different settlement amounts.

Proposed recovery on Puerto Rico GO and other bonds

Note: Values are in billions of U.S. dollars.

The proposed deal released in early February isn’t a sure thing by any means. Shortly after it was agreed upon, it was immediately rejected by Puerto Rico’s governor, primarily because of concerns that it reduced pension benefits for the island’s workers too much.

It was also rejected by the bonds’ insurance companies, who are a large holder of Puerto Rico GO bonds. Among other issues, the insurance companies argue that the agreement wasn’t negotiated in good faith and “openly disregards basic constitutional protections, fiscal plan requirements, and obligations with respect to both general obligation and revenue bonds.” 1 Without broad support from the majority of bond holders and the governor, the agreement is likely to face legal challenges that could last months.

Even though this agreement may never become legally binding, it represents a step toward treating the GO bondholders more equitably, rather than distinguishing based on issue date.

One issue that has emerged in Puerto Rico’s restructuring process is the treatment of pledged revenue bondholders compared to general obligation bondholders. A pledged, or special, revenue bond is a type of revenue bond that is secured by a dedicated revenue pledge, such as a gas tax. Rather than that revenue source being comingled with the rest of the government’s funds, it goes directly toward paying debt service. A general obligation bond, on the other hand, is generally secured by all claims-paying resources of the sponsoring government.

The issue eventually made its way up to the U.S. Court of Appeals for the First Circuit, and the court ruled that the Commonwealth is not required to pay debt service on the PRHTA bonds during the bankruptcy-like process. Technically the ruling is only binding for issuers in the First Circuit (Maine, Massachusetts, New Hampshire, Rhode Island and Puerto Rico) but it is the first time that an appellate-level court has ruled on the issue and it could be highly influential—though not binding—to the other circuit courts. As a result, the major ratings agencies adjusted their rating criteria for pledged revenue bonds, and more closely tied them to the ratings of the sponsoring enterprise.

Where do we go from here?

Expect more lawsuits as the negotiations continue. Puerto Rico faces a unique combination of an extremely high debt load, multiple types of creditors including residents of the island, and negative demographic and economic trends. On top of that, the island has been recently been severely affected by hurricanes and earthquakes. The combination means it’s going to take time to sort through and negotiate the issues. We don’t expect Puerto Rico’s debt negotiations to be resolved in the near future.

What impact could it have on the rest of the muni market?

We don’t think Puerto Rico’s problems will affect the rest of the municipal bond market. Conditions in most of the muni market are stable, in our view, and we don’t believe the situation in Puerto Rico will significantly affect the performance of a diversified portfolio of muni bonds. However, one-off issues could arise, like the ruling on special revenue bonds. This issue has had an impact on the credit ratings of other special revenue bonds.

Puerto Rico’s problems have been under discussion and in the press for years, which has given markets time to prepare for the restructuring. The bankruptcy process approved by Congress for Puerto Rico is also specifically limited to Puerto Rico and cannot be used by other states, all of which have far less debt per capita, currently, than Puerto Rico.

What should investors do?

If you own Puerto Rico bonds that are in default and your goal is to generate income, understand that you own non-interest-bearing investments that may not pay again for some time. If you are attempting to speculate on the possibility that the recovery amounts that could be paid in the future for Puerto Rico bonds will be higher than what the market currently expects, be warned that that’s a risky strategy. You’re essentially speculating on the outcome of a legal case.

How Reliable Is Your Retirement Backup Plan?
Market Corrections Are More Common Than You Might Think