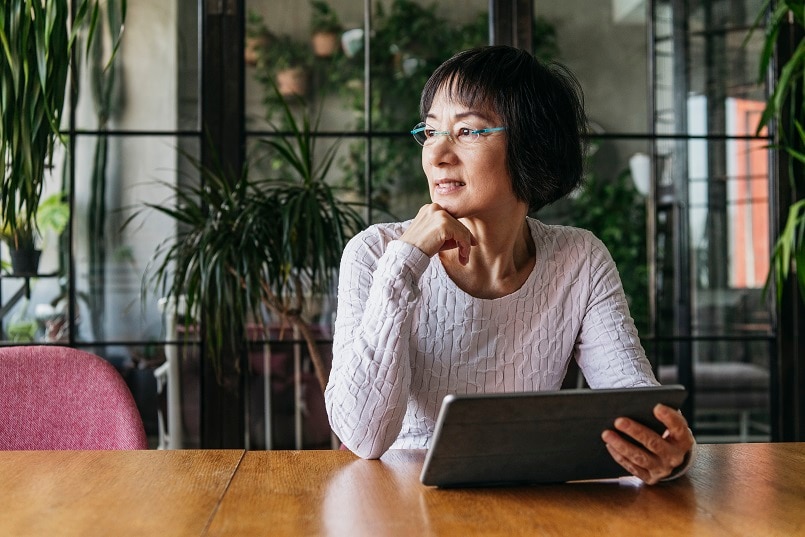 You’ve got a sense of your ideal retirement age—you’ve probably made certain plans based on that timeline—but what if you’re forced to retire sooner than you expect?

The nonprofit Employee Benefit Research Institute’s 2019 survey shows that almost half of retirees leave the workforce earlier than they planned. And only 33% of those surveyed have retired early because they could afford to; the rest reported some negative factor (such as downsizing or a health problem) that pushed them into it.

There’s no need to panic, but those odds make one thing clear, says Rob Williams, vice president of income planning at the Schwab Center for Financial Research: Meticulous financial planning that addresses how you’d cope if you had to retire, say, five years ahead of schedule, can help you make the best use of all your resources.

For most retirees, Social Security and, to a decreasing degree, pensions, are the two primary sources of regular income in retirement. You usually can collect these payments early—at age 62 for Social Security and sometimes as early as age 55 with a pension. However, taking benefits early will mean that you get smaller monthly benefits for the rest of your life. That can matter to your bottom line, even if you expect Social Security to be merely the icing on your retirement cake.

If you go to the Social Security website, you can find a projection of what your benefits would be if you were pushed to claim them several years early. But if you’re part of a two-income couple, you may want to make an appointment at a Social Security office or with a financial professional to weigh the potential options.

For example, when you die your spouse is eligible to receive your monthly benefit, if it’s higher than his or her own. But if you claim your benefits early, thus receiving a reduced amount, you are likewise limiting your spouse’s potential survivor benefit.

If you have a pension, your employer’s pension administrator can help estimate your monthly pension payments at various ages. Once you have these estimates, you have a good idea of how much monthly income you can count on at any given point in time.

In addition to weighing different strategies to maximize your Social Security and/or pension, you need to evaluate how much income you could potentially derive from your personal retirement savings—and there’s a silver lining here, if you’re forced to retire early.

Let’s say you leave your job at any time during or after the year you turn 55 (or age 50, if you’re a public safety employee with a government defined-benefit plan). Under a little-known separation of service provision—often referred to as the “rule of 55”—you may be able take withdrawals (though some plans may only allow one lump sum withdrawals) from your 401(k), 403(b) or other qualified employer plan free of the usual early-withdrawal penalties, but you will still owe ordinary income taxes on the amount distributed. This exception does not extend to IRAs.

To be clear, you are only eligible for this IRS exception if you leave your job in the calendar year you turn 55, and any time after. Also, this exception applies only to the plan in which you were contributing when you separated from service—unless you first consolidate any previous plans (say from a previous employer) into your current plan.

There’s also a simple rule of thumb suggesting that if you spend 4% or less of your savings in your first year of retirement and then adjust for inflation each year following, your savings are likely to last for at least 30 years. This 4% formula isn't guaranteed, but it’s a good place to start, Rob says.

If you’re five years from retirement, use an online retirement calculator or work with a planner to complete a retirement plan to estimate how much you’ll have saved when you retire. Next, do the same calculation (multiply by 4% and divide by 12) to gauge your monthly income if you retire five years early. Keep in mind that the dollar estimates are set in the future, so the value of it today may be smaller. Knowing the monthly amount your savings can generate will give you a clearer sense of whether you’ll have a shortfall—and how large or small it might be. Remember, if you retire early, your savings will need to last five years longer as well.

Nobody wants to spend down a big chunk of their retirement savings on unanticipated healthcare costs in the years between early retirement and Medicare eligibility at age 65. If you lose your employer-sponsored health insurance, you’ll want to find some coverage until you can apply for Medicare. Your options may include continuing employer-sponsored coverage through COBRA, insurance enrollment through the Health Insurance Marketplace at HealthCare.gov, or joining your spouse’s health insurance plan. You may also find discounted coverage through organizations you belong to—for example, the AARP.

Add up the monthly income you could get from pensions, Social Security and your savings, and compare that to your anticipated monthly expenses (including income taxes), if you were to retire five years early. Take into account various life events. Consider that the mortgage you’d planned to pay off might not be wrapped up by that date. Your spouse might still be working (which can add income, but also prolong certain expenses). Or your children might not be out of college yet.

You are probably fine if you anticipate that your monthly expenses will be lower than your income. But if you think your expenses would be higher than your early-retirement income, Rob suggests that you take one or more of these measures:

To the last point, finding a job later in life can be challenging, but certain employment agencies specialize in this area.

Whether you’d consider working for someone else or you’d prefer consulting or other types of self-employment, it’s worth laying some groundwork now. If you can find work you like that covers a portion of your expenses, you’ll have the option of delaying Social Security and your company pension to get higher payments later—and you can avoid dipping into your retirement savings prematurely.

What you don’t want to do when faced with a potential retirement income gap is start taking big risks with your investments, Rob says. “Don’t double down thinking you’re going to hit a jackpot,” he says. “Risk management is particularly important when you retire early.”

That’s because you’re likely to be retired for decades—and in the nonworking years, you can’t use income to make up for portfolio losses.

On the flip side, if you retire early, you may not have the luxury of an asset allocation that’s skewed heavily toward cash or bonds because you have to think about growth.

Start by making sure you have enough money stashed in relatively stable, liquid investments such as money market accounts and Treasury bills to cover at least a year or two of living expenses. Divide the rest of your portfolio among stocks, bonds, and other fixed-income investments. And don’t hesitate to seek professional help to arrive at the right mix of growth and security.

Many people are unaccustomed to thinking about their expenses because they simply spend what they make when working, Rob says. But one of the most valuable decisions you can make about your life in retirement is to reevaluate where your money is going now.

This serves two aims. First, it’s a reality check on the spending plan you’ve envisioned for retirement, which may be idealized (“I’ll do all the home maintenance and repairs!”). Second, it enables you to adjust your spending habits ahead of schedule—whichever schedule you end up following. This gives you more control, and potentially more income.

For example, if you’re not averse to downsizing, moving to a less expensive home could reduce your monthly mortgage, property tax, and insurance payments, while freeing up equity that could also be invested to provide additional monthly income.

“When you are saving for retirement, time is on your side,” Rob says. You lose that advantage when you’re forced to retire early, but having a backup plan that anticipates the possibility of an early retirement can make the unknowns you face a lot less daunting.