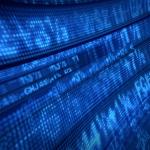 Prices are currently above last week’s volatile trading range where traders digested bullish weather at the start of last week, only to be thwarted by a more bearish EIA storage report.

The weekly EIA report released last Thursday showed an injection of 115 Billion cubic feet (Bcf) for the week ending May 21, exceeding expectations. Analysts expected injections to range from 99 Bcf on the low end to 109 Bcf with a median of 106 Bcf. Prices sold off sharply on the news of higher inventories, the July contract closed down $0.069 or 2.27% on Thursday.

Looking forward to this week’s report analysts expect total injections of 95 Bcf for the week ending May 28. Injections were 103 Bcf the comparable week last year and the five-year average is 96 Bcf.

Supporting Tuesday’s move higher was a change in weather forecast to warmer weather in the Midwest and Eastern regions of the lower 48. Temperatures are expected to reach as high as 90 degrees as far north as Minneapolis and Boston.

Looking at Henry Hub Natural Gas for July delivery we can see prices traded above the April and May resistance area around the $3.00 mark on above average volume. A previous attempt in mid-May failed to hold above this level, and prices fell back into the previously established trading range to find support near $2.95. Bulls will want to hold this ground to confirm the move higher, a drop back under the $3.00 area may invalidate Tuesday’s upward momentum.

The contract closed above the 20 SMA yet again after dipping below for much of the previous week, currently the moving average sits at $3.017 lending further validation of this price point as new support. The price of the contract is also above the 50 and 200 SMA’s, two other key averages.

The RSI, a momentum indicator is starting to move in a positive direction after retreating from its highest reading of the year of 74 in mid-May, when prices were also trading at highs for the year. The RSI then pulled back to a low reading of 48 last week and is now at 60, indicating positive trading momentum.