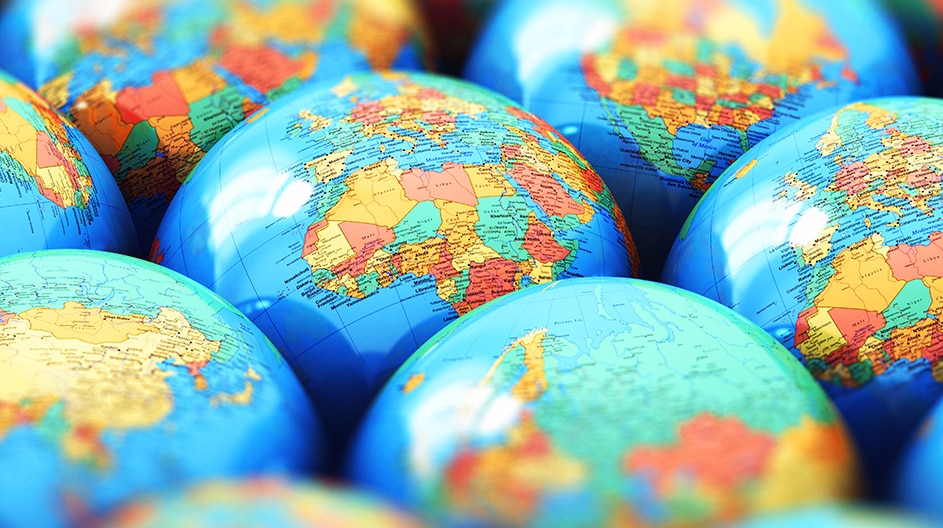 With the exception of last year’s steady rise, March has been maddening for investors. In most of the years since 2009, March’s stock markets gains have been mostly or entirely reversed in a pullback that began in April or May, measured by the MSCI All Country World Index. As the NCAA tournament gets down to the Sweet Sixteen, it is a good time to reflect on the competing drivers of the markets that may make for an exciting showdown in the weeks and months to come.

As we narrow down stocks’ “sweet sixteen” potential drivers this year, the four “regions” of market moving factors vying for investor attention are: economy, policy, fundamentals, and sentiment.

The recent U.S. tax cuts resulted in a boost to take home pay, but any new U.S. trade spats could mean tariffs on imports from China or other countries may act as a tax on consumers by putting upward pressure on prices. While unlikely, the risk of a trade war that could undermine global growth isn’t insignificant.

We expect the Fed to hike rates at least three times in 2018, adding to the five policy rate increases since the end of 2015. While rate hikes pose a risk to growth, as long as overall financial conditions continue to remain favorable, stocks may advance.

Global economic growth is the strongest in more than a decade, but we don’t expect it to succumb to overheating that would bring an end to the market and economic cycle in 2018. Yet signs of much hotter-than-expected growth could prompt pullbacks.

Businesses spending, or capital expenditures (cap ex), is running at the strongest pace in years, beating the slump in consumer spending evidenced by weak retail sales in recent months in the U.S., Europe, and Japan.

As labor markets tighten, wages—which account for nearly 70% of business’ costs—may begin to rise and put downward pressure on profit margins. Yet, historically, rising wages have most often been associated with rising sales growth that has allowed profits to rise even as wages climbed.

Surveys of investor confidence recently hit historic highs, a worrisome sign that investors are already fully invested in stocks. Yet conviction in the form of actual buying of stock ETFs and mutual funds has been more measured and only turned positive about a year ago, according to data from the Investment Company Institute. This suggests what investors say and what they do may be two different things and a market peak may still be some time off. This one is a toss-up.

Trading volumes on many of the world’s largest stock exchanges has slid to multi-year lows, this would be more worrisome if indicators of the breadth of the advance in the market, or how broad the participation among all stocks is in the gains of the index, began to decline (measured by indicators like cumulative advance decline line or number of stocks hitting new 52-week highs).

There are quite a few listed here, but these certainly are not all the factors that are influencing the markets. The markets rarely offer perfect clarity on their direction because they are driven by these factors as well as many others. Investing is not a game, but it is important also to remember that forecasting is not an exact science, and many factors can affect outcomes that are hard to predict. Even NCAA March Madness can be seen as a reminder of how it can be notoriously hard to predict winners; historically, a team’s ranking has meant nothing after getting down to the elite eight. So it is important not to bet on just one potential outcome; diversification and rebalancing are increasingly important.

As these factors play out in the markets there will likely be some upsets leading to market volatility as these factors square off in the elite eight, the Final Four, and ultimately the championship. In the end, we expect strong global growth to win out over the risks posed by high investor confidence, trade spats, Fed rate hikes and other concerns to result in a rewarding, but volatile year for investors.