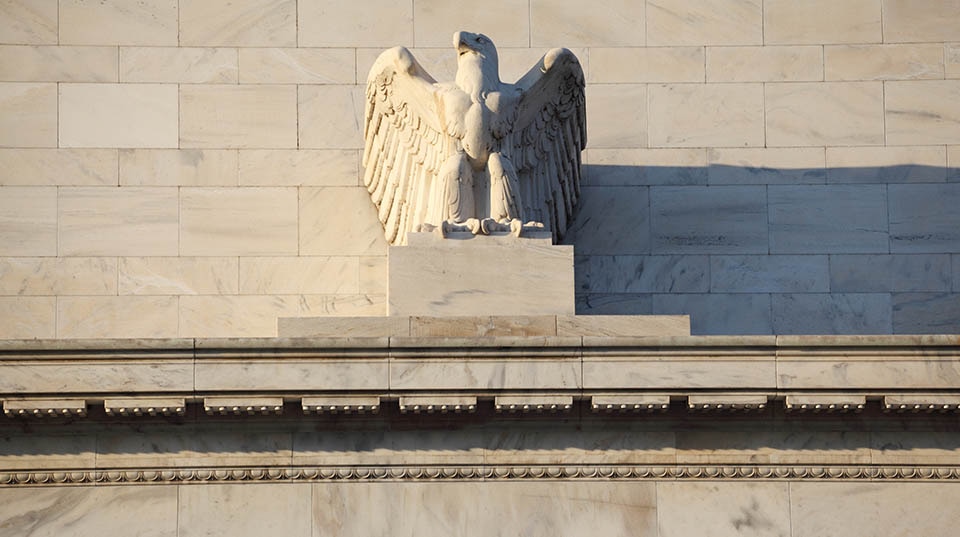 With all eyes on the race for the White House, investors should spare some attention for recent developments at two other economically important institutions: Congress and the Federal Reserve. After all, as the country continues to struggle against the effects of the COVID-19 outbreak, these two bodies will make the call on how much extra cash to inject into the economy to keep things moving.

Unfortunately, election year politics and the pandemic have made it difficult for Congress to do much on the stimulus front. Recall that the last piece of stimulus legislation—the $2.2 trillion CARES Act—was signed all the way back in April. Enhanced unemployment benefits and other temporary programs included in that law expired at the end of July, but that hasn’t been enough to make Congress act.

Meanwhile, even routine business has been difficult. Congress has failed to pass even one of the 12 appropriations bills required to fund every federal agency and federal programs for the fiscal year that starts Oct. 1. To avoid a government shutdown, House Speaker Nancy Pelosi and Treasury Secretary Steven Mnuchin negotiated a deal to fund the government through December 11, which recently Congress passed. But time to get much else done is running out.

“The deal to keep the government open and operating was technically the last ‘must-do’ item on Congress’s list before the election,” says Mike Townsend, Schwab’s vice president for legislative and regulatory affairs. “And that means there’s not much hope of another coronavirus aid and economic stimulus bill before November—not to mention the fact that Congress will still have to figure out how to fund the government past December 11 when it reconvenes for its ‘lame duck’ session after the election.”

If Congress could struggle to stimulate the economy during the next few months, what about the Fed?

The Fed and the virus

One voice that has been crystal clear about the need for more economic stimulus from Congress has been Fed Chair Jerome Powell. He made that point several times recently when speaking before congressional committees.

“As Powell put it, ‘The Fed can lend, but it can’t spend.’ In other words, the Fed can lower rates and make it easy to borrow, but it can’t increase unemployment compensation or provide direct subsidies to small businesses,” says Schwab Chief Fixed Income Strategist Kathy Jones. “The Fed knows it has pushed the limits of what monetary policy can do, and in lieu of a vaccine or cure for the COVID-19 virus, the economy is likely to struggle—with unemployment staying high.”

That’s not to say the Fed doesn’t have other moves it could make if conditions don’t improve. For example, it could expand its asset purchases or target securities of certain maturities to keep long-term rates down, thereby giving businesses and individuals an incentive to invest and spend. It could also do more to encourage banks to lend more. Is that enough?

One risk is that another wave of COVID cases could hurt an already weakened economy by dampening consumer spending.

“Small businesses, which employ the bulk of the workforce, are the most vulnerable—restaurants, bars, and retail shops. On top of that the whole travel/leisure group—airlines, cruise lines, hotels, etc.—is weak and shedding workers,” says Kathy. “The other big concern is state and local governments. Tax revenues are falling, and expenses are rising. State and local governments will be laying off workers and cutting services—adding to the economy’s weakness.”

Here again, stimulus aid from Congress could help more than any Fed program.

One recent Fed action that may have caught investors’ attention was its historic announcement that it would change the way it targets inflation. The Fed’s job is to promote maximum employment, stable prices, and moderate long-term interest rates. For more than 70 years, the Fed has targeted signs of increasing inflation by acting pre-emptively, hiking rates whenever the unemployment rate fell too low. Now, it is planning to let inflation run a little more before moving rates up.

However, while this change in policy sends an important signal to the markets about the Fed’s intentions, it’s unlikely that inflation is going to perk up any time soon—meaning rates are likely to remain low for a significant time.

“It’s hard to generate inflation when there’s weak demand and a big rise in unemployment, since that produces an excess supply of labor,” says Kathy. “It’s going to take a lot lower unemployment, especially among lower-income workers—who tend to spend a larger portion of what they make than higher-income workers—to get inflation to rise. In this recession, lower-wage workers have been hit the hardest, so I think it’s going to take a while—I would guess at least three or four years.”

With Congress unlikely to stimulate the economy until after the election, the Fed staring down the limits of its influence, and the future course of interest rates uncertain, what can investors do?

“I would advise thinking longer term rather than focusing on the next few months. If you’re investing for the next five to 10 years and you have a solid financial plan, you may not need to do anything,” says Kathy. “We believe that diversification is going to be more important than ever in the next few years. There is such a wide range of potential outcomes for the economy and for policy that we think it makes sense to have exposure to many asset classes to mitigate some of the risks in the individual investments.”

Given our low interest rates and the low bond yields that go with them, retirees looking for stable income may want to look at other sources of income in addition to interest on bonds.

“One strategy many investors will likely need to consider is using the whole portfolio to generate the cash flow you need for retirement—that would include using capital gains and other sources of income like dividends,” says Kathy.