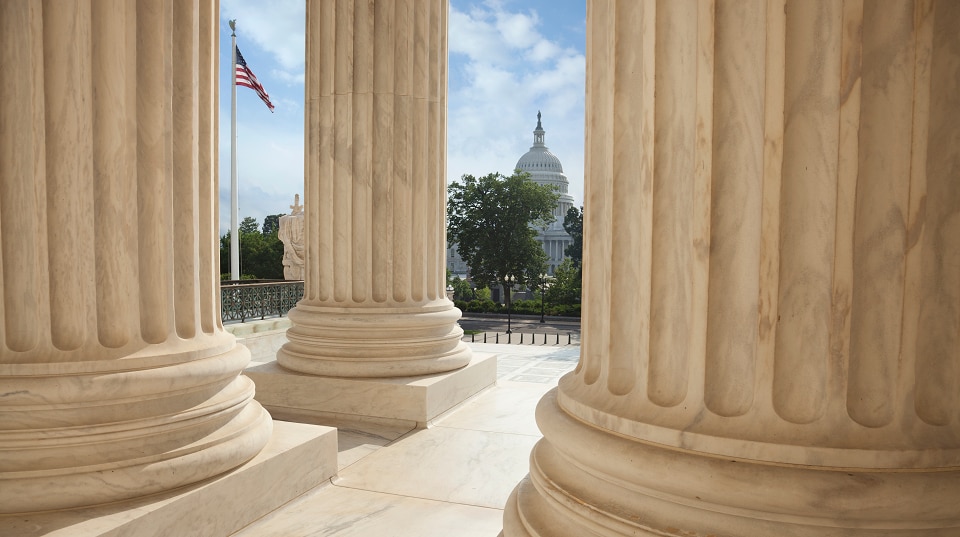 Schwab Sector Views is our three- to six-month outlook for stock sectors, which represent broad sectors of the economy. It is published on a monthly basis, and is designed for investors looking for tactical ideas. For more information on the 11 sectors, visit “Schwab Sector Insights: Our Views on the 11 Equity Sectors.”

President-elect Joe Biden will be sworn in this month, while Democrats pick up a thin majority in the U.S. Senate and maintain control of the House of Representatives. The Democratic Party sweep changes the stakes for several sectors, although it’s unlikely all of the incoming Biden administration’s initiatives will be fully implemented, given Democrats’ narrow majorities.

Let’s take a look at the some of the proposals:

Health care: Biden’s proposed health-care reform raises questions about the sustainability of profit growth in the Health Care sector. To some extent, this is similar to the situation in 2010, when the Affordable Care Act (ACA) was signed into law—although in the end, the ACA turned out to be good for many health-care industries.

However, under the proposals made during Biden’s campaign, drug manufacturers would face Medicare negotiated pricing and reductions in some corporate tax breaks. Additionally, drug price increases would be limited to the rate of inflation, price restrictions would be placed on new drugs launched that have no competition, and consumers would be able to buy prescription drugs from other countries. These initiatives have bipartisan support. It’s hard to paint a positive picture for drug makers, and this could color our current outperform view on the sector (see Schwab Sector Views: Election, Vaccine News Change the Picture for more on the Health Care sector).

However, oil and natural gas are not likely to go away any time soon. The administration could ban fracking on public lands, to be sure; federal lands produce around 24% and 13% of oil and gas, respectively. However, there has been a big increase in long-term leases since 2016—which buys a lot of time—and during the campaign Biden avoided committing to such a policy. Energy subsidies could be reduced or discontinued, as well, but there are some mitigating factors: Any intervention by the administration would result in lower production and higher prices for consumers—but this also offsets some of the negatives for the strongest oil & gas companies, which could see higher revenues. Additionally, being too quick to phase out oil could have negative geopolitical ramifications. From a defense perspective, there is likely little bipartisan appetite to erode U.S. energy independence.

Meanwhile, many industries could see meaningful benefits. Some of the largest utility companies—and oil companies, for that matter—already are investing in clean energy, and could be advantaged significantly from government subsidies and investment to fund the expansion and enhancements of energy production and transmission. This is something that could affect our current “underperform” rating on the Utilities sector.

Within the Industrials sector, airlines, railroads, and the aerospace & defense industry could benefit from tax credits and subsidies to modernize their fleets. And heavy equipment is needed to build the roads, bridges, rails and airports. Investment in battery technology and nationwide electric charging stations could help U.S. automakers to become more competitive and take market share from foreign competitors. If these initiatives were implemented en masse, there is speculation that the resource demand could create another Materials sector super-cycle comparable to that spurred by the Chinese boom in the 2000s. To be sure, these are lofty initiatives, and this wouldn’t be the first time that aggressive clean energy and infrastructure plans fizzled. Also, keep in mind that while Democrats' control in Washington increases the probability of implementation, the party’s slim majority dramatically decreases the potential scope of the initiatives.

Taxes: Biden campaigned on reversing some or all of the corporate tax cuts in the Tax Cuts and Jobs Act (TCJA) implemented in 2018, raising the effective corporate tax rate back to 28% from 21%. If that should happen, the impact would not be equal across all equity sectors. As shown in the table below, the Health Care, Information Technology, and Materials sectors benefited the most from the 2018 tax cuts, and therefore their earnings could fare the worst if tax cuts are reversed.

The impact of tax cuts wasn’t equal for all sectors

While it appears the Utilities sector benefited from the tax cuts, that wasn’t really the case. Because of the regulatory status of the sector, tax expenses are passed directly to consumers through higher utility rates. Utility companies benefit from the cash flow they receive until those taxes are paid, so higher taxes actually tend to help the companies in the sector.

At the other end of the spectrum, Energy and Communication Services could benefit if some of the provisions that resulted in higher taxes in 2018 are reversed, although a likely reduction in tax subsidies would significantly offset much of the benefits to the Energy sector.

Antitrust: In particular, four of the mega-cap stocks in the S&P 500 Index—Facebook, Amazon, Apple, and Google—could attract attention. While this is a bipartisan concern, the Biden administration may be less hospitable to many of the largest companies with outsized market share. Numerous federal and state lawsuits are already in the works, and the new leadership at the Justice Department and Federal Trade Commission may become more aggressive. At the very least, the Democrat-controlled House and Senate will have sway over committee hearings and investigations. Although antitrust action and legislation could be difficult to implement, it is said that the threat of it may be as good as enforcement in terms of quelling anticompetitive behaviors.

Cyclicals may continue to advance

Meanwhile, the economic recovery is likely still intact. We’ve seen some sputtering, as the recent sharp rise in COVID-19 cases has led to increased social distancing just as the sugar high from previous stimulus seems to be fading. But we think the recovery will regain its footing, aided by the rollout of COVID-19 vaccines, ongoing support by the Federal Reserve, and potential additional fiscal relief. This could help underpin the ongoing advance in cyclical sectors, particularly value-oriented Financials.

The latest fiscal relief package passed in late December—which included direct payments to households, extension of unemployment benefits, loans to businesses, and more support to some industries—certainly counts as a positive for the economy and the markets. The Democrats' sweep raises the odds of higher direct payments to households, which could ease investors’ concerns about the economic impact from the rise in new COVID-19 cases.

Source: Schwab Center for Financial Research, Bloomberg. Financials/S&P 500 ratio represents the relative performance of the S&P 500 Financials sector to the overall S&P 500 Index, 10-yr U.S. Treasury Yield. As of 01/08/2021. Past performance is no guarantee of future results.

The outlook for the global economy is also on stronger footing, which should support the cyclical sectors that traditionally outperform during the recovery phase of the economic cycle. Increasing global demand for resources and capital investment have been positive for several industries within the Industrials and Materials sectors, which have broad exposure to the global economy. These industries benefit from not only increasing international demand but also from the weaker U.S. dollar, as companies with a high percentage of sales abroad can benefit when revenues are translated back into U.S. dollars from now-higher-valued foreign currencies. Industrials, Materials, Information Technology and Energy are among those that may benefit the most from dollar weakness and stronger global demand.

How should I use Schwab Sector Views?

Investors should generally be well-diversified across all stock market sectors. You can use the Standard & Poor's 500® Index allocations to each sector, listed in the chart above, as a guideline.

Investors who want to make tactical shifts in their portfolios can use Schwab Sector Views' outperform, underperform and marketperform ratings as a resource. These ratings can be helpful in evaluating and monitoring the domestic equity portion of your portfolio.

Schwab Sector Views can also be useful in identifying stocks by sector for potential purchase or sale. Clients can use the Portfolio Checkup tool to help ascertain and manage sector allocations. When it's time to make adjustments, Schwab clients can use the Stock Screener or Mutual Fund Screener to help identify buy or sell candidates in particular sectors. Schwab Equity Ratings also can provide an objective and powerful approach for helping you select and monitor stocks.

Diversification and asset allocation do not ensure a profit and do not protect against losses in declining markets.

The Schwab Center for Financial Research (SCFR) is a division of Charles Schwab & Co., Inc.