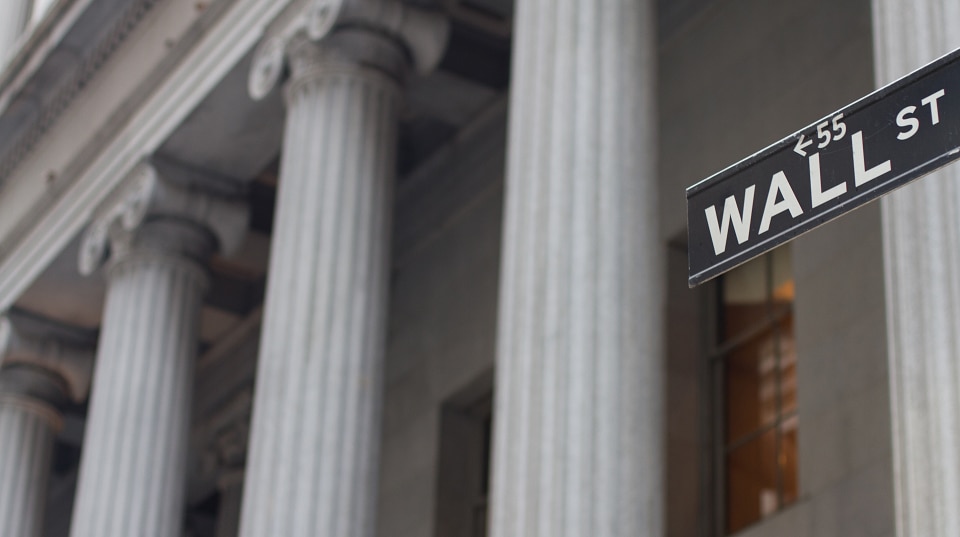 Schwab Sector Views is our three- to six-month outlook for stock sectors, which represent broad sectors of the economy. It is published on a monthly basis and is designed for investors looking for tactical ideas. For more information on the 11 sectors, visit “Schwab Sector Insights: A View on 11 Equity Sectors.”

Last month, we upgraded our rating on the Energy sector, reflecting its improving fundamental backdrop and relatively attractive valuations. This month, Financials is on deck—although we are less optimistic about this sector’s prospects. To make a long story short, we’re downgrading our rating on the Financials sector to “marketperform” from the previous “outperform” rating that had been in place since June 2020.

The Financials sector still has many favorable attributes, but several red flags have emerged. Macroeconomic conditions remain favorable for cyclical value stocks, which are heavily represented in the Financials sector. However, much of the positive news already may have been priced in as investors rushed into the best-performing sector over the past 12 months.

Valuations are still attractive relative to other sectors—but forward earnings expectations have flattened out. The financial position of the sector remains solid, but a surge in cash deposits combined with stagnant loan growth is weighing on its bread-and-butter net interest margins, despite a rise in longer-term interest rates. Finally, the sector has strongly outperformed the overall market in the last year, and now appears to be overbought.

To be clear, we do not have a negative view on the sector, though there are notable risks. It still has strong underpinnings, and many of the issues noted above could be resolved in the coming months; if they were, our view could change. However, from a three- to six-month tactical perspective, we think outperformance of the sector is less likely. Here’s why:

1. The strong macroeconomic tailwind has faded to a summer breeze. As we’ve written in recent articles, this stage of the business cycle—transitioning from recovery to expansion—historically has been favorable to cyclical value stocks that are sensitive to rising interest rates. This has been a strong tailwind for the Financials sector, which has been a relative leader since early August 2020, when the 10-year Treasury yield reached its lowest level,

Recently, longer-term interest rates have stalled out, as the market had likely discounted the economic boom and rising inflation expectations over the past year. Many investment strategists—including us—think rates will resume the advance as the economic boom settles into a more moderate cadence and the Federal Reserve takes its time in moving toward tighter monetary policy.

However, the Financials sector continued to outperform on the back of investor enthusiasm despite the pause in interest rates—as can be seen in the chart below—raising the risk that investors have already priced in the expected near-term gains in interest rates.  While we think that rising rates may again become a tailwind for the Financials sector, it could take some time for this to happen.

Financials’ relative performance has jumped ahead of rates

2. Balance sheets remain solid, but revenue challenges loom. In general, companies in the Financials sector still boast strong balance sheets, with ample capital to withstand even a significant rise in loan defaults. While the expiration of stimulus payments likely will contribute to an uptick in loan defaults, reserves for a large spike in loan loss were set aside last year—and not needed. Many banks are now able to reverse some of those reserves, which were booked as expenses.

However, the massive injection of money into consumers’ pockets and excess cash held by businesses have caused deposits at banks to swell, which has pressured short-term rates to the lower bound of the Fed’s already low target range. At the same time, loan growth has stagnated as large businesses generally satisfied cash needs by issuing bonds, small businesses that were aided by paycheck protection programs have been slow to borrow, and consumers paid down some debt with stimulus checks.

Together, banks’ net interest margin—a combination of the money they earn reinvesting cash in the short-term money markets, and the difference between the rate they pay to depositors and the rate they charge for loans—has collapsed despite the rise in longer-term rates. This could be resolved if the economic expansion continues, consumers draw down built-up savings and ramp up borrowing, and businesses feel greater confidence in investing. In the meantime, a continued decline in net interest margins is a significant headwind to revenues.

3. Valuations are still attractive, but earnings expectations have stalled. Relative to other sectors, valuations for Financials are still very attractive. According to our composite of numerous valuation metrics, it is essentially tied with Health Care for second place behind the Energy sector—though all are still higher than their long-term average.

Source: Charles Schwab, Bloomberg as of 5/28/2021. Bars represent z-score for value composites that include up to six different valuation metrics that provide a holistic perspective on current valuations relative to each of the sectors’ own historical valuations, as well as relative to the other sectors. Standard deviation is the statistical measure of volatility, measuring how widely the data is dispersed from the historical mean or median. Z-score is the number of standard deviations from the mean or median.

Until recently, Financials were among the sectors with the fastest-growing forward earnings expectations, according to Bloomberg’s composite of analysts’ estimates. However, as can be seen in the chart below, forward estimates have flattened recently, due in part to net interest margin headwinds to earnings. Unless forward estimates turn higher, any significant price rise in the Financials sector would increase the price/earnings ratio—eroding the attractiveness of its valuations.

Valuations are at risk if prices rise but earnings don’t

Source: Charles Schwab, Bloomberg as of 6/2/2021. Forward earnings and forward price/earnings for the S&P 500 Financial Index are based on BEst (Bloomberg Estimates) that reflect the consensus estimate for adjusted earnings per share over the next 12 months.

4. Financials are due for a breather. Many of the sector’s favorable attributes—strong financial position, cyclical tailwinds with higher interest rates, and attractive valuations—drove Financials’ outperformance during the past year. However, investors’ enthusiasm for the sector may have become too frothy, pushing it to an overbought level that historically has been followed by price consolidation.

Source: Charles Schwab, Bloomberg as of 6/2/2021. The relative strength index (RSI), developed by J. Welles Wilder, measures the velocity of a security’s price movement to identify potential turning points to help make entry/exit decisions. RSI indicator falling below 30 indicates an oversold condition. Similarly, an RSI value greater than 70 indicates an overbought condition. Past performance is no guarantee of future results.

Flattening earnings growth expectations, due in part to low net interest margins, and lack of a strong interest rate tailwind after optimistic investors pushed shares ahead of rates could be the catalyst for a pause in the Financials sector’s outperformance—which historically has followed overbought conditions. These red flags—in an otherwise attractive sector—have eroded our optimistic view of the sector, at least until some of these issues can be resolved.

There are risks to our marketperform rating, as well. The sector could underperform if:

We’ll monitor these risks carefully, as well as for any resolution to the warning signs. In the meantime, we’ll rate the Financials sector as a marketperform.

How should I use Schwab Sector Views?

Investors should generally be well-diversified across all stock market sectors. You can use the Standard & Poor's 500® Index allocations to each sector, listed in the chart above, as a guideline.

Investors who want to make tactical shifts in their portfolios can use Schwab Sector Views' outperform, underperform and marketperform ratings as a resource. These ratings can be helpful in evaluating and monitoring the domestic equity portion of your portfolio.

Schwab Sector Views can also be useful in identifying stocks by sector for potential purchase or sale. Clients can use the Portfolio Checkup tool to help ascertain and manage sector allocations. When it's time to make adjustments, Schwab clients can use the Stock Screener or Mutual Fund Screener to help identify buy or sell candidates in particular sectors. Schwab Equity Ratings also can provide a fact-based and powerful approach for helping you select and monitor stocks.

Diversification and asset allocation do not ensure a profit and do not protect against losses in declining markets.

The Schwab Center for Financial Research (SCFR) is a division of Charles Schwab & Co., Inc.