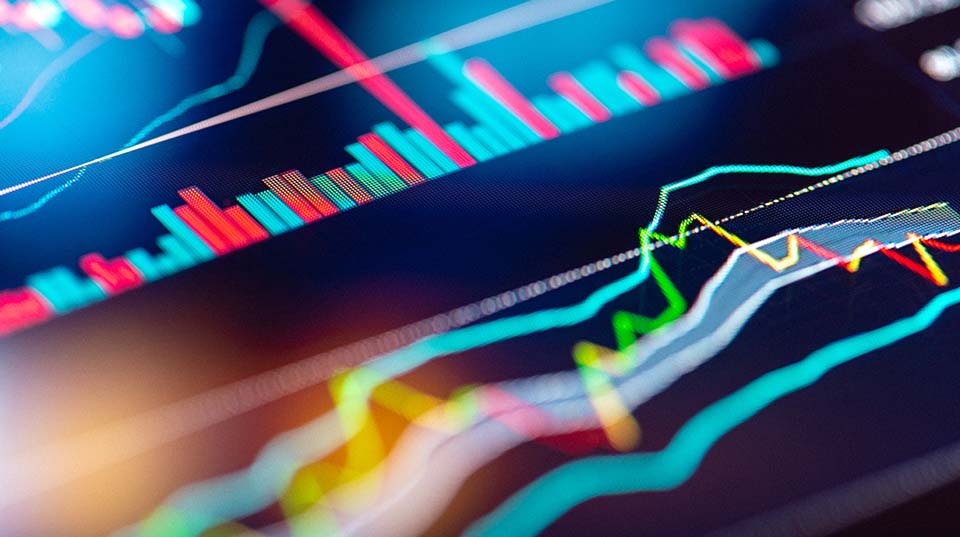 Whiplash may be the most apt label for a year that has turned out to be nothing but tumultuous. Last week was no exception, nor was the third quarter that just wrapped up. What looked like a relatively rosy backdrop in July (from the stock market's perspective) turned quite sour by the middle of August, only to worsen further in September. Stocks' midsummer gains were quashed by the Federal Reserve's persistent determination to rein in inflation at any cost, even recession. Some inflation components have started to roll over, but sticky components have taken longer to fall, stalling the Fed's victory lap. Barring a major exogenous shock, we don't expect an imminent pause or pivot in policy, even though some of the Fed's foreign peers have taken a different turn recently—most notably, the Bank of England's attempt to stabilize markets and stem the bleeding from severe currency and bond volatility (more on that later in this longer-than-usual report).

Unrest in markets around the world has cast a wider, darker cloud over the global economy and added to the laundry list of risks that have weighed on asset markets. At least in the near term, it is difficult to see most of them—not least being the Fed's aggressive tightening cycle, ripple effects from the war in Ukraine, and a spike in volatility across multiple markets—abating and allowing for a meaningful lift in growth and/or stocks.

Starting at home first, volatility (both the upside and downside) has been a key feature of the market environment for nearly the past two years. As we've noted many times, the main difference between 2021 and 2022 has been a shift in where market ruptures have occurred. Last year, corrections and bear markets happened under the surface—at the sector and member level—keeping headline indexes relatively elevated. As shown in the chart below, the percentage of members trading at new 52-week lows never spiked dramatically in 2021. This year has been the complete opposite as subsurface weakness has risen to the top.

It hasn't left the member level, though. As shown in our "crowd favorite" drawdowns table below, the average year-to-date maximum drawdown for members in the S&P 500, Nasdaq, and Russell 2000 is -33%, -47%, and -46%, respectively. While that's more than the maximum drawdowns for each index, all three indexes remain firmly in bear market territory.

Source: Charles Schwab, Bloomberg, as of 9/30/2022. Indexes are unmanaged, do not incur management fees, costs and expenses and cannot be invested in directly. Past performance is no guarantee of future results. Some members excluded from year-to-date return columns given additions to indices were after January 2022. "N/A" indicates index has fallen beneath either its YTD or 52w low.

Put simply, breadth has turned sour this year—even though there have been bouts of strength, one of which was from mid-June to mid-August. As shown in the chart below, the market's surge was met with impressive participation as more than 90% of S&P 500 members were trading above their 50-day moving averages by August 12th. Historically, that threshold was consistent with bear market lows. Yet, fundamentals proved to be stronger than technical patterns this time around. The expectation of an imminent Fed pivot from rate hikes to cuts had ignited the rally, which the Fed squashed, while leading economic data never confirmed a turn higher in growth.

Source: Charles Schwab, Bloomberg, as of 9/30/2022. Indexes are unmanaged, do not incur management fees, costs and expenses and cannot be invested in directly. Past performance is no guarantee of future results.

The bust in market breadth came as Fed officials stuck to their promise of raising rates aggressively to combat inflation, which was sealed with another 75-basis-point rate hike in September and an elevated estimate of where the fed funds rate is expected to peak (in the mid-4% range). The drawdown that followed has spared no sector. As shown in the chart below, while every S&P 500 sector had at least 75% of their members trading above their 50-day moving average by mid-August, nearly all have seen participation evaporate.

Source: Charles Schwab, Bloomberg, as of 9/30/2022. S&P 500 sectors shown. Indexes are unmanaged, do not incur management fees, costs and expenses and cannot be invested in directly. Past performance is no guarantee of future results.

Coinciding with intense drawdowns across the equity universe has been some increase in bearish investor sentiment. Garnering the most attention of late has been the survey put out by the American Association of Individual Investors (AAII). Before last week's microscopic tick lower, the percentage of bears in the week prior surged to the most since March 2009, as shown in the chart below.

That has added to speculation that the market could be at or approaching a bottom, given March 2009 was the bottom for equities, marking a crescendo low after the shock of the Global Financial Crisis. We're less inclined to believe today's is similar for myriad reasons. Importantly, there isn't yet any indication that leading economic data have found a trough and are set to reverse higher. That was the case in early 2009, as key datapoints like homebuilder sentiment and the Leading Economic Index found their troughs either before or at the same time as equities.

In addition, flows into equity funds today are still quite strong and haven't indicated an acute degree of pain. In other words, investors are saying they feel incredibly bearish, but they haven't reflected that in their portfolio positioning. As shown below, SentimenTrader's (ST) Panic/Euphoria model includes multiple behavioral sentiment metrics such as put/call ratios, fund flows, and margin debt. While the model has dipped back into the panic zone, it isn't quite yet consistent with prior bear market lows (such as those seen in March 2020, March 2009, or October 2002).

Always—and especially today—worth noting is that ST's Panic/Euphoria model is based on the original version created at Citigroup by the late, great Tobias Levkovich—the firm's former Chief U.S. Equity Strategist (and Liz Ann's friend) who passed away just over a year ago. We pay tribute to a brilliant mind and deeply missed market veteran.

Is it break time?

We would be remiss in not mentioning from where much of the global market volatility has stemmed in recent weeks. Most recently, tumult in the United Kingdom has set off multiple alarms among investors and policymakers—evidenced by the Bank of England's intervention in the U.K. bond market amid the devaluation of the pound and selloff in gilts. We defer to our international team (led by our colleague Jeff Kleintop) for in-depth international analysis, but the U.K.'s bond moves are worth mentioning, not least because their sharp rise relative to the U.S. 10-year Treasury yield, as shown below.

Weighing on the U.K. and multiple countries around the world has been the relentless rise of the U.S. dollar over the past year. As shown in the chart below, the dollar has appreciated against the euro, yen, and pound by at least 15% this year. Japan notwithstanding, the collapse in developed-market currencies has exacerbated the impact of hotter inflation around the world—especially in Europe, which is feeling a sharper impact from the war in Ukraine and attendant ripple effects in the energy market.

The flock to dollars

A strong U.S. dollar has become tough to grapple with this year. On the one hand, its rise has helped stem at least some of the burden imposed by hotter inflation, tamp down concerns that the Fed has lost credibility, and solidify the United States' status as a relative haven. However, given about 40% of S&P 500 earnings originate from overseas, the dollar's strong and swift increase has dealt a blow to many U.S. corporations' bottom lines. That is unwelcome at a time during which profit margins are thinning, demand is slowing, and most global central banks are hiking rates.

Not only that, but the pace of the Fed's rate increases, stronger growth prospects (relative to other countries), and distance from the European energy crisis, have likely also added to confidence in the dollar. For many countries, increased U.S. confidence has been a relatively painful price to pay. As shown in the chart below, when measured against a specific basket of major developed-market currencies and adjusted for inflation, the dollar is near its strongest level since the mid-1980s.

Source: Charles Schwab, Bloomberg, Federal Reserve Bank of St. Louis. U.S. Dollar Index as of 9/30/2022. Real U.S. Dollar Effective Exchange Rate as of 8/31/2022. Real Effective Exchange Rate is a measure of a currency's value against a weighted average of foreign currencies divided by a price deflator. The chart shows the narrow version, which covers a subset of global currencies.

That multi-decade strength unearths memories of the Plaza Accord, when global finance ministers descended on New York City in 1985 to arrest the dollar's rise, which ultimately helped accelerate its rapid deterioration. It's quite difficult to envision a similar scenario unfolding today given the changed global economic and currency landscape. Per the Bank of International Settlements, foreign exchange trading (as of the latest data in 2019) has average daily turnover of $6.6 trillion, which is up from $5.1 trillion in 2016 and $1.5 trillion in 1998.

When you wish upon a pivot

The spawn of multiple crises around the world has recently led to some believing the Fed will abruptly adjust its monetary policy stance to prevent any systemic risk. Concerns have stemmed from currency and bond market unrest, given both sectors have been the decisive drivers of crisis-like moves this year. As shown in the chart below, U.S. equity market volatility (using the VIX Index as a proxy) hasn't yet joined in on the COVID-19 bear market-like moves.