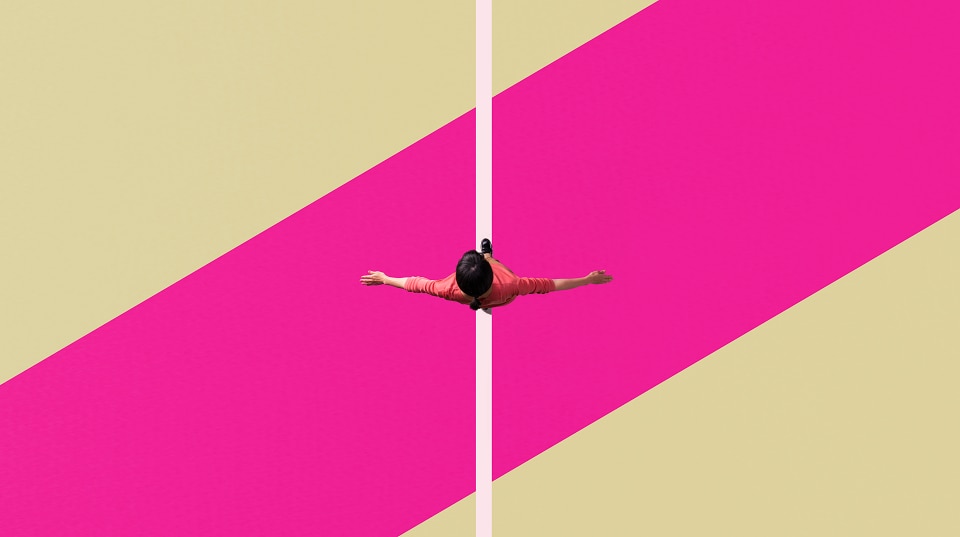 Markets have been walking a fine line, with a still-struggling economy on one side and hopes for a COVID-19 vaccine breakthrough on the other. Heading into the fourth quarter, there are both encouraging signs and cause for caution.

The largest five stocks by market cap in the S&P 500® index—Apple, Microsoft, Amazon, Facebook and Alphabet/Google—have dominated the rally in recent months. This concentration was considered a risk, because a pullback in even one of those stocks could lead to a broader market decline.

The risk was borne out in early September, when investors rotated out of technology and other high-flying stocks into other areas of the market—including defensive stalwarts like utility stocks—and the broader S&P 500, as well as the Nasdaq Composite, dropped sharply. Despite the recent volatility, the top five stocks still make up about a quarter of the S&P 500’s market capitalization (and 38% of the Nasdaq’s), and the risk remains.

There are positives and negatives for markets and the U.S. economy, according to Schwab Chief Investment Strategist Liz Ann Sonders. These include:

“We are arguably in the midst of the ‘gale of creative destruction’ in the drivers of the U.S. economy and its labor force,” Liz Ann says. “It can (and will) create space for creative new companies and technologies to emerge, but not without some destruction along the way—hopefully with much of it now behind us.”

International economies may be moving into phase 2

After recovering about halfway from April through July, the global economy likely transitioned in August to the next stage, according to Schwab Chief Global Investment Strategist Jeffrey Kleintop. This second stage may proceed at a more gradual pace because inventories have been restocked, pent-up demand has been met, and major parts of the service sector—such as travel and entertainment—remain constrained, Jeffrey says.

“Economic progress may be uneven, interrupted by a return to localized lockdowns due to virus outbreaks, as seen recently in Spain, France, and Japan,” Jeffrey says. “The stock market may face further volatility during this period, but not enough to elicit major new stimulus from policymakers.”

To move to the third and final state of recovery, when all sectors can return to normal, will require widespread availability of a COVID-19 vaccine, Jeffrey says.

“This offers some explanation for the market’s near daily obsession with vaccine headlines,” Jeffrey says.

However, physical distancing and economic limitations are likely to continue for months even after a vaccine is available, as it will take time to develop adequate supply to vaccinate the general population. There’s also the possibility that people will be hesitant to take a vaccine.

Meanwhile, the Federal Reserve’s recently announced shift in its inflation policy likely will keep interest rates lower than originally expected. In late August, the Fed said it would move to an “average” inflation target, instead of the precise 2% level it has targeted in the past.

In practice, this suggests the Fed won’t pre-emptively raise interest rates because inflation was near or at 2% (the Fed’s preferred inflation gauge, core personal consumption expenditure, or PCE, was up 1.3% year over year in July—far from 2%).

“The Fed’s shift in policy implies that it will allow inflation to run at a pace above 2% for a period of time to offset the undershooting of inflation over the past decade,” says Kathy Jones, Chief Fixed Income Strategist for the Schwab Center for Financial Research. “It is often referred to as letting inflation run ‘hot’ for a while—although it’s hard to argue that 2.5% to 3.0% inflation is ‘hot.’”

What investors can do now

Be ready for a changing market. Recent volatility shows how quickly market trends can shift. Appropriate portfolio diversification among various asset classes can help buffer your portfolio from the ups and downs of market volatility. A well-diversified portfolio includes U.S. and global stocks, large-cap and small-cap stocks, and various fixed income investments, among others. These assets generally don’t all move in the same direction at the same time, so when one investment is performing poorly, another may perform more strongly.

Rebalance regularly. We strongly recommend periodically rebalancing your portfolio back to its long-term asset allocation targets. Rebalancing means buying and/or selling assets to return your portfolio weightings back to their original desired levels—for example, 60% stocks/40% bonds, or another target allocation that is appropriate for your goals and investing time frame. Schwab clients can log in and use the Schwab Portfolio Checkup tool to find out whether their asset allocation still matches the original target. If you’re not sure how to rebalance your portfolio, a financial advisor or a Schwab Financial Consultant can help.

Consider a bond ladder. As long as the economy is showing signs of gradual improvement, long-term bond yields should trend moderately higher, with 10-year Treasury yields potentially moving up to near 1%. For people who invest in individual bonds (vs. bond funds) and are looking for more income, one strategy to consider is a bond ladder (a portfolio of individual bonds that mature on different dates). By spacing out the maturities, you won’t get locked into one interest rate, and it takes some of the guesswork out of bond investing: If longer-term yields rise, you can reinvest maturing bonds at higher yields, and if yields fall you’ll still have higher-yielding bonds from when you built the ladder.

Past performance is no guarantee of future results and the opinions presented cannot be viewed as an indicator of future performance. Forecasts contained herein are for illustrative purposes, may be based upon proprietary research and are developed through analysis of historical public data.

The information here is for general informational purposes only and should not be considered an individualized recommendation or personalized investment advice. The investment strategies mentioned here may not be suitable for everyone. Each investor needs to review an investment strategy for his or her own particular situation before making any investment decision.

All expressions of opinion are subject to change without notice in reaction to shifting market, economic or geopolitical conditions. Data contained herein from third-party providers is obtained from what are considered reliable sources. However, its accuracy, completeness or reliability cannot be guaranteed.

Small-cap stocks are subject to greater volatility than those in other asset categories.

Diversification, asset allocation, and rebalancing strategies do not ensure a profit and do not protect against losses in declining markets. Rebalancing may cause investors to incur transaction costs and, when rebalancing a non-retirement account, taxable events may be created that may affect your tax liability.

A bond ladder, depending on the types and amount of securities within the ladder, may not ensure adequate diversification of your investment portfolio. This potential lack of diversification may result in heightened volatility of the value of your portfolio. You must perform your own evaluation of whether a bond ladder and the securities held within it are consistent with your investment objective, risk tolerance and financial circumstances.