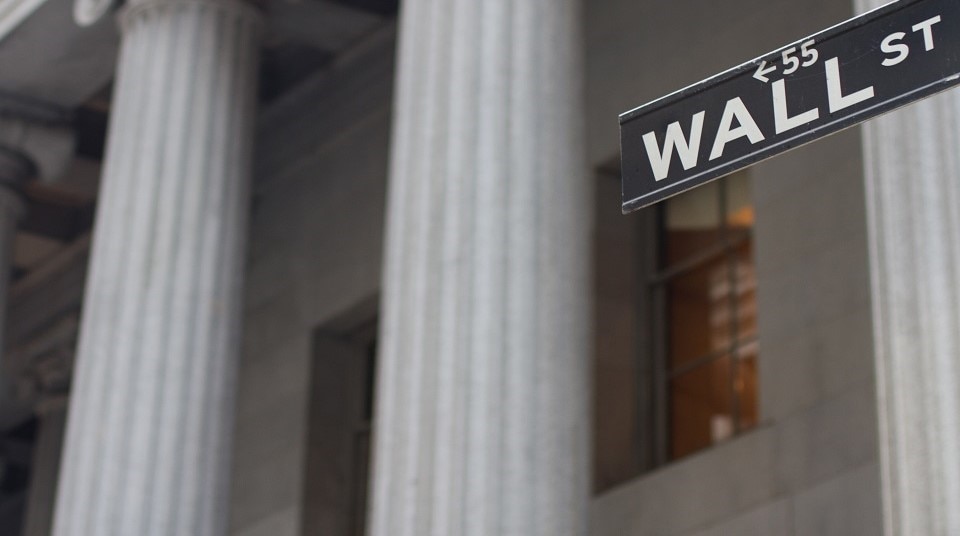 I have updated our “Panic is Not a Strategy” missive many times since the Global Financial Crisis in 2008. In fact, the last update was last August when I added a subtitle: “Panic is Not a Strategy—Nor is Greed,” which was a reminder to investors that panic can work both ways. I argued as recently as late-January 2020 that we were arguably seeing some panic into the stock market; which in-and-of-itself was a risk.

If markets are good at one thing, it’s reminding investors that stock prices don’t simply go up, uninterrupted, forever. Markets decline. It’s an unavoidable part of investing. What matters is how you respond. Or, more to the point, how you don’t respond in some cases. Because if you’ve built a portfolio that matches your time horizon and risk tolerance when markets are calm, then a surge in turbulence may not feel so devastating; especially if you have adopted discipline around diversification and regular rebalancing.

That’s not to say you should never respond to market moves. Rather, it’s more of a reminder that good planning is like a pre-emptive dose of Dramamine—it can help neutralize some of the nausea before the turbulence hits.

When it comes to panic, the most obvious example is trying to dump investments when the market is dropping. This is a great way to invert the old adage about buying low and selling high. Never before has information about the global economy and markets been more readily available and disseminated. As a result, global markets have become more interconnected. In turn, our reaction mechanisms are heightened—but not necessarily to our advantage. Investors should rarely, if ever, react in a purely emotional fashion to a dramatic move in the market.

As we saw when this year began, greed can also lead us astray in a number of ways. First, there’s the temptation to load up on aggressive higher-risk assets in the hope of a big payoff. But there is a dark side to an aggressive posture’s potential higher returns: the risk taken in getting there. Aggressive portfolios’ higher historical returns have had a much wider range of returns—that is, a higher standard deviation, with greater “drawdowns,” or peak-to-trough declines, and volatility. And most importantly, those higher returns typically are generated through “stick-to-it-iveness,” not lucky bets.

Then there’s the temptation to try to “time” markets. It’s enticing to try to catch the next big investment wave (up or down) and allocate assets accordingly. But there are very few time-tested tools for consistently making those decisions well.

The time-tested and oft-expressed adage of “time in the market is more important than timing the market” is relevant to highlight in these trying times. As you can see in the chart below, using the S&P 500 as a proxy for the U.S. equity market, an investor in that index would have seen diminished returns by simply “missing” some of the best single up days.

Time in the Market is More Important Than Timing the Market

Source: Schwab Center for Financial Research with data provided by Standard and Poor’s. The example is hypothetical and provided for illustrative purposes only. Return data is annualized based on an average of 252 trading days within a calendar year.  The year begins on the first trading day in January and ends on the last trading day of December, and daily returns were used.  Returns do not assume reinvestment of dividends and the example does not reflect the effects of taxes or fees.  When out of the market, cash is not invested.  Market returns are represented by the S&P 500® Index which represents an index of widely traded stocks (purple bar).  Top days are defined as the best performing days of the S&P 500 during the seventy-year period.  Indices are unmanaged, do not incur fees or expenses, and cannot be invested in directly.  For more information, please see Schwab.com/IndexDefinitions.  Past performance is no indication of future results.

I took the analysis above to a more detailed level. We know that large drawdowns in the stock market test the mettle of investors’ fortitude. Those who are fear- and greed-oriented are more likely to sell into major drawdowns; and to the extent they take an “all-or-nothing” approach by trying to “get out” (or “get in”) they risk missing some of those best days. In fact, as you can see in the table below, most of the best single days in the post-1950 history of the S&P 500 came either during bear markets or immediately following major drawdowns (when the “get out” investors likely already sold). In fact, of the 20 single best days for the S&P 500 since 1950, 15 of them came during bear markets; with all five of the occurrences during bull markets coming immediately after large drawdowns or bear markets that had just concluded.

Source: Charles Schwab, Bloomberg, as of 3/9/2020. This example is for illustrative purposes only.  Bull and bear markets classified using rounded +/-20% changes in S&P 500. Note: March 2000-October 2002 and October 2007-March 2009 are considered bear markets. Past performance is no indication of future results.

I often chide the financial press when they ask me, “Are you telling investors to get in or get out?” Neither “get in” nor “get out” is an investment strategy. They simply represent gambling on moments in time; when investing should always be a process over time.

As we’ve seen this year, greed can quickly pave the way to panic. Investors may think they understand their risk tolerance—until they don’t. There’s a big difference between financial risk tolerance (the ability to financially withstand volatile markets) and emotional risk tolerance. The gap between the two is often quite wide and only becomes evident in tumultuous market environments.

Relying on the rearview mirror

Too often, investors use a rearview mirror to make investing decisions, treating past performance as a guide to future results. I’ve known plenty of older, close-to-retirement investors who have stuck with their aggressive investment stances because they were accustomed to the thrill—with no thought for how a loss at the start of retirement might affect their savings. I’ve also known plenty of young investors who couldn’t stomach the thought of any losses, despite having many decades in which to potentially recover and accumulate returns.

Conservative investors should heed the lesson, as well. A conservative portfolio’s lower historical returns have come with significantly less-severe drawdowns and volatility. For some, the lower return is worth the sleep-at-night benefits. But the reality is that many investors want all of the upside when markets are performing well, but none of the downside when they are not. That is highly unrealistic.

A mirror is a valuable tool, but only when it is turned on yourself to judge your own circumstances: tolerance for risk, time horizon, income needs, etc.

The closest thing to a “free lunch”

As I’ve often said, there are very few free lunches in investing. Asset allocation, diversification and periodic rebalancing are as close as you get. One of the most important areas where Schwab offers advice is the development of a long-term strategic asset allocation plan, which can help you create an appropriately diversified portfolio.

Rebalancing—that is, maintaining your target asset allocation by adding to underperforming asset classes and trimming outperforming ones—goes against the emotions of fear and greed that often drive investment decision making. It may be challenging to sell investments that have done well and add to holdings that haven’t performed as well, but developing and maintaining the right long-term asset mix is by far the most important set of decisions an investor will ever make. Rebalancing forces us to do what we know we’re supposed to do, which is “buy low, sell high.”

Admittedly, the development of a long-term strategic asset allocation plan isn’t the hard part—it’s sticking to it that often becomes the real challenge. That can be especially difficult when markets are volatile. But if we learn from our mistakes, use our brains over our hearts and look to our portfolios as rebalancing guides, we can expect a more successful investing future and maybe even get a free lunch along the way.

Market Volatility: What If You Don’t Have Time to Recover?
Manic Monday (Tuesday, Wednesday, Thursday, Friday)

Diversification, asset allocation and rebalancing strategies do not ensure a profit and do not protect against losses in declining markets. Rebalancing may cause investors to incur transaction costs and, when rebalancing a non-retirement account, taxable events may be created that may affect your tax liability.

Supporting documentation for any claims or statistical information is available upon request.

The Schwab Center for Financial Research is a division of Charles Schwab & Company, Inc.