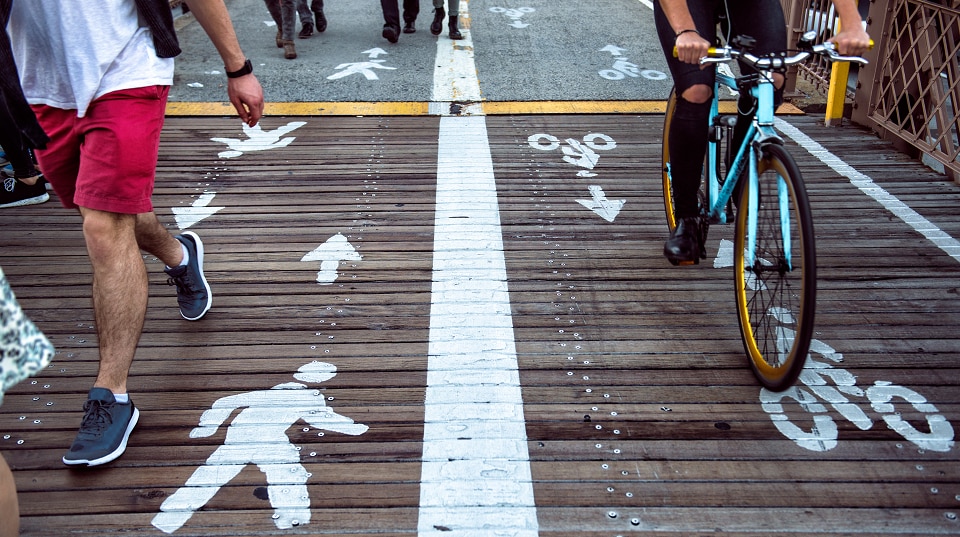 Returns for most fixed income asset classes are positive so far this year, but the numbers mask the rocky road markets have traveled since January.

Thanks in large part to the Federal Reserve’s decision to slash interest rates in response to the economic lockdown as the COVID-19 crisis spread, bonds with the least risk, like Treasuries, have posted the strongest returns, while returns for riskier segments of the market are slightly negative.

Bridging the economic gap to the new normal

Although returns have been generally positive, yields have swung widely as markets reacted to the sudden halt in economic growth, the Fed’s rapid rate cuts and fiscal stimulus, followed by nascent signs of recovery. For a few brief days in March, short-term Treasury yields were even negative, while high-yield (or “junk”) bond yields soared by more than 600 basis points (or six percentage points) relative to Treasury yields.1

All of this volatility reflects the markets’ efforts to find a path through the economic downturn to the new normal. An enormous gap has opened up between the potential growth rate in the economy and actual growth rate. The gap represents the lost output of goods and services. It signals excess capacity in the economy and tends to put downward pressure on inflation. The Federal Reserve and Congress have tried to fill the gap with direct funds to households and loans to businesses.

Gross domestic product is running below potential, suggesting inflation is not a near-term threat

The sum total of the programs put in place to date is approximately the equivalent of about a quarter’s worth of gross domestic product (GDP) growth. Despite the massive relief provided, the outlook still suggests that the economy will take time to recover. Consequently, inflation will likely remain low, and the Fed will maintain an easy policy stance. We expect that short-term interest rates will stay near zero for the next two years or perhaps longer.

A steeper curve ahead

Assuming the economy rebounds in the second half of the year, longer-term yields could move higher. Signs of improving growth combined with an ever-increasing supply of Treasuries will likely result in moderately higher bond yields and a steeper yield curve. With a rising budget deficit, Treasury issuance is increasingly shifting toward longer-dated bonds, adding to the upward pressure on yields and steepening the curve. For the second half of the year, we believe 10-year Treasury yields could drift up to the 1% level.

However, the upside is likely to be limited by ongoing low inflation and the Fed’s determination to hold short term rates lower for longer. Recent inflation data indicate consumer prices have fallen for three consecutive months and wholesale prices are falling on a year-over-year basis. High unemployment will also likely weigh on inflation. The rebound in hiring in May was welcome, but the overall unemployment rates are still very high.

Despite incremental progress in May, unemployment is very high

While many investors are concerned that the mix of easy monetary policy and loose fiscal policy will produce inflation, our view is that the fiscal relief is only partially filling the gap of lost wages and income for households and businesses. The Fed’s balance sheet expansion will likely boost asset prices rather than prices of goods and services, because the excess money will find its way into financial assets. That was the pattern after the 2008-09 financial crisis.

Federal Reserve policy is working, so expect more of the same

With the unemployment rate high and inflation low, the Federal Reserve has indicated it is likely to stay on an easing path for the next few years. It is holding the fed funds rate near zero and continuing to increase its balance sheet at a gradual pace of about $120 billion per month in Treasuries and mortgage-backed securities. In addition, the Fed’s unconventional lending programs should continue to hold down yields in the riskier segments of the market.

To date, these facilities haven’t been used very heavily. They are meant to be a last resort for borrowers, so terms can be stringent. Nonetheless, the Fed has had success with these facilities. It appears that just by signaling its support for markets, the Fed has succeeded in increasing the liquidity in markets and bringing yields down. It also means the Fed still has plenty of ammunition left to combat the risks of renewed weakening in the economy or deflationary pressures.

The Fed’s lending facilities for businesses should support the corporate bond market, keeping yields low relative to Treasury yields. However, these programs are mostly targeted at investment-grade bonds—those with ratings of BBB or above—with only a small amount allocated to high-yield bonds. More downgrades and defaults are likely as companies struggle with an overhang of debt and soft demand. Similarly, there will likely be downgrades in the municipal bond market as state and local governments deal with reduced revenues and increased costs.

Although the Fed has plenty of ammunition left, there are other steps it could take. It could use yield curve control—that is, targeting its purchases of bonds to keep intermediate- or even long-term yields at a set level. We don’t see this as something that is needed now, but it could be used down the road if long-term yields begin to move up faster. The Fed could also use its “forward guidance” to limit a rise in bond yields by signaling that it won’t raise short-term rates or stop its easing programs until the unemployment rate falls to a certain level.

Strategy for the second half

With the Federal Reserve keeping short-term interest rates near zero, yields on cash or short-term investments like Treasury bills, money market funds, and bank certificates of deposit are likely to remain quite low. Consequently, we would suggest limiting the allocation to cash to the amount that is needed for the next few years.

For higher yields, investors will need to take some kind of risk—either duration risk or credit risk or both. We favor limiting duration to reduce the risk of rising long-term rates, and suggest keeping the bulk of fixed income investments in bonds with higher than average credit ratings.

We continue to suggest investors keep the average durations in their portfolios somewhat below their benchmarks, as interest rates are so low. For example, if you typically invest in a fund that tracks a benchmark like the Bloomberg Barclays Aggregate Bond Index which has a duration of about 6, we would consider keeping the duration lower—perhaps in the 4-5 region—to reduce interest rate risk. However, as mentioned previously, we wouldn’t suggest moving all of a fixed income allocation to very short-term maturities, as we expect the Fed to keep short-term rates near zero until at least the end of 2021.

For investors concerned about inflation, an allocation to Treasury Inflation Protected Securities (TIPS) is an option. Since these bonds track overall CPI, they are designed to hedge inflation risk. However, yields are quite low or even negative. Consequently, if inflation rises an investor will have a higher real yield than in a nominal treasury but still quite low.

In the corporate bond market, we still expect to see more credit rating downgrades to highly leveraged companies in the investment-grade market and a wave of defaults in the high yield market. After the sharp rally, there is less compensation in the form of extra yield in the market for those risks than just a few weeks ago. We suggest investors avoid too much exposure to lower-rated corporate bonds and focus on issuers with stronger balance sheets that can weather the ups and downs of the recovery.

The Fed’s influence in the municipal bond market has been helpful in providing liquidity, but less in terms of supporting prices in the market. The interest rates available to issuers using the Municipal Lending Facility are relatively high, making it a lender of last resort. While most of the municipal bond market is still high quality, we do anticipate downgrades in the months ahead. The lockdowns put in place to fight the pandemic have put a strain on municipal budgets by reducing tax revenues and increasing costs. We suggest taking a close look at holdings to assess potential changes in the risk profiles of some bonds.

Treasury Inflation Protected Securities (TIPS) are inflation-linked securities issued by the U.S. government whose principal value is adjusted periodically in accordance with the rise and fall in the inflation rate. Thus, the dividend amount payable is also impacted by variations in the inflation rate, as it is based upon the principal value of the bond. It may fluctuate up or down. Repayment at maturity is guaranteed by the U.S. government and may be adjusted for inflation to become the greater of the original face amount at issuance or that face amount plus an adjustment for inflation.