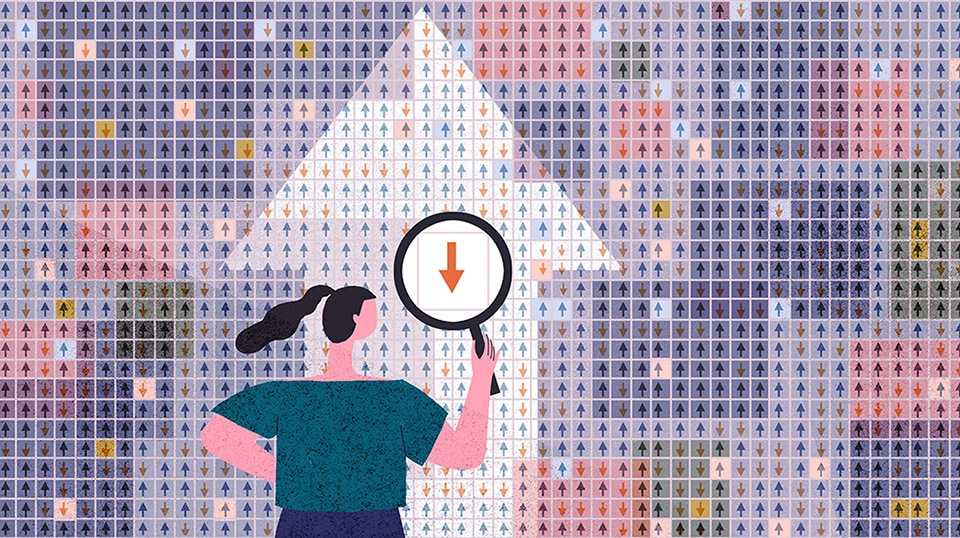 After months of fast drops and sudden rises in the market this year, investors may have all but forgotten 2019’s record runup of nearly 30%. But recency bias—or the tendency to believe something is more likely to happen again because it happened recently—highlights the need to look beyond the present when it comes to your long-term investments. “Those deep valleys don’t look quite so scary if you’re able to zoom out from the day-to-day and see the big picture,” says Mark Riepe, head of the Schwab Center for Financial Research.

Despite nearly a century of extreme peaks and valleys, the S&P 500 has averaged an annual return of 10.2% since its inception.

Source: Schwab Center for Financial Research. Data from 1926 through 2019. Note: Annual returns from 1926 through 1970 is represented by the Ibbotson U.S. Large Stock Index, which comprised the same components as the S&P 500 and its predecessor indexes.

If you have a hard time stomaching volatility, Mark’s advice is to limit how often you check your long-term accounts. “You shouldn’t focus on that money every single day,” Mark says. “At best, you’ll drive yourself crazy. At worst, you’ll be tempted to sell when markets turn against you.”

Of course, you shouldn’t completely ignore your investments, either. “Review your statements and adjust your holdings as necessary in order to maintain your target asset allocation—assuming your financial situation hasn’t fundamentally changed,” Mark says. “If it has, revisit your financial plan.”

As for external events, remember that, good or bad, this too shall pass. “Just as you shouldn’t make plans based on the good times lasting forever,” Mark says, “neither should you make plans assuming the bad times will last forever—because they won’t.”

Investing with a robo-advisor can help you keep your emotions in check. Learn more about Schwab’s robo-advisor, Schwab Intelligent Portfolios®.

Asset allocation strategies do not ensure a profit and do not protect against losses in declining markets.