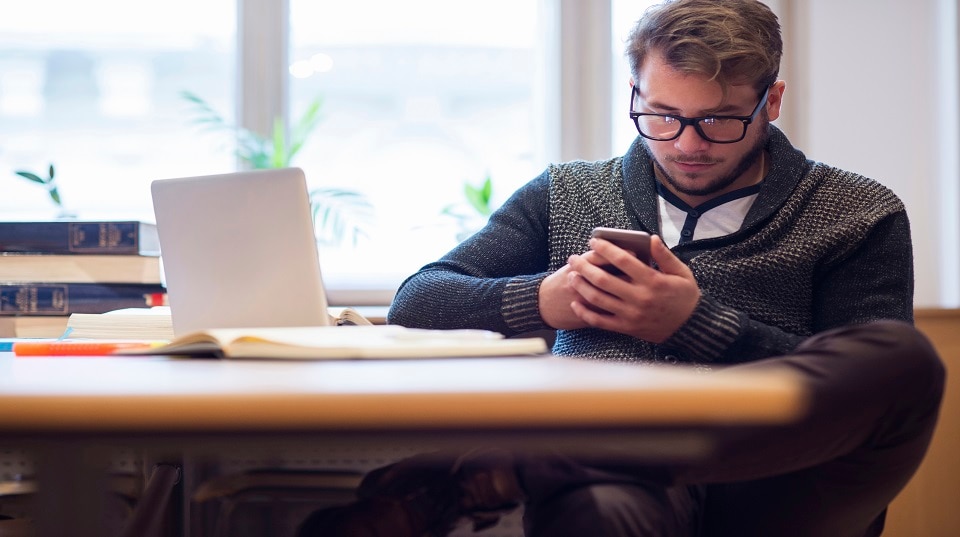 If I asked you how much time you spend on social media each day, would you answer honestly? Chances are most of us spend more time perusing popular platforms like Facebook and Instagram than we'd like to admit. According to the Pew Research Center, around seven in ten Americans ages 18 to 65-plus use social media to connect with friends and share news and information. Okay, you may say, that's not necessarily a bad thing. But there is one particularly troubling aspect of social media use that was revealed by Schwab's 2019 Modern Wealth Survey that I think merits special attention: the social pressure to spend beyond our means.

As I mentioned briefly in a previous column, the old idea of "keeping up with the Joneses" has reached an entirely new dimension today. Now it's FOMO—fear of missing out—on all the fabulous things other people appear to be doing, buying and enjoying. And that's causing a budgetary strain for a significant number of people. In fact, respondents to the survey rank social media as the biggest "bad" influence on how they manage their finances.

Don't fall for the fantasy

Why is the pressure more now than in the past? I think it's because it's not just the neighbors we're tempted to keep up with; it's everyone from personal friends to famous personalities—not to mention the totally fabricated posts. Add to that the barrage of ads that follow us wherever we go online plus the ease of making a purchase with forms of payment that remove any tangible sense of how much money is being spent, and before we realize it, the bills are adding up.

The impact is very real. According to the survey, 35 percent of all respondents reported spending more than they could afford to participate in experiences with friends based on what they'd seen on social media. For younger people, the percentages were even higher: 48 percent of Millennials and 41 percent of Gen Z overspent because of social media influences.

At the same time that they admitted to being influenced, 60 percent of survey participants questioned how friends could afford all the expensive experiences they post. And I think that's the heart of the matter. Just because someone shares something they've done or purchased, doesn't mean they can actually afford it. They may be vacationing at an Italian villa but not funding their 401(k). Or they may be building up massive debt and facing exorbitant interest charges—all to create a fantasy life. For a dose of reality, maybe people should start sharing their credit card bills!

Have a plan of your own

The idea that our emotions can affect how we manage our money is pretty well accepted. For instance, have you ever purchased something you don’t need to make yourself feel better? It's kind of the reverse with social media. We see what others are supposedly spending and then feel worse because we can't do the same. So what's the solution? To me, the best way not to be influenced by how other people spend their money is to have a clear spending plan of your own.

That’s just one of the reasons I’m a big believer in the importance of a financial plan, whether that’s a professional plan or a more informal understanding of your financial life. Having a big picture view of your financial situation is very grounding and can actually be a confidence builder. And it doesn't have to be that complex to counter the pull of FOMO.

It's simply a matter of knowing yourself and your goals—both short- and long-term—and figuring out how you'll achieve them. Is going to the trendiest restaurants important to you? If so, look at your budget and decide how often you can afford to do it. Do you really want that big vacation? Okay, figure out how much you can realistically save toward it each month. Might you have to give up some of those expensive restaurants now to save for a future trip? Or to contribute to your child’s college fund? Well, if you know what's really important to you, it won't be as difficult to make a trade off. Rather than feeling like you're missing out, you'll be making conscious choices—and that feels pretty empowering.

Be your own influencer

One of the roles of influencers on social media is to get us to buy. And it's hard to resist, especially if there's an alluring discount involved. But here's a counter idea. Every time you resist a post that tempts you to spend, why not reward yourself by saving instead? Think of it as your social media savings account. It doesn't have to be a lot but you might be amazed at how quickly it could add up. Then after a certain amount of time, you could use those savings to do something unique to you—or even to boost your retirement account. Now that might be something worth sharing!