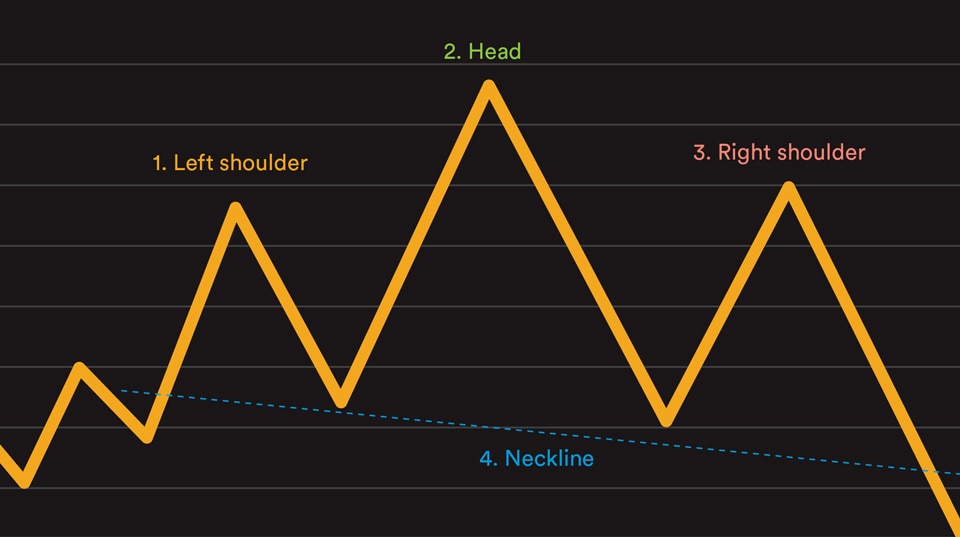 Take a look at any intraday stock chart and you’re bound to see head-and-shoulders patterns—a central peak flanked by two smaller peaks—popping out all over the place.

These triple-peaked chart patterns can be useful indicators of a major trend reversal but are also among the easiest to misread. Indeed, many investors have paid a steep price for placing a trade without waiting for signals confirming the pattern.

What to look for

To detect a true head-and-shoulders trend reversal, it helps to understand how they’re created:

Even when the stock price breaches the neckline, it doesn’t necessarily mean it’s a lock to continue in that direction. To help confirm the trend, you should consider two more factors:

Now that you know what to look for, how do you trade it? By using some of the same risk-management tools that are part of your regular trading plan.

Stop orders, in particular, can be useful for trading head-and-shoulders opportunities—both for limiting your losses from downward price moves and for initiating purchases when the stock breaks higher. However, be aware that there is no guarantee a stop order will be executed at or near the stop price. (For profit-taking, consider placing limit orders at your target price.)

If you already own a stock and believe a traditional head-and-shoulders pattern may be developing, identify the potential neckline when the stock is forming the right shoulder and set your sell-stop price just below it. For instance, if the stock retreated to $35, rebounded to a new high of $37 and then retreated back to $35 before climbing back up, consider setting your sell-stop price just under the possible new support level of $35.

If you’re looking to add a position, the formation of an inverse head and shoulders, with a stock price breaking above the neckline, often indicates a bearish trend has ended and the stock is poised for higher highs. In such cases, set your buy-stop price just above the neckline. For example, if the stock rebounds to $35, retreats to a new low of $33 and then climbs back up to $35 before again declining, consider setting your buy-stop order just above perceived resistance at $35.

A unique feature of inverse head-and-shoulders patterns is that they can be used to estimate a profit target after the pattern is complete (as shown in the chart below). To determine the target spread:

Some technical analysts believe this can give you a good sense for how far the price could climb based on the size of the pattern, and where you should consider setting your limit-sell price.

In my experience, those new to technical analysis tend to see head-and-shoulders patterns everywhere. That’s why taking the time to confirm signals, such as volume and the time frame of the preceding trends, is usually worth it. After a while, it will get easier to separate the heads and shoulders from the head fakes.