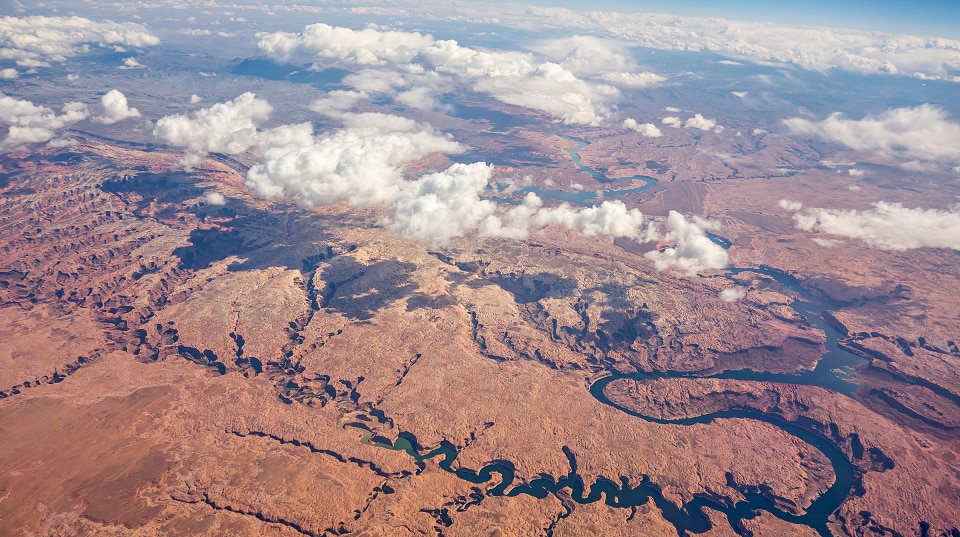 More than 75% of the West is in an extreme or exceptional drought, with over 58 million people living in a drought area—and expectations are that it will get worse. For comparison, just 2.4% of the West was in an extreme or severe drought at this time last year. Severe droughts can lead to greater instances of climate shocks, such as wildfires, which impact some municipal bond issuers. However, the degree to which the drought will affect issuers is not uniform, and there are steps that investors can take to mitigate any potential impact on a portfolio, which we discuss below.

We are cognizant and sensitive to the human and personal toll that the drought and climate shocks have. However, we are going to focus our attention on the impact it may have on the muni market only.

The drought and severe heat wave could lead to negative credit implications for some muni issuers, but we anticipate that most issuers will be able to adequately manage through the risks. The drought and heat wave could impact issuers in numerous ways, such economic disruption leading to reduced revenues, increased expenses due to recovery efforts, damage to physical infrastructure, increased energy demands, and the potential for outmigration.

We do not expect the drought to affect returns for the broad municipal bond market. Historically, no issuer that Moody’s rates has ever defaulted, or missed an interest or principal payment, due to a natural disaster, which includes wildfires. Moreover, the geographical diversity of the muni market helps to mitigate the impact of the severe heat and the drought. This is notable for investors in strategies that invest in munis from all over the country, because roughly 76% of the bonds in the Bloomberg Barclays Municipal Bond Index are in states that aren’t in the West,1 which is the area that’s being hardest hit by the drought.

Five states account for over half of all outstanding munis

Source: Bloomberg Barclays Municipal Bond Index, as of 07/02/2021. The five states whose outstanding munis compose more than half of the index are California, New York, Texas, Florida and Illinois.

Narrowing in on California

Droughts are not a new phenomenon for California. In fact, the state experienced a six-year drought that recently ended in 2017. California gets its water from a variety of sources. Snowpack, which is accumulated snowfall that has yet to melt, accounts for roughly 65% of the state’s water supply. As temperatures get warmer, the snowpack melts and is captured in one of the state’s nearly 1,300 reservoirs. These systems of reservoirs help store water for the summer dry season. Unfortunately, statewide snowpack is so low that that state won’t receive any more water from snowpack soon. Also, water levels at the state’s major reservoirs are well below full capacity, as illustrated in the chart below. This has led some experts to anticipate that the drought will likely get worse and wildfires may be more frequent and severe than in years past.

The types of munis that could be affected include:

1. State of California general obligation (GO) bonds: We don’t expect California state GOs to be negatively impacted by the drought and wildfires. The bonds are backed by the full faith and credit of the state and its taxing authority. The state has a high reliance on personal and income taxes, which are unlikely to significantly drop due to the wildfires. The state is also in a much better financial position than originally expected, with Gov. Gavin Newsom’s most recent proposed budget projecting a surplus of more than $75 billion. In addition, the state has proposed $2 billion in emergency preparedness investments in an effort to mitigate the impact of wildfires.

2. Local general obligation bonds: Local general obligation bonds are issued by cities, counties, and local school districts and are often backed by taxes on properties in the area. On the surface, it would seem like wildfires pose a risk to local GOs, because the destruction of structures could lead to a decline in property tax revenues. However, we don’t believe they do, except in limited instances. California’s local governments benefit from several characteristics, such as strong liquidity, large tax bases, and Federal Emergency Management Agency (FEMA) support, which all serve to limit the credit risks from wildfires according to Moody’s.

FEMA provides a minimum of 75% of the eligible cost for emergency measures and permanent restoration. However, an issuer may have to borrow or rely on their own sources of liquidity if there is a delay in disbursement from FEMA. Issuers with higher liquidity levels, which also generally correspond to higher credit ratings, should be able to fare better.

Historically, very few wildfires in California have led to the complete destruction of a tax base, with the exception of the town of Paradise. The 2018 Camp Fire destroyed about 90% of the town’s 19,000 structures; one year after the fire, the state estimated the town’s population declined by 83%. Nevertheless, Paradise was able to meet its debt service through insurance settlements and a state backfill of lost property tax revenues. Going forward, it has received a settlement from Pacific Gas and Electric Co. (PG&E), which will help its financial recovery, according to Moody’s.

Droughts and wildfires are unlikely to pose a risk to most local GOs in the short term, but they could pose a risk to some issuers over the longer term due to outmigration. At the simplest level, the demographics and economics of a region impact the credit quality of an issuer. Issuers located in areas with steadily increasing populations, relatively skilled workforces, and diverse industries generally have greater financial flexibility, which leads to higher credit ratings.

Wildfires and droughts could result in outmigration from the affected area because the emotional and financial costs for residents to rebuild may be too high. In addition, economies in areas that are heavily dependent on agriculture also may be negatively affected. Over time, this could hurt economic activity or property values, resulting in lower revenues for issuers in the affected areas. To help mitigate this risk, consider reducing exposure to munis with long maturities.

3. Revenue bonds: Revenue bonds are a type of municipal bond issued by an entity that earns revenues from more business-like operations to pay the bonds back. Examples include a water and sewer facility, an airport, a college, or a not-for-profit hospital. Broadly speaking, we think that standalone business-like enterprises are at a greater risk than a state or local government to the financial impacts caused by wildfires. However, some enterprises, like the California State University system or some hospital systems, are spread throughout the state. The geographical diversity helps mitigate the impact of wildfires.

Some revenue bonds contain provisions that allow them to be redeemed early, or extraordinarily called, using private insurance proceeds due to damage, destruction, or condemnation of the property. The bonds are generally called at par or above but may still result in a loss for investors who bought them at a price greater than their call price. Investors in individual bonds can review the bonds’ offering statement or call their fixed income specialist to determine if extraordinary provisions exist, and if so what the details are.

Unfortunately, the drought and the wildfires in California this summer are unlikely to be the last natural disasters that occur. Because it’s impossible to predict when disaster might strike, we think muni investors who are concerned about the wildfires and climate shocks in general should take the following steps:

1 "West" includes Oregon, Washington, California, Nevada, Utah, Arizona, New Mexico, Idaho, and Montana, according to the U.S. Drought Monitor. The U.S. Drought Monitor is produced through a partnership between the National Drought Mitigation Center at the University of Nebraska-Lincoln, the U.S. Department of Agriculture, and the National Oceanic and Atmospheric Administration.