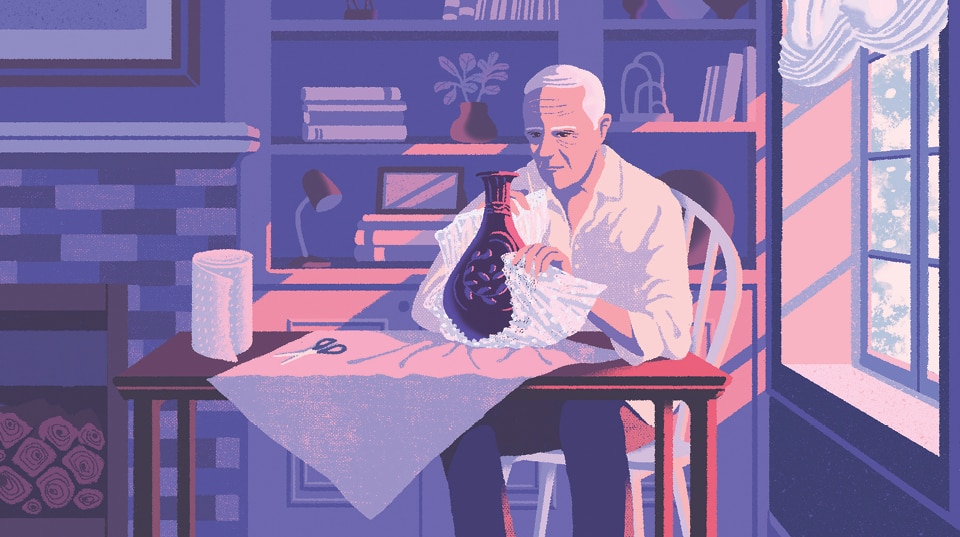 When the federal estate tax exemption doubled in 2017—it’s now $11.7 million per person ($23.4 million per married couple)—the number of tax-paying estates fell from 5,500 annually to just 1,900. “As a result, most people haven’t had to worry about estate taxes,” says Bob Barth, a Schwab wealth strategist based in Orlando, Florida. But looming tax changes could alter that:

“With all of the what-ifs around estate taxes, it’s important to have a plan in place that will protect your heirs, come what may,” says George Pennock, director of trust planning services at Charles Schwab Trust Company in Henderson, Nevada. Here, Bob and George highlight three trust types that can help.

How it works: When one member of a married couple passes away, the couple’s assets are separated into two trusts:

Who it’s for: Spouses don’t pay estate tax on assets inherited from each other thanks to the unlimited marital deduction, which allows an individual to transfer an unrestricted amount of assets tax-free to their spouse at any time, including at her or his death. “However, over time, appreciation alone can easily push a sizable estate over the estate tax exemption for your heirs,” Bob says. “By moving some of those assets into a bypass trust at the time of the first spouse’s death, they’re excluded from the surviving spouse’s estate even as he or she derives income from it.”

How it works: The GRAT’s creator transfers assets into a fixed-term, irrevocable trust. During the term (of at least two years), the creator receives annuity payments that pay the value of the assets back to them in their entirety—plus a fixed interest (or “hurdle”) rate set by the IRS. When the term expires, any growth in the invested assets over and above the hurdle rate passes to the trust’s beneficiaries tax-free.1 If the creator passes away before the term ends, however, the value of the remaining assets, including earnings, will be included in her or his taxable estate.

Who it’s for: A GRAT is most useful for those with assets that are likely to appreciate substantially during their lifetimes, such as a closely held business, real estate, or stocks. “A GRAT allows you to move some of that appreciation out of your estate, thereby reducing its overall size,” George says. “And if the assets don’t appreciate as expected, the GRAT’s ‘substitution transaction’ provision allows you to, during the annuity term, swap them out for assets of equal value that may appreciate more.”

How it works: This irrevocable trust distributes a portion of the donated assets—at least 5% annually but no more than 50%—to its creator or another beneficiary for a specified term (or life). At the end of the term or the creator’s death, the remainder goes to one or more designated charities. There are two main types of CRTs:

Who it’s for: Those who want to reduce the eventual size of their taxable estate while receiving an immediate partial tax deduction on the value of the assets transferred into the trust. “The beauty of charitable gifts is that they don’t eat into your estate tax exemption,” Bob says. “And with a CRT, you can receive an immediate partial tax deduction on the portion of the assets earmarked for charity, which must be at least 10%.” What’s more, putting highly appreciated assets into a CRT preserves their full fair market value because the trust is not required to pay capital gains taxes on the sale of those assets.

Estate taxes are always a moving target, so it’s important to revisit your estate plan—including your trust provisions—regularly. “With so many changes on the horizon, it’s wise to keep in close contact with your team—accountant, attorney, financial planner, etc.—who can help you think through your options and keep your overall planning on track,” George says.

1Naming grandchildren as a GRAT’s beneficiaries could trigger generation-skipping transfer taxes. Consult a tax professional before making any decisions.

See how a corporate trustee can help plan for taxes and protect your financial legacy.

Charles Schwab & Co., Inc. (Schwab) is affiliated with Charles Schwab Trust Company (CSTC), the corporate trustee for Schwab Personal Trust Services (SPTS). Schwab may introduce clients to CSTC but does not evaluate whether SPTS is appropriate for each client or recommend SPTS for any particular client. It is the client’s responsibility to ensure that CSTC meets his or her trust needs and to conduct any due diligence that may be required before engaging CSTC.