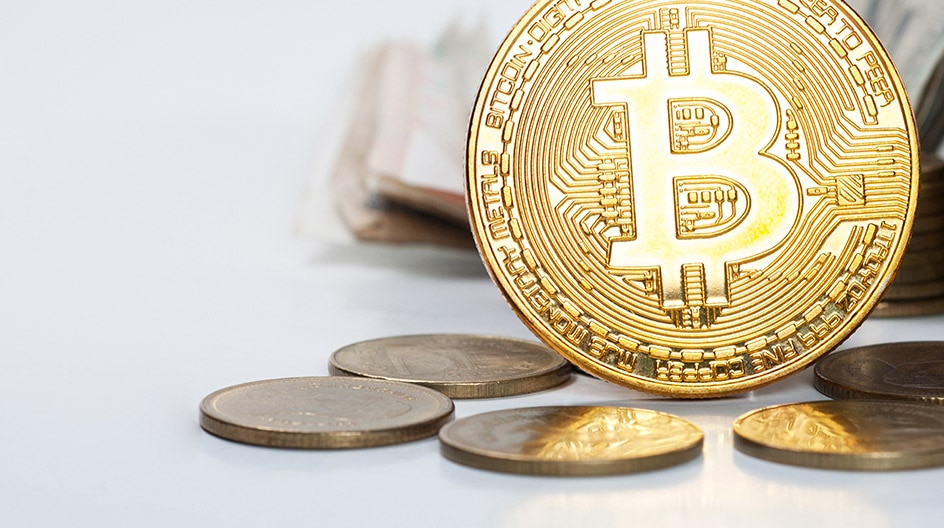 I was at a dinner party recently and several of my friends were talking about how much money they had made on Bitcoin. I’m thinking about investing in cryptocurrency too, but I’m concerned about the risks. What do you think?

Many of my children’s friends have dabbled in investing in Bitcoin and other forms of cryptocurrency, so I’ve also heard about the unbelievable amounts of money that can be made (and then potentially lost). And I can certainly understand that it can be fun to try something different and cutting-edge. But when people tell you these stories, what they usually forget to mention are the risks involved.

In fact, I often compare buying cryptocurrency to gambling in Las Vegas. It can be fun to gamble, and you might walk away with bundles. But you shouldn’t do it with money that you need to buy a house, pay for college, or your retirement.

Therefore, I think you’re right to be concerned. I also think that the best way to make a decision is to arm yourself with the facts.

What cryptocurrency is, and how it works

The idea behind cryptocurrency is pretty straightforward. It’s a form of digital currency that lets you make online payments to other people or businesses without having to go through a third-party like a bank. Records of these transactions are logged onto a public ledger called a blockchain, which is stored and duplicated on thousands of computers around the world; this is how the system remains relatively accountable and transparent.

There are currently about 1,500 types of cryptocurrency, including Bitcoin, Ethereum, Ripple, and Zcash. You can buy the "coins" in a variety of ways, including paying cash for them on an exchange like Coinbase; providing goods or services in exchange for the currency; or purchasing them from a Bitcoin ATM. After you’ve bought cryptocurrency, you store them in an “online wallet.”

You may have also heard of Initial Coin Offerings (or ICOs), which involve an investor purchasing cryptocurrency coins that aren’t part of a registered offering, but that provide the promise of a future stake in a startup venture. In these cases, the startups create their own “coins” to sell to investors.

I know that cryptocurrency sounds like it is super high-tech, but digital currency has actually been around, in one form or another, for years. Loyalty programs like airline frequent flier miles, hotel points, and credit card points are all forms of digital currency. The benefits you receive from these programs are not in dollars, but in the company’s self-created currency. So this is something a lot of us are familiar with already. It's just a slightly different form.

Buyer beware, the risks are real

Like you, I’ve heard about people making staggering sums off of cryptocurrency. Let’s take Bitcoin as an example. When Bitcoin launched in 2010, the price of one coin was $0.01. In December of 2017, that same coin was worth around $20,000. The value of Bitcoin rose more than 1,000% in 2017 alone. With those kinds of returns, you’d think we’d all want to get in on the game, right? But by August of 2018, a single Bitcoin was back down to $6,000. Which brings me to one of the things I want to stress most: Cryptocurrency has been extremely volatile.

Warren Buffet, the CEO of Berkshire Hathaway and someone I really admire, has said that he won’t touch Bitcoin. He understands that its dramatic rise and fall has been driven mostly by supply and demand, not because the currency has any inherent value. In other words, he views cryptocurrency as speculation, not investment. I agree.

The distinction is important to understand. Investing involves taking a calculated risk in order to achieve an expected return based on the price and quality of what something’s worth today. Speculating, on the other hand, means buying something regardless of its value—to attempt to make a profit by later selling it to someone else for a higher price.

Another risk is that trading in cryptocurrency is largely unregulated. The coins are not backed by a government or a central bank, like the U.S. dollar is. And the U.S. Securities and Exchange Commission doesn’t oversee the buying and selling of this kind of currency—yet. That means that Bitcoin is a lot less stable and secure than what’s being issued by Uncle Sam.

In addition, even though cryptocurrencies have been designed to be theft-proof, there’s also a chance of fraud and cybercrime. In June of 2011, for example, the Japan-based Mt. Gox (which was then the largest Bitcoin exchange) experienced a security breach in which $450 million worth of Bitcoin was stolen. In December of 2017, the Slovenian cryptocurrency exchange, NiceHash, was hacked for a loss of $64 million. However keep in mind that cryptocurrency exchanges based in the U.S. must register as a national securities exchange with the Securities and Exchange Commission, which has mandatory requirements regarding cybersecurity.

In the case of ICOs, there’s substantially less investor protection than in traditional securities markets, with more opportunities for fraud and manipulation, and fewer protections for investors in the event of theft. However, that may soon change, as a judge recently ruled that ICOs are considered securities.

On a more personal note, I don’t like that cryptocurrency has been associated with the more unsavory side of finances, like money laundering, the black market, and the dark web, which offers online marketplaces where criminals can buy and sell illicit goods and services.

And you’re at risk in a much simpler way, too. You need a login ID and password to access cryptocurrency exchanges. If you forget those—or they’re lost or stolen in a hacker or phishing scam—you can lose your access, and your currency. Unfortunately, with no issuing or regulating country or authority for cryptocurrencies, there’s very little recourse in cases of fraud or theft. And law enforcement often has limited ability to seize it.

Only if you don’t need the money…

As I mentioned in my Las Vegas analogy above, I think that buying cryptocurrency is a serious gamble. It’s fine if you want to purchase some—and speculating could be a lot of fun—but you should only do it with money you can afford to lose. If your goal is to grow the money you’ll need for the future, you’re better off sticking to more traditional investments instead.

Digital currencies, such as bitcoin, are highly volatile and not backed by any central bank or government. Digital currencies lack many of the regulations and consumer protections that legal‐tender currencies and regulated securities have. Due to the high level of risk, investors should view Bitcoin as a purely speculative instrument.