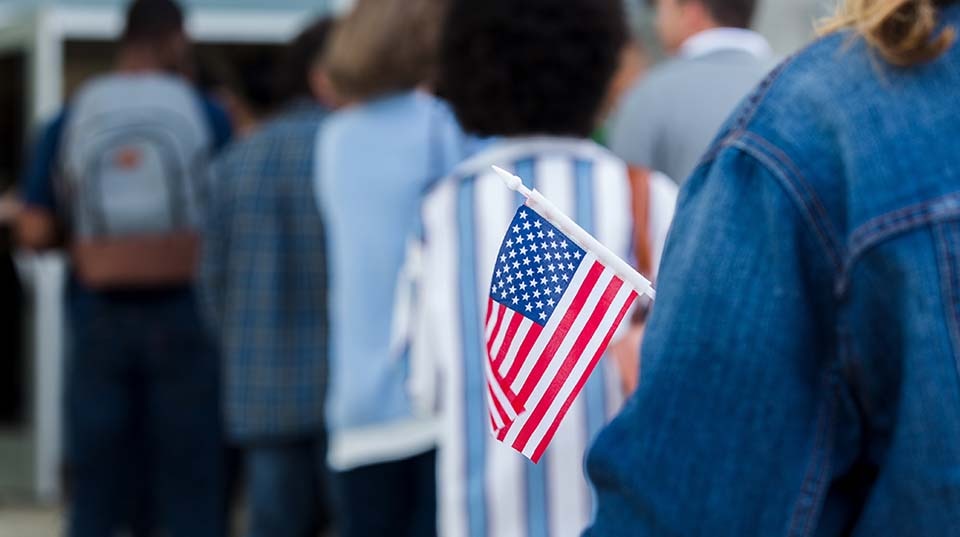 While Election Day is two months in the rearview mirror, the election is not over. A runoff election in Georgia on Tuesday, January 5th, will determine the balance of power in the U.S. Senate, a historically unprecedented scenario that will have a profound impact on President-elect Joe Biden's ability to move his policy agenda forward in the first two years of his presidency.

For investors, it makes it nearly impossible to know what policy initiatives have a realistic chance of being approved over the next two years, casting uncertainty around issues from taxes to energy policy to health care.

But what is assured is an extremely narrowly divided Congress in 2021. Democrats retained their majority in the House of Representatives but lost at least a dozen seats; their margin in the lower chamber is likely to be in the single digits. That, combined with a narrow Senate margin in either direction, is likely to push policymaking toward the center, with the most ambitious campaign proposals of the incoming Biden administration unlikely to succeed.

Here we examine the upcoming runoff elections in Georgia and the potential impacts on the policy agenda of the possible outcomes.

How did we get here?

The unusual situation is the result of two unique circumstances in Georgia. The first is that Georgia is one of just two states, along with Louisiana, that requires federal candidates to get more than 50% of the vote in an election to be declared the winner. If no candidate receives a majority of the votes cast, the top two vote-getters advance to the runoff election.

The second unusual circumstance is that both of Georgia’s Senate seats were on the ballot in 2020.

In the regular election, incumbent Sen. David Perdue (R) was running for a second six-year term against Democrat Jon Ossoff. Perdue finished with 49.7% of the vote, while Ossoff had 47.9%. But a third-party candidate took 2.3%, just enough to keep Perdue below the all-important 50% threshold. Perdue and Ossoff will face off in the January runoff.

The race for Georgia’s other seat was a special election to fill the remaining two years of the unexpired term of a senator who resigned at the end of 2019 due to health reasons. Sen. Kelly Loeffler (R) was appointed to fill the seat in 2020, but was just one of a whopping 20 candidates on the ballot in November for the abbreviated two-year term. The winner will have to run again for his or her own six-year term in 2022.

Democrat Raphael Warnock topped the field with 32.9% of the vote, with Loeffler coming in second at 25.9%. The other 18 candidates split the rest of the vote. Warnock and Loeffler will be on the ballot in January.

Why Georgia matters so much

The November election results left Republicans clinging to a 50-48 majority in the Senate. If Ossoff and Warnock, the two Democratic candidates in Georgia, win their races, that would forge a 50-50 tie in the Senate. Under Senate rules, the vice president would cast the tiebreaking vote. Vice President-elect Kamala Harris, once she is sworn in on January 20th, would give Democrats the narrowest of majorities in the chamber. Combined with their majority in the House of Representatives, Democrats would control the White House, the House and the Senate in that scenario, giving them more flexibility to push the party’s policy agenda forward.

But if either (or both) Perdue or Loeffler win in Georgia, then Republicans would retain their majority and have the ability to block much of Biden’s agenda, potentially beginning with his Cabinet nominees, who need Senate confirmation.

Uncertainty about the outcome has even hampered the preparation for the 117th Congress. Normally, the weeks before the start of a new Congress would be busy with determining committee chairs and memberships, along with dozens of other preparations. But those processes are frozen until the results are in from Georgia. At this point, it is not even known whether Senate Majority Leader Mitch McConnell (R-Ky.) will continue in that role or whether the chamber’s top Democrat, Senate Minority Leader Charles Schumer (D-N.Y.), will take over.

What to expect in January

Special elections are notoriously difficult to predict, and the Georgia runoffs are no exception. Voters aren’t used to voting in early January, so turnout will be critical. The key question is whether voters will turn out without a presidential race on the ballot – and specifically without President Trump on the ballot.

Georgia was the most closely contested battleground of the 2020 presidential race, with Biden winning the state’s 16 electoral votes by a margin of about 13,000 votes out of 5 million cast. Biden was the first Democrat presidential candidate to win Georgia since 1992. Although the state has certified the outcome after a hand recount, President Donald Trump continues to dispute the result.

There is no question that Georgia’s role as a key battleground state in the presidential election spurred increased turnout on both sides. But will that translate to the Senate runoffs? Will Republicans who came out to support the president in November return to the polls to support Senate candidates they may not be as familiar with? Will Democrats who were energized to defeat President Trump show the same enthusiasm for voting for two challengers in the Senate races?

The answers to these questions will determine the January result. The Republican candidates are likely slight favorites given Georgia’s voting history over the last two decades, but most observers are calling the two races toss-ups.

For investors, the trickiest aspect of this uncertainty is predicting what policy issues have a realistic chance of succeeding over the next two years. The Biden campaign promised to go big on issues like climate change, health care and racial justice—with increased taxes expected to pay for his initiatives.

On the campaign trail, Biden discussed a host of potential tax code changes, including increasing the corporate tax rate, restoring the top individual tax rate to 39.6%, taxing capital gains and dividends as ordinary income for filers earning over $1 million, making changes to the estate tax and capping itemized deductions for wealthier filers, among other proposals.

But those ideas will be nonstarters if Republicans retain the Senate majority. And even if Democrats achieve their best-case scenario and forge a 50-50 tie that gives them the slightest of majorities, there is not Democratic unanimity on many of the Biden tax ideas. Biden will likely have to scale back his proposals in order to win support from moderate Democrats in the Senate.

The same is true across the spectrum of policy issues, from health care to energy to education. Biden’s ambitious campaign proposals will likely meet stiff opposition if Republicans maintain Senate control, and will likely need to be scaled back even in a narrow Democratic majority.

One tool that President-elect Biden will have available to him regardless of the outcomes in Georgia is the ability to sign executive orders. These edicts allow the White House to set policy without consulting Congress. Biden is expected to issue numerous executive orders in the early days of his presidency to reverse Trump-era regulations in areas like immigration and the environment.

But executive orders have their limits. The president, for example, cannot alter the tax code via executive order—taxes are the responsibility of Congress. So expect the new president to push incremental policy changes that can win bipartisan support on Capitol Hill.

No matter which party controls the Senate, there are some policy areas that are candidates for bipartisan action in 2021:

With Senate control uncertain until after the runoffs, there’s no specific action for investors to take right away. Concerns about major tax code changes have lessened considerably since before the election, and would disappear if Republicans retain Senate control. But the end/beginning of the year is always a good time for investors to check in with their financial advisor to review their financial plan. That remains true regardless of how the political configuration in Washington shakes out.