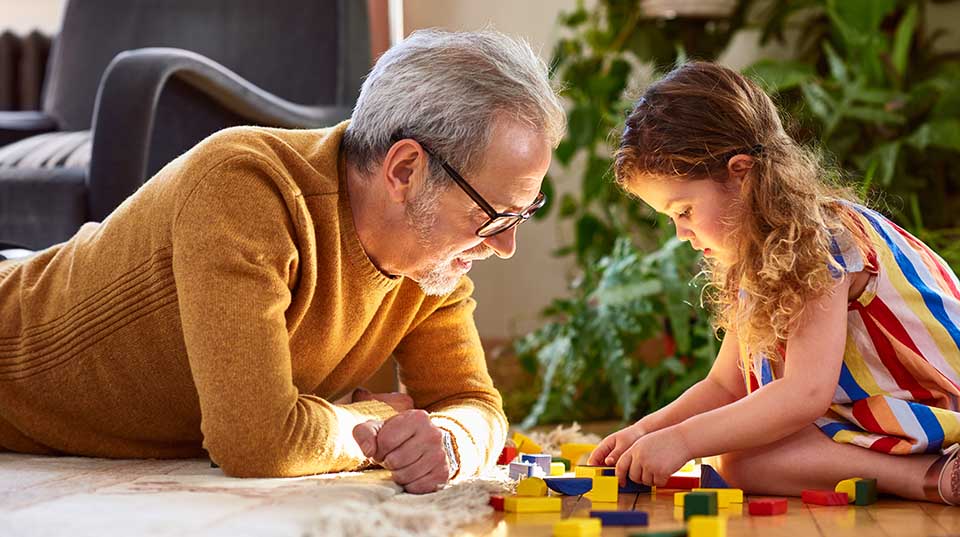 I’m 72 and thinking about leaving one of my IRAs to my grandchildren, ages 19, 13, 9, and 8. Can you tell me if this is a good idea, especially since they are minors, and what the minimum distribution requirements would be?

In many ways, leaving an IRA to your grandchildren can be a great idea. The money continues to grow tax-deferred during your lifetime, and when your grandkids inherit it, they’ll have a couple options about when and how to withdraw the money.

However, it’s not quite as simple as just naming them as the beneficiaries—for a few reasons.

First, you need to think about what would happen if your grandchildren inherited the money while they’re still minors. It’s also important to keep in mind that the distribution rules are stricter than they used to be. Under the SECURE Act passed in December 2019, most non-spouse beneficiaries have just 10 years to draw down the funds from inherited retirement accounts. Previously, they had the luxury of stretching distributions across their lifetimes.

Additionally, each beneficiary may have different needs in terms of when asset distributions would be most effective. Finally, you’ll want to think about how the distributions will be taxed.

So, while I applaud your generosity and forethought—and in no way want to dissuade you—here are some things to address in advance.

The age of majority generally ranges from 18 to 25, depending on the state of residence. In your case, while your oldest grandchild might be able to inherit money directly, you should strongly consider establishing a custodian—typically a minor’s legal guardian—for the three younger ones. A custodian would manage the money until the children reached their state’s recognized age of adulthood. At that time, they would have complete access to the funds.

If you don’t designate a custodian, a parent would have to ask the probate court to assign a property guardian. Naming a custodian as part of your beneficiary designation would avoid this complication.

Another option is to set up a trust. This requires a bit more expense and time (you’ll need to work with an estate planning attorney), but a trust will give you more control over how and when the money can be used. For instance, while you might be thinking the inheritance will help pay for education or a down payment on a house, a young beneficiary might be more tempted to buy a fancy car.

To me, going with a trust will depend on how much money you’re talking about and how concerned you are about your grandchildren handling their inheritance responsibly.

Grandchildren must distribute the assets within 10 years

Grandchildren generally fall under the category of “designated beneficiary,” which means they can distribute inherited IRA assets however they like—without taking a required minimum distribution (RMD) each year—as long as all assets are distributed within 10 years of your death. In other words, your grandchildren can take some assets out each year or just leave all the assets in the account until the last day of the 10-year limit. Any assets that aren’t distributed by the end of the 10th year will be subject to a 50% penalty.

There are some exceptions to this 10-year rule, however. Grandchildren who are disabled or chronically ill may distribute assets over the course of their lifetime—though they will be subject to RMDs.

How the assets are distributed over time could have important tax considerations, so it’s best to consult with a tax advisor.

Your grandkids will likely have to pay taxes on distributions

The story is different if you’re passing on a Roth IRA, for which they won’t have to pay taxes, so long as you opened the account at least five years prior to your passing. If it hasn’t been five years, they can either or wait until the five-year holding period has passed to take distributions or pay income tax on the earnings portion of the account (as you would have paid tax on the principal).

Just for the record, it’s important for everyone to understand that your grandchildren wouldn’t be subject to the usual 10% penalty that would apply to a regular account holder who attempted to distribute money from their retirement account before age 59½—regardless of their age when they take a distribution.

Your grandchildren (or their custodians) should also understand that they won’t be able to make additional contributions to an inherited IRA (however, if they have earned income, their parents can set up custodial IRAs for them).

Lastly, keep in mind that withdrawals from an inherited IRA may affect student financial aid considerations for your grandchildren.

Run this by an advisor

Naming a grandchild as an IRA beneficiary can be a tax-smart way to pass on money—both for you and for your grandkids. But as you can see, the devil is in the details, so I strongly suggest talking this over with your financial advisor and an estate planning attorney. In some cases, it may make more sense to name your spouse as the designated beneficiary to take advantage of spreading the distribution over their lifetime, and then they can name your grandchildren as beneficiaries.

What matters is finding a way that works best for everyone now but will also benefit your grandkids later on.

Investors should consider, before investing, whether the investor’s or designated beneficiary’s home state
offers any state tax or other state benefits such as financial aid, scholarship funds, and protection from
creditors that are only available in such state’s qualified tuition program.

App Store is a registered trademark of Apple Inc.