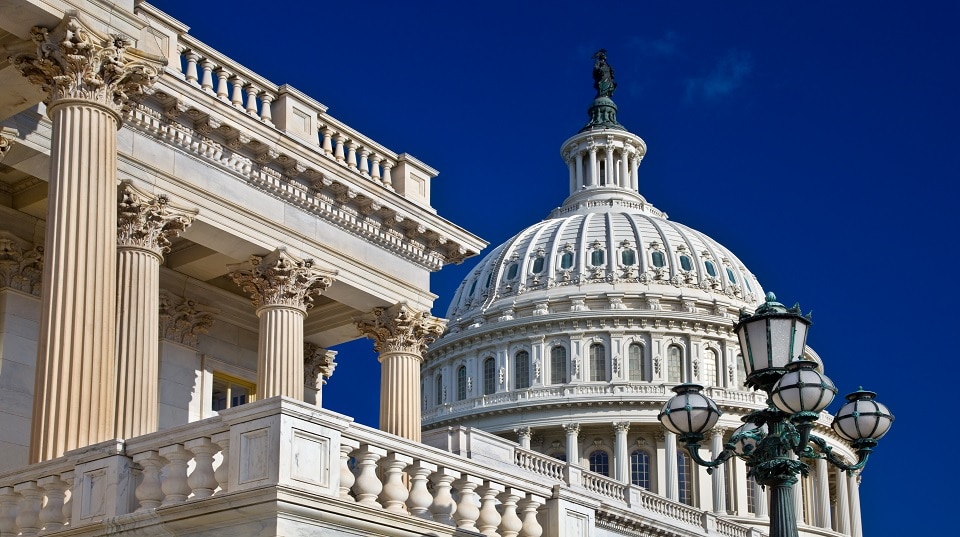 The bipartisan agreement reached this week to set federal spending caps and suspend the debt ceiling for two years should be a big relief to the markets. If approved, it will remove the significant uncertainty that was looming as Congress faced twin deadlines in September.

House Speaker Nancy Pelosi (D-CA) and Treasury Secretary Steven Mnuchin were the primary architects of the deal, which was forged after days of back-and-forth negotiations. The agreement sets federal spending caps for fiscal years 2020 (which begins October 1st, 2019) and 2021, increasing spending by about $320 billion. In addition, the agreement suspends the debt limit until July 31st, 2021, ensuring that there is no chance of the federal government defaulting on its debts before at least late fall of that year.

The agreement was approved by a 284-149 margin in the House of Representatives, where Democrats hold the majority, on July 25th. That timing was particularly important because the House is scheduled to begin its annual six-week August recess this week.

It still needs to win a majority of votes in the Senate, where Republicans have a narrow advantage. A vote is expected during the week of July 29th, and leaders of both parties are confident it will be approved. President Donald Trump has indicated he will sign the bill into law.

One concern for some members of Congress is that the increases in federal spending would not be offset by spending cuts in other areas. As a result, the federal deficit would rise this year and next. Increasing budget deficits and the rising national debt continue to be a concern to market watchers, but investors generally have seemed unconcerned in recent years.

Assuming the bill is approved, the work of Congress still will not be complete. Lawmakers must pass the 12 appropriations bills that allocate the overall spending to each federal agency and program before October 1st—or risk a government shutdown. Reaching agreement on those bills is notoriously tricky, especially when the House is controlled by one party and the Senate is controlled by the other.

Failure to pass the appropriations bills would require passage of an emergency bill to extend federal spending in order to avoid a repeat of the 35-day partial government shutdown earlier this year. Congressional staff is expected to work through the August recess on those numbers, and members of Congress will spend much of September focusing on finding consensus to avoid another shutdown.

The main driver of the agreement was the need to increase the limit on the nation’s borrowing capacity. The debt ceiling had been suspended from early 2018 until March 2019—when it came back, the nation was immediately at the limit of just over $22 trillion.

As has happened numerous times in recent years, the Treasury Department immediately began employing its so-called “extraordinary measures,” a series of steps designed to ensure the government does not default on its debt. But those moves are temporary, and Mnuchin began warning Congress earlier this summer that the deadline for action was fast approaching.

In a July 12th letter to Congress, Mnuchin wrote, “We model various scenarios for cash projections. Based on updated projections, there is a scenario in which we run out of cash in early September, before Congress reconvenes.” He urged lawmakers to increase the debt ceiling before Congress leaves for summer recess.

Mnuchin’s time frame for a possible default was earlier than was projected earlier this year, when October was seen as the likely deadline. The revised information sparked a flurry of negotiations, ultimately producing the deal announced on July 22nd.

Over the last decade or more, uncertainty about when and whether Congress will increase the debt ceiling has prompted market volatility. In summer 2011, the United States came the closest it has ever come to default. The S&P 500 dropped by more than 10% in the month leading up to the deadline, and dropped further when Standard & Poor’s downgraded the U.S. credit rating for the first time in history—to AA+ from AAA—amid uncertainty about when Congress would act.

If the current agreement is approved, it will alleviate any uncertainty the market has about the United States’ ability to pay its bills—at least until late 2021.

The other half of the agreement sets the caps on federal spending for the next two fiscal years, providing additional certainty in an area that is usually subject to bitter negotiations on an annual basis.

A less-noticed—but very important—element of the agreement is that it ends the Budget Control Act of 2011. That law was passed as an attempt to force fiscal discipline on Congress by imposing automatic, across-the-board spending cuts if lawmakers failed to hit spending targets each year. While Congress had suspended it multiple times in recent years, it was poised to impose $126 billion in automatic cuts at the end of 2019 if Congress did not act. The threat of those cuts, combined with concern about the debt ceiling, were the catalysts for overcoming the bitter partisan atmosphere that currently prevails in Washington.

Can You Contribute to an IRA If You Don't Have a Job?
Retiring Abroad? Financial Facts You Need to Know