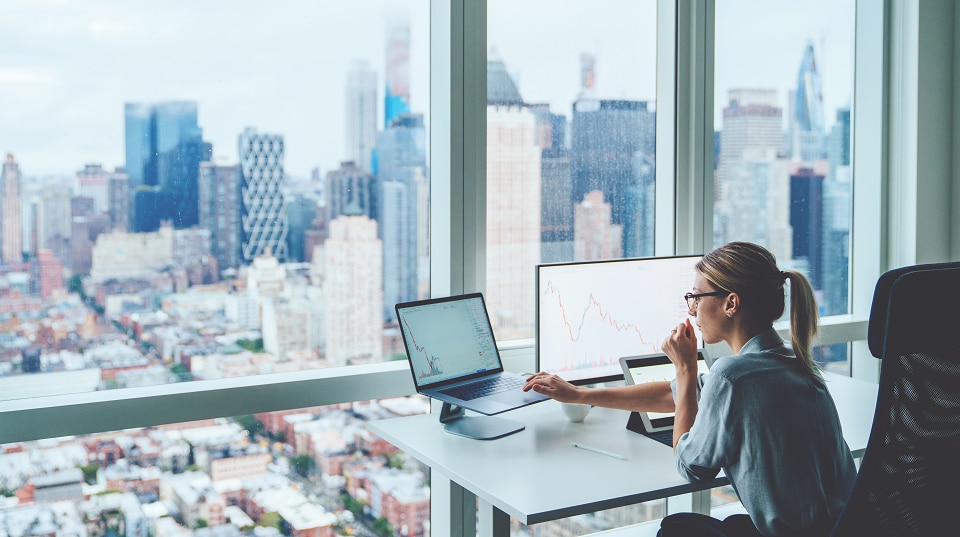 With the U.S. corporate default rate likely to rise, a growing number of investors may be wondering what they should do if their bond issuer is unable to repay its debts. Unfortunately, the answer isn’t always straightforward. There are, however, several things corporate bond investors should know.

Reasons leading to a default may differ and can affect the restructuring and repayment process. What bond holders receive after the default—and when they receive it—can vary significantly. Recovery proceeds may come in different forms, including as a newly issued bond, cash, stock, or some combination of the three, and the process can take anywhere from a few months to several years. Below we’ll discuss what investors need to know when a corporate bond they own defaults.

Defaults are likely to rise

Corporate defaults are likely to increase due to the economic impact of COVID-19 and its effects on corporate earnings. The plunge in the price of oil could lead to even more defaults in the energy sector.

After declining from its recent peak of 5.2% in December 2016, the trailing 12-month speculative-grade default rate has hovered between 2.1% and 3.4% for the two years ending February 2020.1 That rate is expected to jump by the end of this year. According to Standard & Poor’s, the baseline forecast for the default rate is 10% by December 2020.

Despite its low current reading, the default rate is expected to rise to 10% by December 2020

Source: Standard and Poor’s Trailing 12-Month Speculative-Grade Corporate Default Rate, February 2020. S&P conducts its default studies on the basis of groupings called static pools. For the purpose of the study, S&P forms static pools by grouping issuers by rating category at the beginning of each year that the CreditPro database covers. Each static pool is followed from that point forward. All companies included in the study are assigned to one or more static pools. When an issuer defaults, S&P assigns that default all the way back to all of the static pools to which the issuer belonged. S&P calculates annual default rates for each static pool, first in units and later as percentages with respect to the number of issuers in each rating category. Shaded bars represent recessions.

S&P believes the oil and gas sector will be hit especially hard, but the number of defaults is likely to be widespread. The rating agency believes the high-yield market is especially vulnerable to this economic shock, as the percentage of issuers with ratings of “B-” or below (which are very low credit ratings) is at an all-time high of just more than 30%.2

One factor that tends to lead issuers to default is a surge in borrowing costs. Outside of paying off debts with cash on hand, corporations tend to issue new bonds to refinance maturing bonds. If the cost of borrowing is simply too high, it might make sense for an issuer to default rather than refinance at rates that might significantly impact its cash flows. We’ve already seen that happen with many high-yield bond issuers. The chart below compares the default rate with the average “spread” of the Bloomberg Barclays U.S. Corporate High-Yield Bond Index. A rise in defaults tends to follow a rise in spreads, and the average spread of the index is at its highest level since the 2008-2009 financial crisis.

Source: Bloomberg and Standard & Poor’s. Bloomberg Barclays US Corporate High Yield Average OAS (LF98OAS Index) and Standard & Poor’s Trailing 12-Month Speculative-Grade Default Rate. Monthly data as of 3/31/2020 and 2/29/2020 for the high-yield spread and the default rate, respectively. Option-adjusted spreads (OAS) are quoted as a fixed spread, or differential, over U.S. Treasury issues. OAS is a method used in calculating the relative value of a fixed income security containing an embedded option, such as a borrower's option to prepay a loan. Shaded bars represent recessions.

The basics of a default

What does “default” mean? In its simplest form, it’s when an issuer fails to make a scheduled interest or principal payments on its bonds. According to credit rating agencies like Moody’s and Standard and Poor’s, if a corporation breaks one of its covenants, that can also trigger a default.3 The rating agencies also consider a “distressed-debt exchange” a default.4 Individual investors generally don’t have much say in the details of a distressed-debt exchange, as the negotiations generally happen with large institutional investors who likely own a large portion of the debt. In a distressed-debt exchange, the value of the proceeds is generally below the initial par value of a given investment.

Chapter 7 is more of a “last resort” option. Rather than restructuring, a Chapter 7 bankruptcy means the corporation ceases operations and liquidates its assets. As the corporation sells its assets—sometimes at very depressed prices—the proceeds are used to pay off its creditors, which includes bondholders. Like a Chapter 11 bankruptcy, it can take a long time for bondholders to receive any proceeds from a Chapter 7 filing. The order of payment can vary. Corporate bond holders are often below government taxes, bank loans, and other creditors like employees and suppliers. However, they are ahead of preferred and common stockholders.

What happens to holders of corporate bonds that default?

Unfortunately, what happens to bondholders after a default isn’t always easy to answer. As discussed above, bankruptcy processes can take a long time. More often than not, however, bonds of issuers facing financial difficulties will drop in price as investors become concerned with the issuer’s ability to make timely interest and principal payments. A drop in price doesn’t always lead to a default, however, and prices could rebound.

When a company does file for Chapter 7 or Chapter 11, what bondholders “recover” can vary significantly. Recovery is what a bondholder ultimately receives from holding a defaulted bond through all court proceedings. Unfortunately, both the ultimate recovery value and how long it will take to actually receive the recovery value are unknown in advance. Most importantly, the recovery is often less than the $1,000 par value of the bond. In other words, it’s unlikely that an investor would “recover” what the bond was originally worth. The chart below illustrates that what bondholders eventually receive can vary and is often well below the amount that many investors may have initially invested.

Source: Moody’s Investors Services. “Annual Default Study: Defaults will edge higher in 2020,” January 30, 2020. Ultimate recovery is the value creditors realize at the resolution of the default event and is calculated on a volume weighted basis. For example, for issuers filing for bankruptcy, the ultimate recovery is the present value of the cash and/or securities that the creditors actually receive when the issuer exits bankruptcy, typically 1-2 years following the initial default date. Columns represent the year that recovery occurred, not the year the issuer defaulted.

It’s not just the value of the proceeds that can vary, but how investors are compensated. It’s usually not as simple as just receiving a cash payment in lieu of the defaulted bonds. Since Chapter 11 results in a newly organized company, holders of the defaulted bonds usually receive some sort of new securities as proceeds. The proceeds may consist of new bonds, an equity stake in the company, equity warrants, or some combination of those options.5 Conversely, in a Chapter 7 bankruptcy, bondholders often receive cash proceeds as the issuer liquidates its assets. The proceeds may come in installments, as various assets are liquidated, and this can take a very long time.

Key points to be aware of when a corporate bond you own defaults:

Unfortunately, dealing with a defaulted bond isn’t very straightforward. But investors do have a couple of options:

1 Source: Standard & Poor’s, “The Global Recession Is Likely to Push the U.S. Default Rate To 10%”, March 19, 2020. When discussing the default rate, we are always referring to the speculative-grade, or high-yield, default rate.

2 Ibid
3 A covenant is a legal agreement that defines what the issuer can or cannot do over the life of the bond. For example, a bond covenant might include a restriction on the issuer’s ability to take on additional debt, since a rising amount of debt may make the issuer less creditworthy.
4 A distressed debt exchange occurs when an issuer may be facing financial difficulties, which sends its bond prices lower. The issuer may then offer to “tender” the bonds at a price above the price that the bonds trade at in the secondary market, but below the par value. According to the credit rating agencies, this is generally viewed as a default since the issuer has redeemed an obligation at a price below the previously promised price.
5 An equity warrant gives the warrant owner the right, but not the obligation, to buy an equity security at a certain price before the warrant’s expiration. Warrants tend to have longer expiration dates than equity call options.

Commodity-related products, including futures, carry a high level of risk and are not suitable for all investors. Commodity-related products may be extremely volatile, illiquid and can be significantly affected by underlying commodity prices, world events, import controls, worldwide competition, government regulations, and economic conditions, regardless of the length of time shares are held.