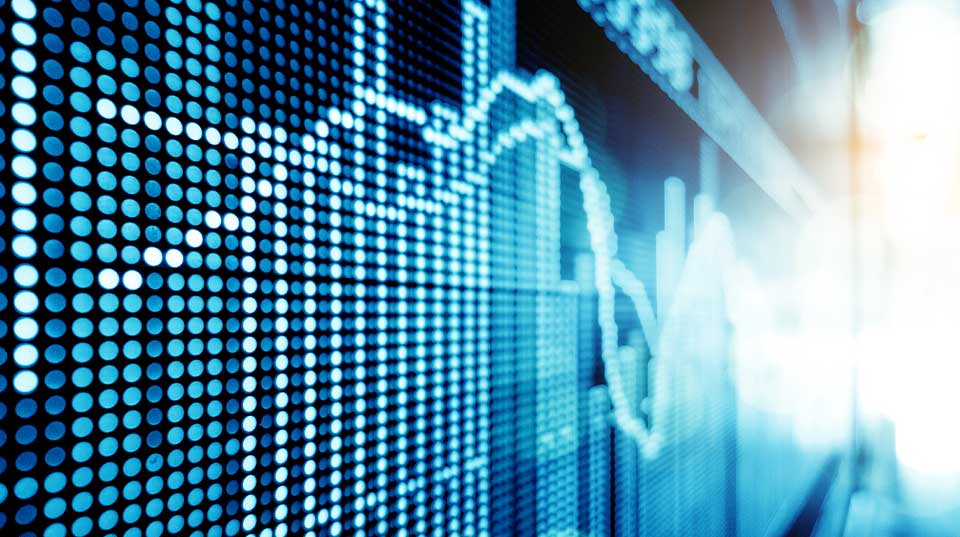 Equities are modestly higher early Friday morning following a relatively bumpy ride for investors this week. Even with this morning’s 0.6% gain the S&P 500 is still down over 1.5% on the week which was largely driven by concerns over a resurgence of COVID-19 cases in Europe and drawn out discussions among lawmakers regarding the next round of fiscal stimulus. Technically, the S&P 500 hit the 10% correction mark yesterday based on the intraday low of 3,209 from the September 2nd closing high of 3,580, so that may be contributing to some of this morning’s bounce:

Although we really haven’t really gotten into the thick of Q3 earnings, there have been 13 out of the S&P 500 companies that have reported and out of those 83% have beat on the top line while 91% have beat on the bottom line. Last quarter 65% beat estimates on the top line while 85% beat on the bottom line versus the respective 59% and 65% seen in the prior quarter. Here are some of the higher-profile names that reported this week:

Below are some of the higher-profile names that will be reporting next week. I’ve identified the ones I’ll be keeping my eye on in bold below.

The Cboe Volatility Index (VIX), although elevated at its current level of 27, appears to have found a trading range of roughly 25 to 30 over the past two weeks. And it appears that VIX traders are not expecting volatility to subside as we approach the 2020 U.S. elections. If you look out to the VIX term structure there is a gradual rise to the low 30’s over the next two months, which is currently topping out at around 33 (currently) at the November 18th expiration. It’s possible that the VIX futures could come down to converge with the current spot price, but it doesn’t seem likely given the uncertainty around COVID-19, fiscal relief and the election, so expect volatility to be the norm for the time-being.

Molson Coors Brewing Co. (TAP - $0.30 to $32.75): Puts are outpacing calls ~11:1 which is primarily being driven by a 10.98K block that was sold on the October 16th 30.00 put at the bid price of $0.25. The put sale suggests that the block trader believes that TAP will close above the $30.00 price level at expiration and/or is comfortable taking a long 1.098M share position in the stock at an effective purchase price of $29.75 in the event that it closes below that level at expiration.

Endo International PLC (ENDP + $0.23 to $3.24): Option volume is running at roughly 40x the daily average of 158 contracts as option traders primarily target the October 16th 3.50 call. Volume on this contract is 2,693 (vs. open interest of 9) which mostly consisted of various-sized blocks that were being bought for between $0.10-0.25 each, suggesting bullish intent.

iShares MSCI Taiwan ETF (EWT + $0.07 to $43.27): Option volume is running at over 8x the daily average of 416 contracts as option traders primarily target the November 20th 37.00 put. Volume on this contract is 2,911 (vs. open interest of 5) which mostly consisted of various-sized blocks that were being sold at the bid price of $0.45. The put sales suggest that the put sellers expect EWT to remain above the $37.00 price level at expiration.

S&P 500 Index ($SPX + 57 to 3,304): As previously mentioned the SPX hit the 10% correction mark on Thursday and the good news for the bulls is that it also appears to have roughly lined up with the 3,200 support level. However, its’ too early to say whether that will be the extent of this recent pullback, as the index still needs to get back above the 50-day Simple Moving Average (SMA). Therefore, the near-term support remains 3,200 and the 50-day SMA (currently 3,351) will be considered near-term resistance until proven otherwise.

NASDAQ Composite ($COMPX - 156 to 10,951): The NASDAQ sustained a slightly bigger drop (-13%) than the SPX during this recent downdraft, but the index is in a similar situation in that it needs to reclaim the 50-day SMA before the bulls can feel more comfortable from a technical perspective. Therefore, 10,500 appears to be near-term support and the 50-day SMA (currently 11,024) is likely near-term resistance.

Russell 2000 Index ($RUT + 10 to 1,555): the Russell 2000, which has relatively underperformed this year, is in a bit of a different set-up. The index closed below its 200-day SMA on Thursday but is pushing through it pretty convincingly this afternoon - this is a good sign if you are bullish.

Economic data was fairly sparse this week, which was highlighted by strong housing data. Here’s a recap of the individual reports that came out this week:

Key takeaways from this week’s data:

Here’s a look at next week’s line-up:

We’ll be getting a pretty heavy dose of economic data next week and as is usually the case, market participants will likely be keenly focused on the monthly employment data. In addition, keep an eye on Thursday’s PCE Prices given the recent focus around the Fed’s change in inflation targets and rate policy.

Equities endure another round of volatility, but are closing the week out on a high note. While volatility is likely to persist, the market technicals appear to be improving following the recent correction.

Equity markets are hovering near the highs of the session as we approach the close, which is the kind of price action you want to see if you are bullish. At around 3:54 p.m. ET the Dow Jones Industrial Average is higher by 341 to 27,155, the S&P is taking on 51 to 3,298 while the NASDAQ composite is gaining 242 to 10,915. I’m not sure if we have more downside to this recent correction, but I’m encouraged to see the alignment of a 10% correction in the S&P 500 along with a bounce off the 200-day SMA in the Russell. It feels to me like the SPX/COMPX/DJI want to run up to their 50-day SMA for a test, which if so, would suggest we have some more near-term upside. Additionally, if we get some progress on the fiscal relief package this could act as a bullish catalyst, even if market participants are already expecting it. Therefore, my outlook for next week is bullish, but be mindful for some potential resistance if/when we hit those 50-day SMA’s on the major indices (27,500 on the DJI, 3,350 on the SPX and 11,025 on the COMPX).

Election 2020: How Do the Candidates’ Tax Plans Compare?
Paying for Long-Term Care: Explore Your Options

Options carry a high level of risk and are not suitable for all investors. Certain requirements must be met to trade options through Schwab. With long options, investors may lose 100% of funds invested. Multiple leg options strategies will involve multiple commissions. Protective puts increase your cost basis in the underlying security. Please read the options disclosure document titled "Characteristics and Risks of Standardized Options."

All stock and option symbols and market data shown above are for illustrative purposes only and are not a recommendation, offer to sell, or a solicitation of an offer to buy any security. Past performance should not be construed as indicative of future results.

Multi-leg options strategies will involve multiple commissions. Spread trading must be done in a margin account. Covered calls provide downside protection only to the extent of the premium received and limit upside potential to the strike price plus premium received. Commissions, taxes and transaction costs are not included in the examples used in this discussion, but can affect final outcome and should be considered. Please contact a tax advisor for the tax implications involved in these strategies.

Schwab does not recommend the use of technical analysis as a sole means of investment research. The information presented does not consider your particular investment objectives or financial situation (including taxes), and does not make personalized recommendations.

Please note that this content was created as of the specific date indicated and reflects the author’s views as of that date. It will be kept solely for historical purposes, and the author's opinions may change, without notice, in reaction to shifting economic, business, and other conditions. Indexes are unmanaged, do not incur management fees, costs and expenses, and cannot be invested in directly. Any opinions expressed herein are subject to change without notice.

Please contact a tax advisor for the tax implications involved in the strategies referenced in this article. Supporting documentation for any claims or statistical information is available upon request. Futures trading carries a high level of risk and is not suitable for all investors. Past performance is no guarantee of future results.

Investing involves risks, including loss of principal. Hedging and protective strategies generally involve additional costs and do not assure a profit or guarantee against loss. Data contained herein from third party providers is obtained from what are considered reliable sources. However, its accuracy, completeness or reliability cannot be guaranteed.

All references to subjects (securities, indexes, futures contracts, and options contracts) were derived based on screens conducted by the writer for certain anomalous activity such as volumes, volatility and other related market data. As needed for brevity, the writer may have applied discretion when choosing among screen outputs for inclusion. Such discretion may have been based on news reports or other considerations of public interest. The views or opinions are those of the writer, and are subject to change without notice. All referenced subjects were chosen for illustrative purposes only and should not be considered recommendations, offers to sell, or solicitations of offers to purchase.

Commodity-related products carry a high level of risk and are not suitable for all investors. Commodity-related products may be extremely volatile, illiquid and can be significantly affected by underlying commodity prices, world events, import controls, worldwide competition, government regulations, and economic conditions. The policy analysis provided by the Charles Schwab & Co., Inc., does not constitute and should not be interpreted as an endorsement of any political party.

The Global Industry Classification Standard (GICS) was developed by and is the exclusive property of Morgan Stanley Capital International Inc. (MSCI) and Standard & Poor's. GICS is a service mark of MSCI and S&P and has been licensed for use by Charles Schwab & Co., Inc. Index used for the 11 market sectors.