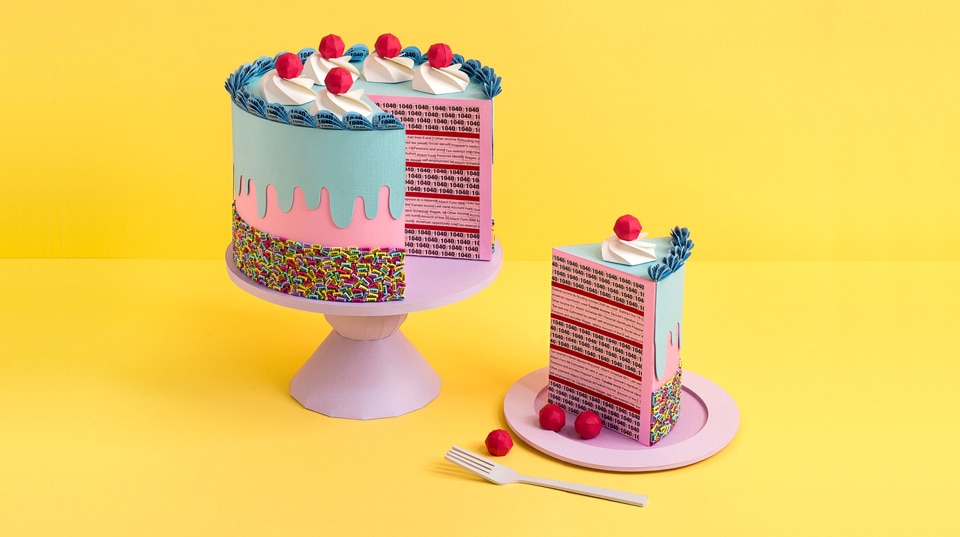 The nonpartisan Tax Foundation puts the number of words in today’s tax code at some 7.7 million. No wonder it’s such a hard recipe to follow.

“Taxes affect nearly every part of our financial lives,” says Hayden Adams, CPA, CFP®, director of tax and financial planning at the Schwab Center for Financial Research. “It’s no surprise, then, that even seemingly small slip-ups can have a major impact on how much tax you owe, and consequently how much of your income you get to keep.”

If you participate in your employer’s workplace retirement plan, you’re most likely enrolled in a traditional 401(k) or similar account, which allows you to make pretax contributions that reduce your taxable income dollar for dollar. The immediate tax benefit of such contributions is appealing, to be sure, but it might not be the best option for your particular tax situation.

Enter the Roth 401(k), which you fund with after-tax dollars—meaning there’s no immediate tax benefit when you contribute—but which offers tax-free growth and tax-free withdrawals in retirement.1 According to Plan Sponsor Council of America, roughly 70% of employers offer Roth 401(k) options, yet just 18% of workers contribute to them—a trend Hayden attributes to a behavioral tendency known as status-quo bias. “When a traditional 401(k) or similar account is the default option, it’s hard to overcome inertia and make a change,” he says.

Roth accounts tend to be best for those who believe their current income tax rate is lower than it will be when they’re ready to take withdrawals. “Younger workers who still have relatively low income often fall into this group,” Hayden says. “However, even higher-earning individuals who want tax flexibility in retirement may want to consider a Roth, since it’s a hedge against potentially higher future tax rates.”

Read more about how to determine if a Roth 401(k) is right for you.

Letting taxes eat into your returns

Every dollar lost to taxes is one you can’t spend or reinvest for potential growth, so it’s worth investing in the most tax-efficient way possible. “You have to be especially careful with investments held in taxable brokerage and savings accounts, because over time taxes can have a huge effect on your after-tax returns,” Hayden says.

One rule of thumb is to hold investments that pay a lot of interest or nonqualified dividends—which are taxed at ordinary income rates—in tax-deferred accounts like 401(k)s and individual retirement accounts (IRAs), where you won’t pay taxes until you start making withdrawals.

Assets that tend to lose less of their returns to taxes make sense for taxable accounts such as your regular brokerage account. These investments include exchange-traded funds and tax-managed mutual funds, which trigger relatively few taxable distributions to shareholders, and municipal bonds, whose income is generally tax-free at the federal level and for in-state residents.

Another thing to keep in mind is that gains on stock-based investments held in taxable brokerage accounts are taxed differently depending on how long you held the asset before selling it. If you’ve owned an investment for at least a year and a day, any gains will be taxed at long-term capital gains rates of 0%, 15%, or 20% (depending on your income). Conversely, gains on investments held for a year or less are taxed at ordinary income tax rates—which are as high as 37% for those in the top tax bracket—plus a 3.8% surtax for individuals whose modified adjusted gross income is more than $200,000 ($250,000 for married couples).

Having too much tax withheld from your paycheck

According to IRS data, nearly three-quarters of Americans received tax refunds in 2019, with the average refund totaling just over $3,000.

Many taxpayers appreciate receiving a windfall each spring, but having too much tax withheld from your paychecks is like giving the U.S. government an interest-free loan until you receive your refund. “There’s an opportunity cost that comes from withholding too much in taxes,” Hayden says. “You could have been investing those dollars for potential growth rather than letting them sit stagnant in government coffers.”

In a perfect world, your withholding amounts would equal your tax liability for the year, resulting in neither a tax bill nor a refund. It’s hard to get it exactly right, but the IRS Tax Withholding Estimator  can help calculate whether you should adjust your withholding. “In general, it’s a good idea to review your withholding at the start of the year and then again about halfway through,” Hayden says, “particularly when there are changes to tax law or your personal circumstances.”

Failing to take the IRS-mandated required minimum distributions (RMDs) from your tax-deferred 401(k)s and IRAs starting at age 72 will result in a 50% penalty on the difference between what you should have taken and what you did take.

However, a lesser-known hazard lies in withdrawing assets from your taxable, tax-deferred, and Roth accounts at the wrong times or in the wrong order. For example, because you’ve already paid taxes on any Roth contributions, the longer you wait to withdraw those funds, the longer those securities have to earn back that tax hit.

3rd: Maturing bonds and certificates of deposit from taxable accounts

“You could end up paying quite a bit more in taxes over the course of your retirement if you don’t draw down your savings in the most tax-efficient manner,” Hayden says.

When it comes to paying taxes on investment gains, common wisdom is to delay as long as possible. But with today’s tax rates near historic lows, realizing gains sooner might actually be the better way to go in some situations.

“The Tax Cuts and Jobs Act of 2017 reduced taxes for many people,” Hayden says. “But with those provisions set to expire after 2025, you may want to consider some tax strategies that allow you to capitalize on the lower tax rates while they’re still around.”

For example, converting some or all of your traditional IRA assets to a Roth IRA this year—and paying income taxes on the converted amount, including earnings—allows you to lock in today’s tax rates, which may be lower than they are in the future. And once you reach age 59½, withdrawals are entirely tax-free.2 “Assets in a traditional IRA are subject to the unknowns of future tax law,” Hayden says. “Assets in a Roth, on the other hand, are not—because you’ve already paid taxes on them.”

Likewise, today’s long-term capital gains rates are near historic lows. If you have sizable unrealized gains in your portfolio, you might want to consider strategically selling some of them to take advantage of today’s rates—a strategy known as tax-gain harvesting.

“With tax-gain harvesting, you sell some winning investments and recognize the gains today, potentially at a lower tax rate or no tax at all,” Hayden says. For example, say you currently have more losses than gains for the year. Rather than carrying forward the unused losses, you could realize the equivalent amount in gains this year, which would effectively zero out the taxes you would otherwise owe on those gains.

“If you don’t need the proceeds from the sale, you could even repurchase the exact same investment at today’s market value,” Hayden says. “Just be sure each and every share sold was for a gain.” (Any shares that are sold at a loss are subject to the wash-sale rule, which disallows losses for tax purposes if you purchase the same or a substantially identical security within 30 days before or after the sale.)

Let experts be your guide

Taxes can befuddle even the sharpest minds. “You may be capable of learning all of this on your own, but do you really want to?” Hayden says. “After all, there’s a world full of experts out there who can help guide you through this process.”

Tax-exempt bonds are not necessarily a suitable investment for all persons. Information related to a security's tax-exempt status (federal and in-state) is obtained from third-parties and Schwab does not guarantee its accuracy. Tax-exempt income may be subject to the Alternative Minimum Tax (AMT). Capital appreciation from bond funds and discounted bonds may be subject to state or local taxes. Capital gains are not exempt from federal income tax.